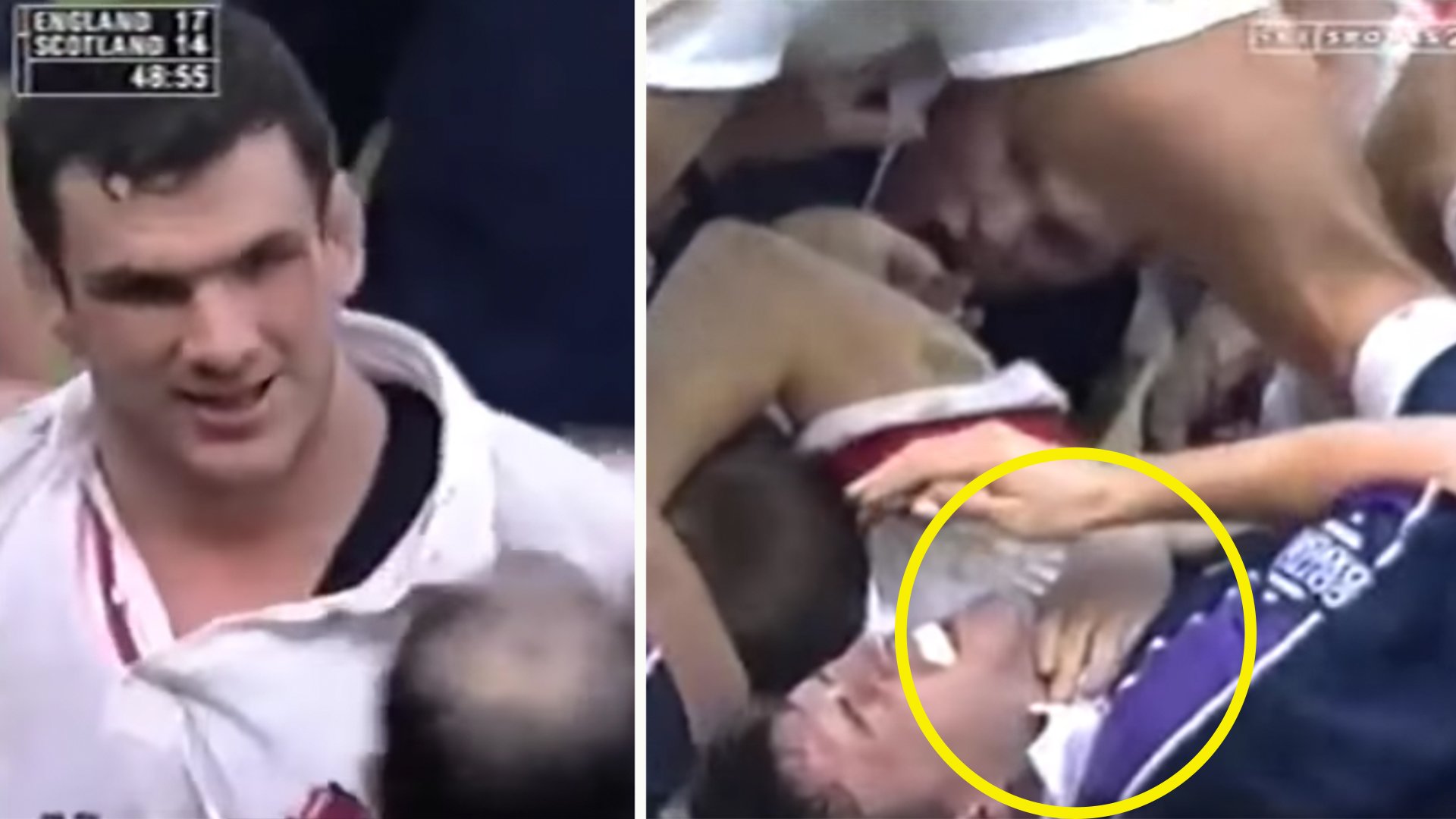 Vile act of thuggery from Martin Johnson that appalled a nation

This vile act of Martin Johnson thuggery would get you a lengthy ban in today’s game.

Back in 1999 England were hosting the Scots at Twickenham in what was a feisty encounter between the old foes.

Moments before this incident took place the then England captain Lawrence Dallaglio had already come to blows with Scotland lock Scott Murray.

A mass brawl broke out after the fight with England second-row Martin Johnson wading in to dish out some old-fashioned haymakers.

Before Johnson could fully immerse himself in the fracas – referee David McHugh broke up the players depriving the England thug of his day in the ring.

Minutes later we see the England captain charge into a ruck and commit an act that can only be described as daylight assault.

Johnson bolted into the ruck only minutes after the first fight – electing to use his studs to clear out any Scottish player that stood (or should we say -lay) in his way.

In this instance, Scottish centre John Leslie was lying on the ground and received the full force of the England captain’s boot right in his throat resulting in the Kiwi-born Scot to writhe around on the floor in agony.

Inexplicably the referee only showed Johnson a yellow card in what was a big let-off for England who went on to win the game 24-21 in a well-fought contest.

The act of foul play committed by the World Champion skipper caused huge controversy after the game with Scottish Sports minister, Sam Galbraith, describing it as ‘absolutely appalling act’.

The England lock defended himself after the game claiming that he only wanted to ruck Leslie out and that he didn’t connect with his throat deliberately.

What do you think of this piece of Martin Johnson thuggery?