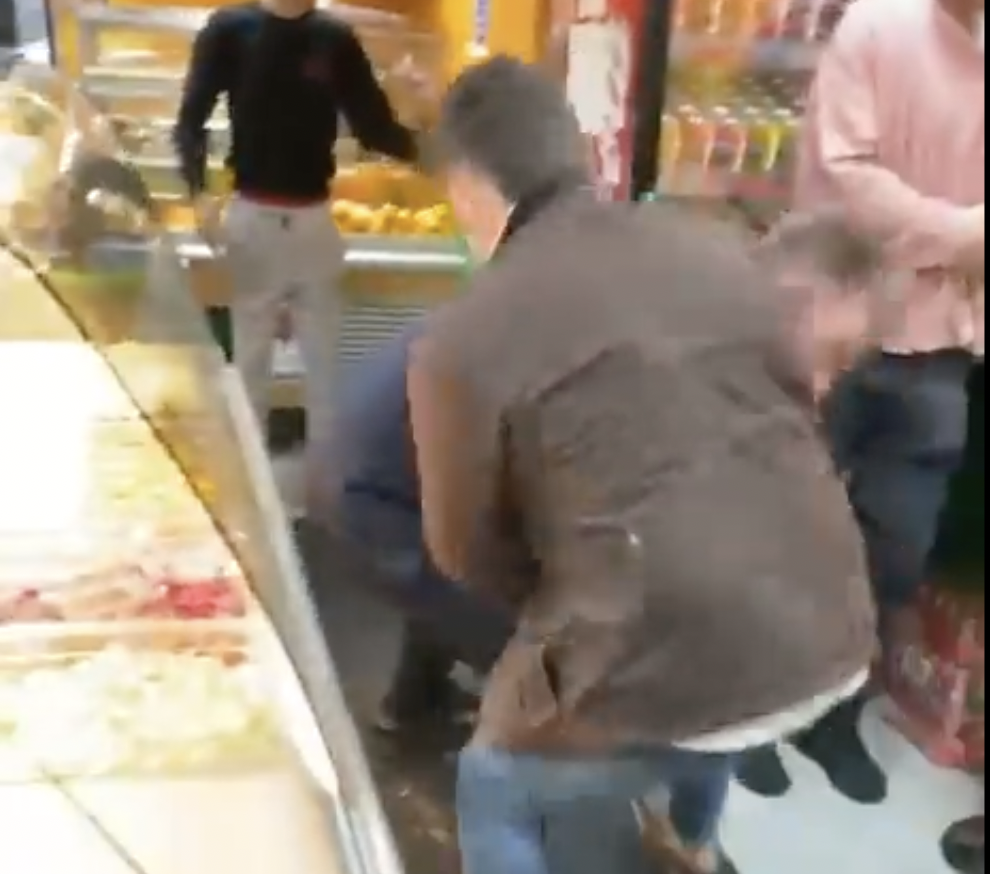 Though former Cardiff No8 Xavier Rush may have retired, one thing is for certain- he is still a beast, but the Kiwi looks to have traded the turf of Cardiff Arms Park for Cardiff kebab houses since hanging up his boots in 2012.

Footage has gone viral this week of one fan mustering up the courage to charge into the ex All Black, and it does not end well for him. With about a two metre run up, the gentleman sprinted into Rush, who dipped his shoulder and left his opponent flat on his back. Rush casually turned back to receive his order as if nothing happened.

The eight-cap All Black was famous during his career for his brute strength with ball in hand and his robust physique, so it was always a tall order to budge him.

It must be stressed that this looks like it was organised, and it is highly unlikely that the former Cardiff star spends his Saturday nights decking unsuspecting kebab house customers.