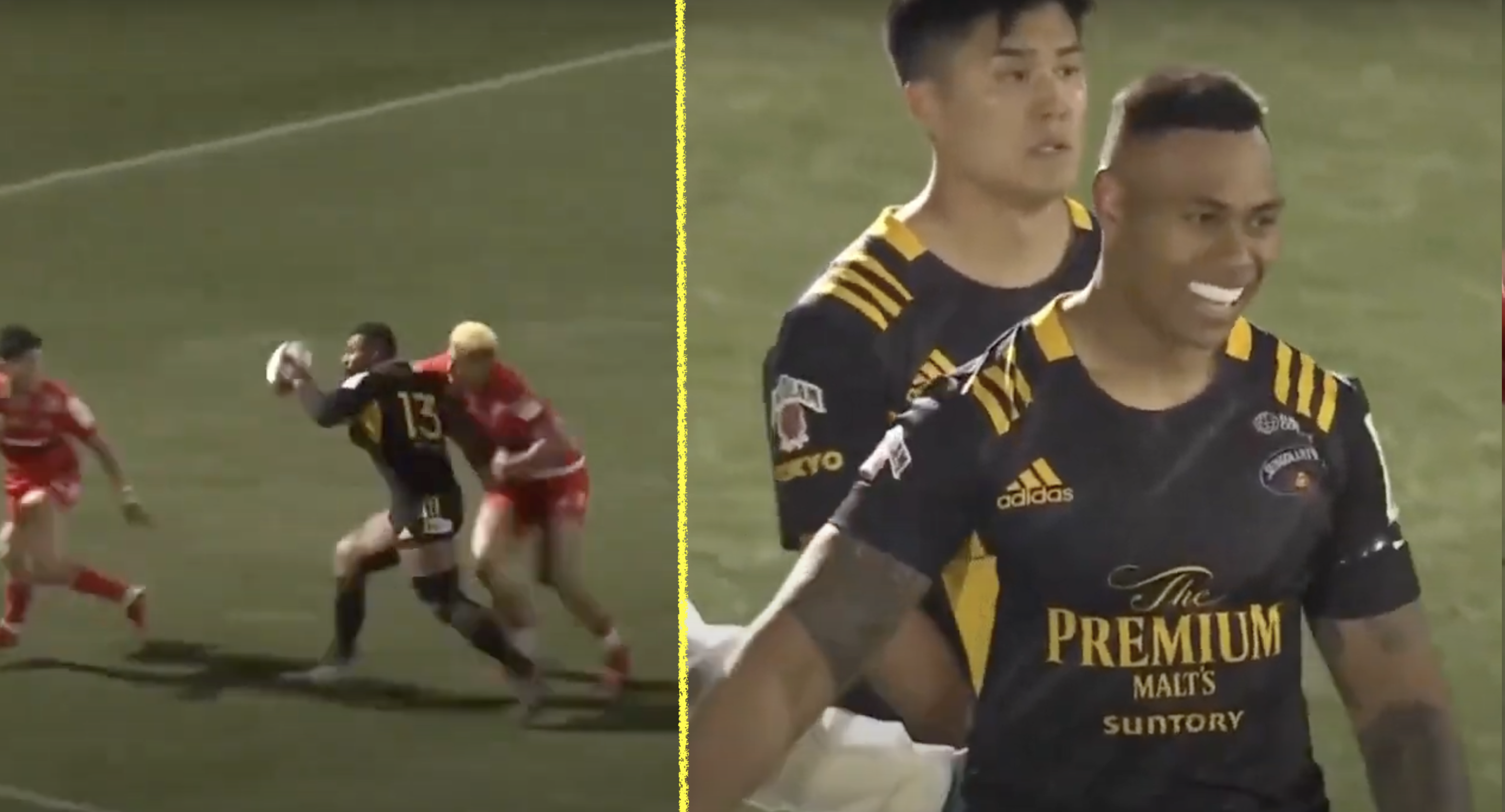 Wallaby and Kiwi team up for physics-defying finish

With Japanese League One season drawing to a close over the coming weeks, it is unlikely there will be a better finish this season than Tevita Li’s last month for Suntory Sungoliath against the Kobe Steelers.

The former New Zealand under-2o wing teamed up with Wallabies centre Samu Kerevi to produce a physics-defying finish in the corner last month.

After Kerevi managed to get a one handed offload away, Li’s chances of scoring looked slim when he had to catch the ball behind his back. He was then tackled with his back actually facing the try line, but managed to pirouette in the process of being tackled to dot the ball down. The try has been shared by Jacob McDonald on YouTube and it was quite some finish.

Both players would have been boosted by the arrival of England head coach Eddie Jones in recent weeks, who resumed his controversial consultancy role after the Six Nations. Suntory head coach Milton Haig recently gave his view on the entire debacle.

“Eddie is over here at the moment helping us out. He’s hard at work. He’s not having a holiday here, that’s for sure,” said.

“He’s running a few drills for us around our breakdowns and doing a lot of talking to the young players.

“I think he gets a kick out of just helping out really and having no expectations. That’s probably a bit of rest for him in itself.

“I saw the kerfuffle that went on in the press over there (last year) – they probably won’t like it he’s talking to Samu Kerevi and Damian McKenzie at the moment.

“It’s a storm in a teacup – he’s just a rugby man and is really keen to talk to rugby people and see what he can learn off them.”