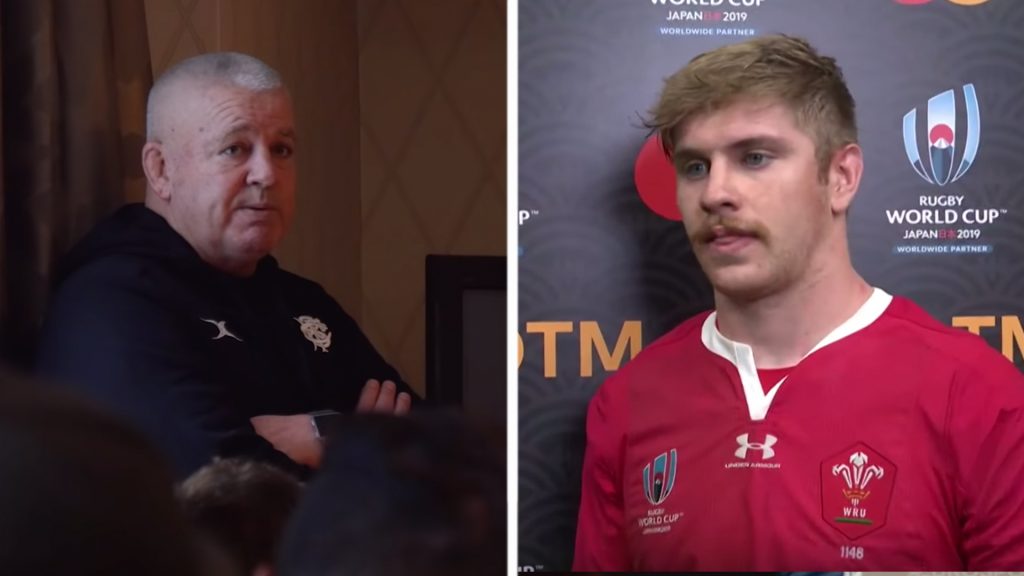 The former Wales coach was filmed giving a team talk to a Barbarians team before their clash against Wales in the Principality stadium. This was a real insight into what he thinks of Aaron Wainright.

The 22-year-old Welsh back row, who plays for Dragons, seriously impressed during the World Cup with a string of excellent performances. These performances helped his team get to the semi-final of the World Cup where they lost to South Africa.

RugbyPass gained exclusive behind the scenes access to the Barbarians during the week of their recent November 30 match versus Wales in Cardiff.

The fixture witnessed Warren Gatland coaching against the Welsh at his Principality Stadium farewell following twelve years in charge of the Wales national side.

The Barbarians game was also the emotional final match in the treasured professional rugby careers of Ireland’s Rory Best and South Africa’s Schalk Brits. They both retired after the final whistle sounded at the end of a memorable week captured by RugbyPass.

In the documentary, there was a scene where the Barbarians were filmed in a team meeting, where they discussed the players in the Wales team.

When Aaron Wainwright was mentioned Gatland had some pretty extraordinary things to say about the man, it was such a brilliant piece of insight into what he think of them.

You would never see an international team have a meeting like this, so this was a truly unique moment in rugby history, to see what a professional team meeting is really like.  This also gave us an insight into the coaching of Warren Gatland, who will be moving to the Chiefs in New Zealand next year.

Here is the video of Gatland giving his opinion on Welsh back row Aaron Wainright. This is so revealing!