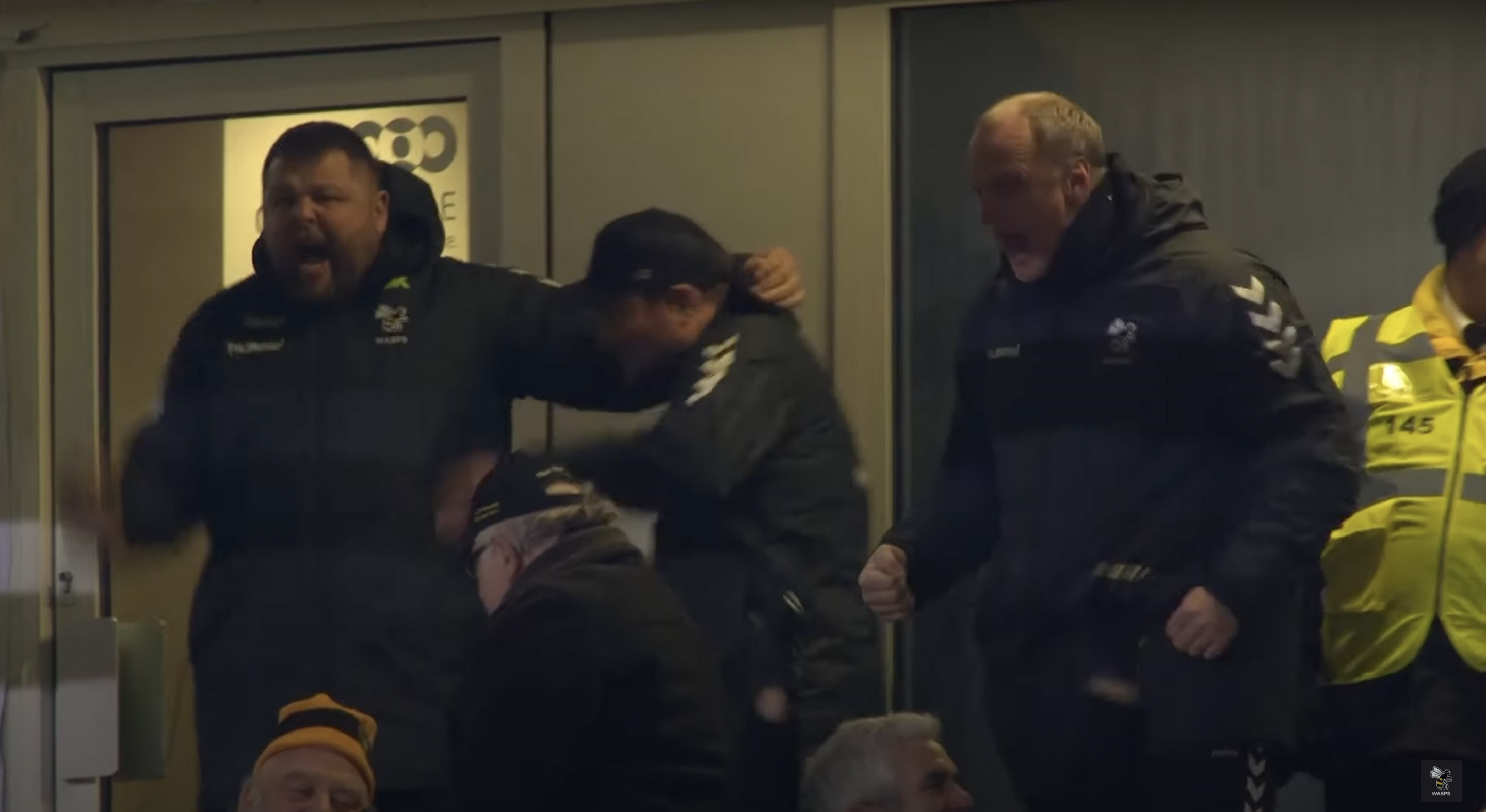 Wasps share the photo every fan has waited to see

Of all the teams in the Gallagher Premiership, Wasps have had the toughest start to the season in terms of their injury list. But it looks as though their woes are slowly coming to an end.

Not only has it been revealed that Lee Blackett’s side could welcome the return of winger Paolo Odogwu this weekend against reigning Heineken Champions Cup winners Toulouse, but their captain Joe Launchbury is also nearing a return.

Both Odogwu and Launchbury have been out of action for large stretches with ACL injuries. The bizarre thing is that they are not the only ones struck down with the injury, as England flanker Jack Willis has been out since February with the same affliction. Those are three big names for the club to be without for the first half of the season.

But Wasps shared a photo today that will fill a lot of fans with confidence, as it shows Launchbury back in training. The image appears to show the 69-cap conducting a team talk in training, alongside the caption “Leader.”

Launchbury is expected to make his return to action later this month for the first time since injuring himself against Bath in April. With the Six Nations starting in the first week of February, any machinations of a return to the England setup may be slightly premature, but there is a possibility that the lock could be in contention come the end of the Championship. If not, he should be firing on all cylinders by the end of the season ahead of England’s summer tour against Australia.

For now, Wasps will focus on Toulouse and the Coventry Building Society Arena this Saturday, where they will hope to build on their victory over Premiership leaders Leicester Tigers last Sunday. It does not get any easier for Wasps after that, as they face a trip to Thomond Park to take on Munster the following Sunday.