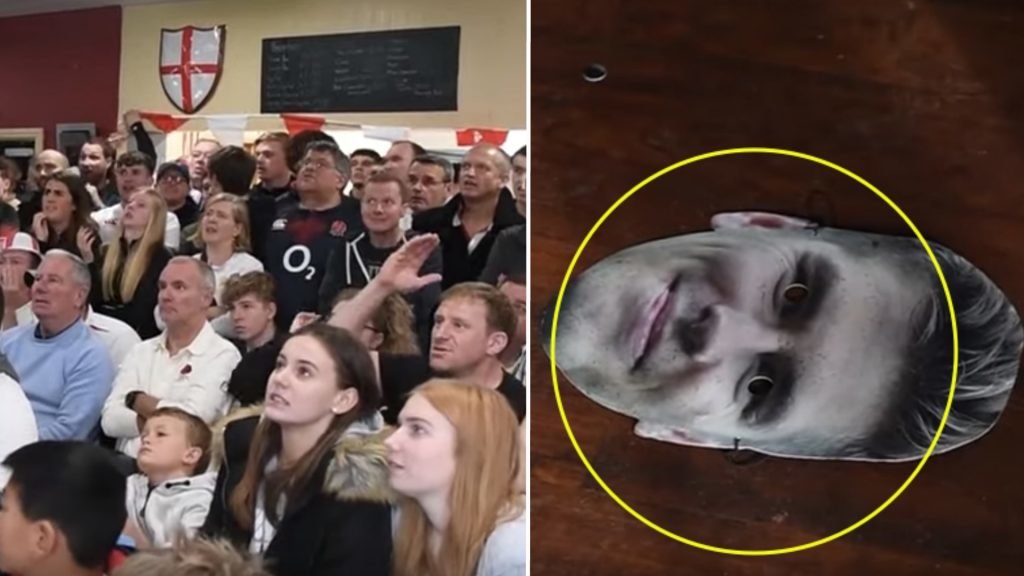 This is depressing viewing for England fans for sure, and wonderful for non-English fans. Collectively a fantastic watch.

South Africa have won their third Webb Ellis Cup (following 1995 and 2007), joining New Zealand on a record three World Cups. The Springboks became the first team to lift the Webb Ellis Cup despite suffering defeat at some point in their campaign. The 2019 Boks lost their opener against the All Blacks.

We found this video online of England fans watching the game live and you can collectively see the smiles leave their faces as the realisation dawns on them that their team is not going to win the World Cup.

We are sure there were scenes like this all over the country as people realised that this was not England’s crowning moment.

Handre Pollard raised his career RWC points total to 162 and moved into outright seventh place past Scotland’s Chris Paterson. Andrew Mehrtens is next on 163.  Pollard improved the record for most points by a Springbok in a World Cup final, the 15 by Joel Stransky in 1995, to 22.

The moment when the engraver started engraving South Africa before the game was over was truly brutal!

We will try and get footage from South Africa as soon as possible, we imagine it will be absolute scenes there collectively.

Just watch the England fans here reacting to the loss, pretty brutal we have to admit but also hilarious for non-English fans.

Send us in your clips via DM if you can, we want to see how everyone is either celebrating or commiserating the game.