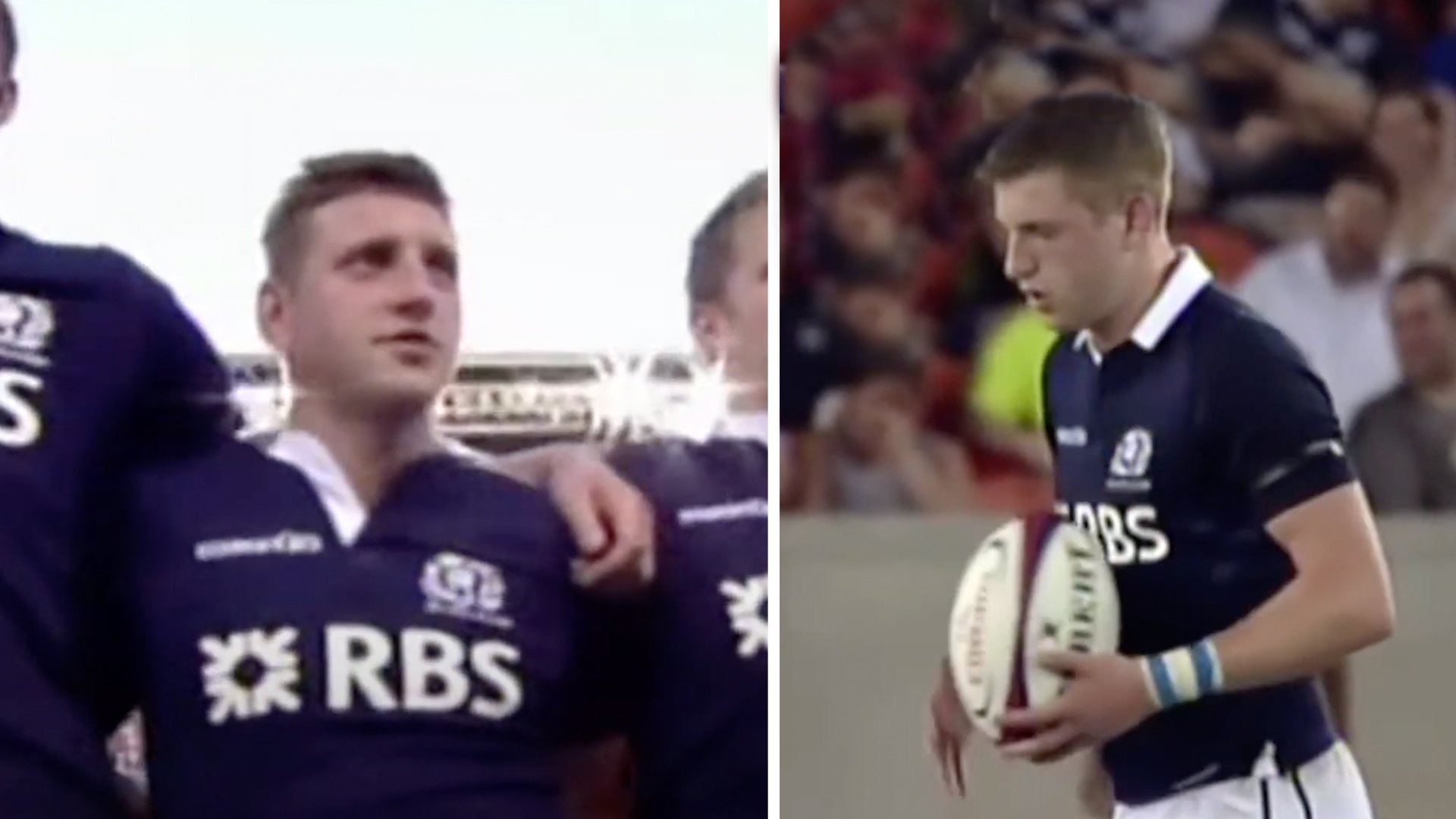 A video has been released on Finn Russell and his Scotland debut, in a game which gave us a flavour of just how the good the Scotland International would become!

Russel made his debut at just the tender age of 21 on tour to the USA and South Americas as an unknown. It’s fair to say not many would have predicted what this young talisman would go on to achieve in the game.

It wasn’t just a debut for the young Scotland fly-half but also for kiwi Vern Cotter so the eyes of the rugby world were on this fixture.

In 2014, Russell had what Scottish sportswriter Andy Newport called “a meteoric rise [that] saw the former Stirling County youngster blast his way into the national team in the space of six months.”

This game in Texas was Russel’s first chance to showcase his talent on the biggest stage, he certainly took that opportunity.

Here is the video of his debut performance against the USA.

Who knew he would go on to be Scotland’s best player ever?

The Finn Russell debut was just a flavour of the great things that this player would go on to achieve.

The player, who has recently signed for Racing 92, has helped to mastermind big wins for Scotland over the likes of England and South Africa.

Finn Russell was recently left out of the Scotland team for the 2020 Six Nations after tension broke out between himself and the coaching team there.

It looks like Russell will be back in a blue jersey sooner rather than later, however, as he appears to have patched up any ill feeling in recent weeks.

Russell spoke to RugbyPass recently about his future in rugby, saying that he hopes to return to the Scotland fold very soon.

This will be very good news for Scotland fans!