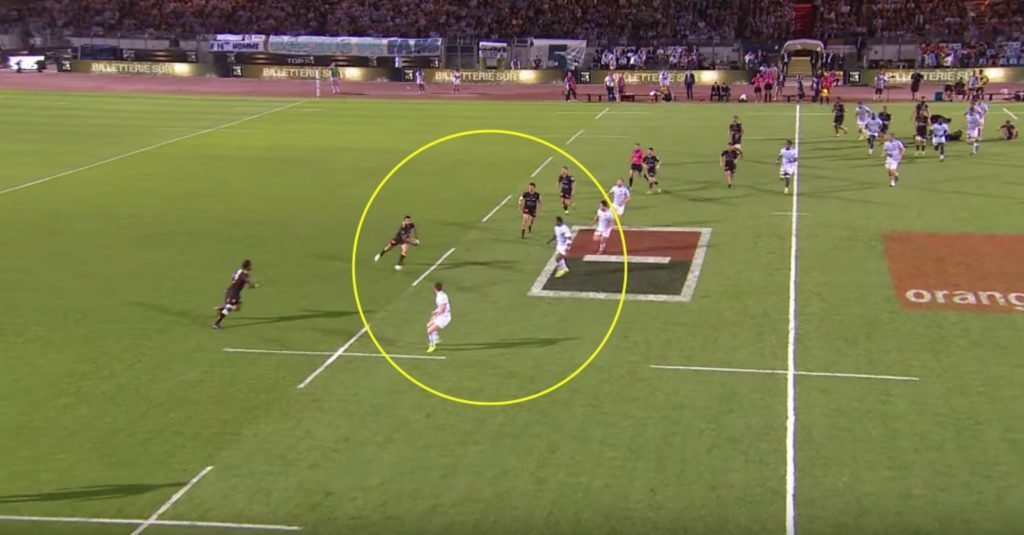 WATCH: La Rochelle scored one of the most outrageous tries of the season last night

This has to be a contender for try of the season? Look at the offloading here, absolute madness.

La Rochelle came out on top against Racing 92 in the playoff of the Top 14, and this try helped them on the way to that success. Also props to that sunset in the background!

In other news: Tahs gamble by resting players

NSW Waratahs coach Daryl Gibson plans to play all of his Wallabies against the Brumbies next round, meaning they will have to sit out the final round game even if it decides their Super Rugby season.

The Waratahs kept their faint hopes of playing finals alive with a 20-15 win over the Rebels in Melbourne on Friday night.

They face the Australian conference-leading Brumbies next round before a trip to Invercargill to take on the Highlanders – needing to win both and rely on other results going their way to make the top eight.

NSW still have to rest Sekope Kepu, Rob Simmons, Michael Hooper, Kurtley Beale and Bernard Foley for a match each this season as part of an agreement with Wallabies management.

Gibson revealed after the Rebels win he will keep his team at full strength for the Brumbies at BankWest Stadium, meaning they will have to sit out the Highlanders game even if it decides their finals hopes.

He said he made a decision midway through the season due to their faltering form to “back-end” the Wallabies’ breaks.

“I decided about six or seven weeks ago that given where we were in the competition, we were playing a short strategy in the fact that we needed to win games to stay alive,” Gibson said.

“So it was very clear – continue to try and rest people at different times or just go and win games.”

Gibson felt he owed it to his representative players to have them play in the Australian derbies as they vie for World Cup spots.

“I look at these games and I want to give the Australian players the chance to play against their peers – that’s important as there’s a lot at stake including competition points,” he said.

“It’s an opportunity for them to go against their rivals.

After the win over the Rebels they sit eighth overall and trail the Brumbies and Rebels by four points in the Australian conference.

If it came down to the wire Gibson could call Wallabi es coach Michael Cheika and ask for a favour but that would not go down well with other Super Rugby clubs who have rested players throughout the year as part of the agreement.

The Rebels still have to rest Test halfback Will Genia, which they will likely do next week against the Crusaders.

“That’s up to them – we will certainly do our part,” Rebels coach Dave Wessels said after the game.

“We sat in a room and agreed something, once you agree something you do it.”