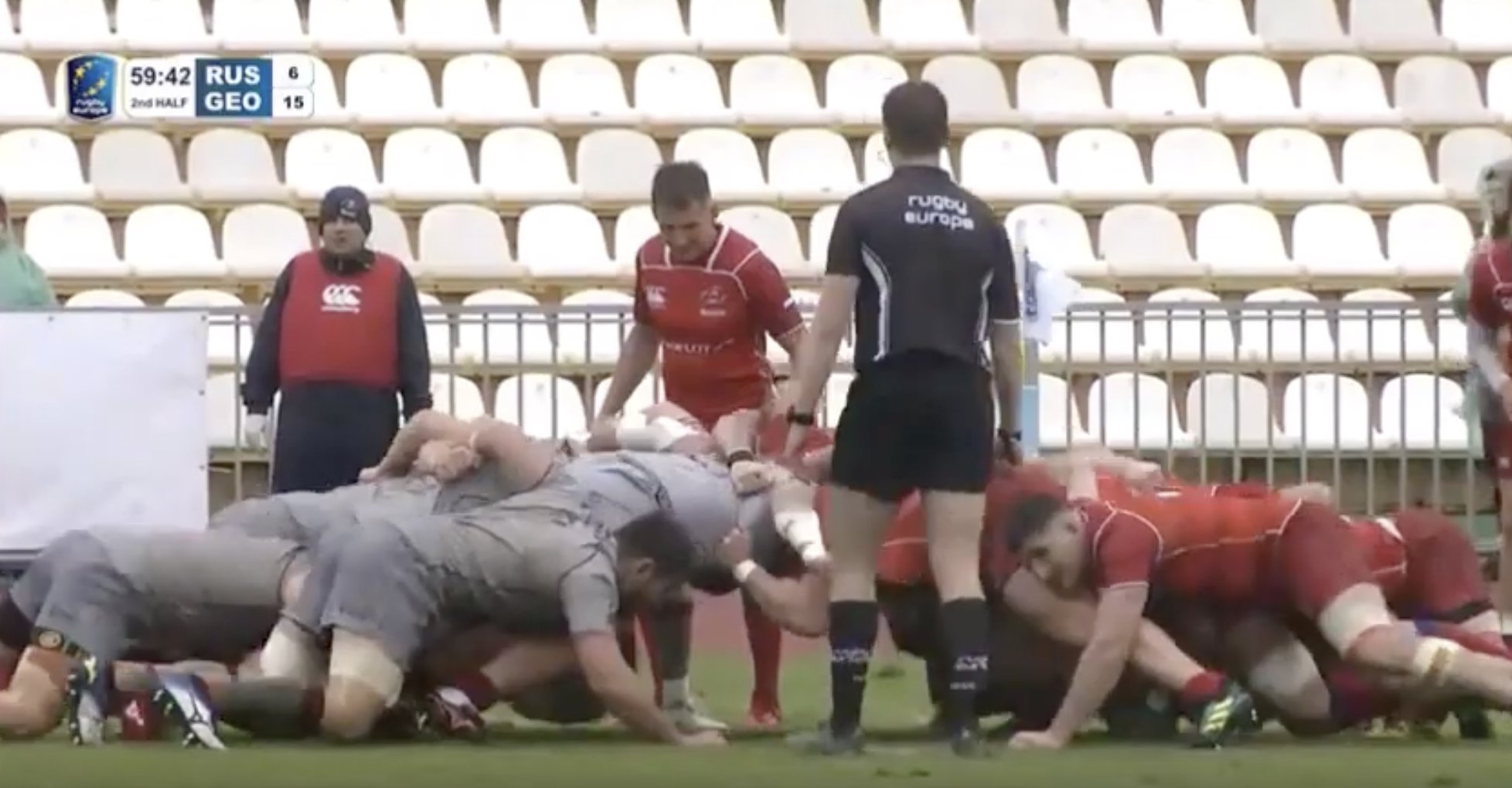 WATCH: The Georgian scrum has taken another victim. This time it’s Russia.

Georgia’s scrum relentlessly pulverises Russia time and time again winning an enormous 12 penalties including a penalty try during the REC match in March 2019 at Kuban Stadium in Krasnodar. This Georgian scrummaging performance sets a new record for most scrum penalties won by a side in a match between two top 20 international team under the new scrum laws in place since 2013.

Just look at how powerful they are.