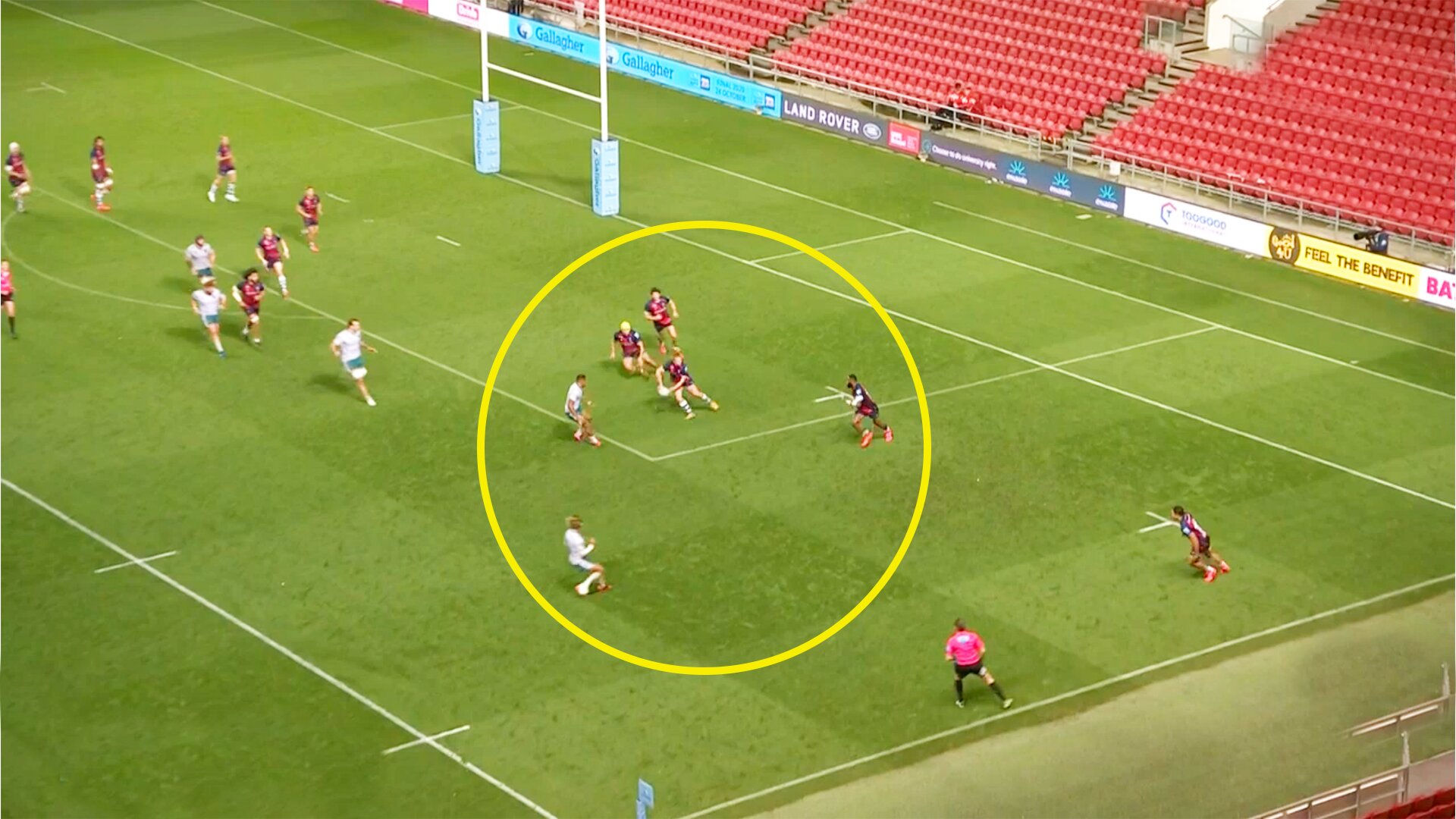 WATCH: The sensational Bristol score that everyone’s dubbing ‘the try of the season’

Fans in the Gallagher Premiership were calling this Bristol Bears score ‘the try of the season’ in last night’s clash at Ashton Gate.

The Bears dismantled a youthful Saints side by 47-10 in a convincing bonus-point win.

Pat Lam’s side played an entertaining brand of attacking rugby but it was their last try of the night that really grabbed the headlines with this sensational, length of the field, effort that was finished off by Piers O’Conor.

Fans were stunned by the score that many were calling the try of the season last night. Fans were lauding by the free-flowing style of play from Bristol last night with this try summing up the brand of rugby that coach Pat Lam has had his side playing this season.

Watch the sensational ‘try of the season’ from last night’s. clash at Ashton Gate

It’s far too easy for Bristol!

Was this the best try scored this season for you? Let us know what you think.

Outspoken player welfare advocate Ellis Genge will be happy his opinions during the lockdown have certainly not damaged his standing at Leicester, as he will captain the club for the first time when they visit Wasps in the Gallagher Premiership on Wednesday.

** to understand why, we’d suggest turning up the volume 🗣 pic.twitter.com/KNRqVivstG

The England loosehead had spent the initial part of the 2019/20 season’s suspension putting together plans for a new players union, Rugby Players Epoch.

However, he became disillusioned with the laborious challenge of having to individually negotiate with all 13 stakeholder Premiership clubs and shelved the idea on June 19, just weeks before the turmoil which existed across the top-flight game in England filtered down into the Leicester set-up.