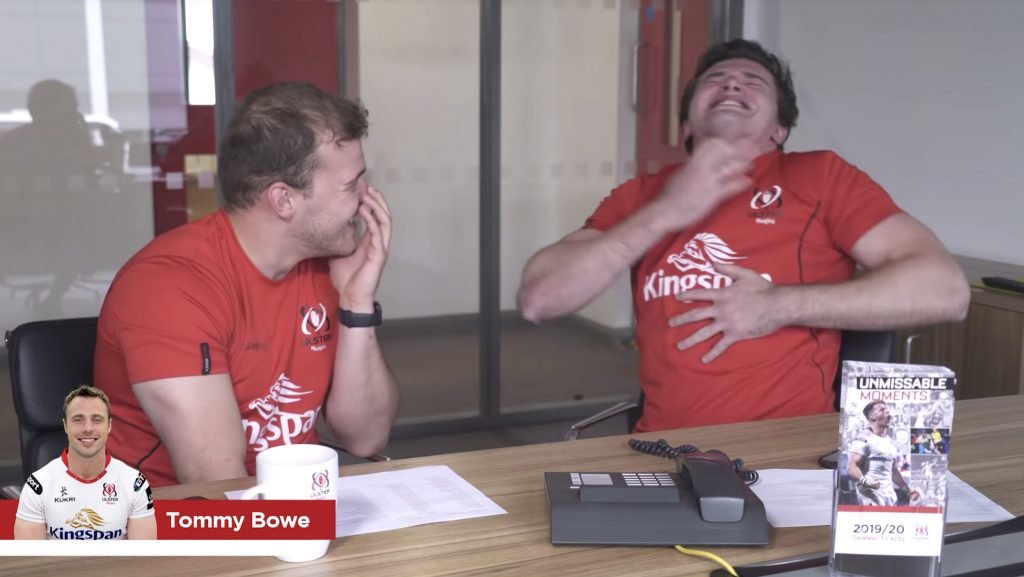 We have so much time for this kind of stuff, and we’re surprised that Stockdale managed to keep a straight face for so long to be honest!

The Irish winger and teammate Will Addison both called up former Ulster Winger Tommy Bowe, offering some hilarious questions about his future at the club and in the media.

We think Bowe knew . something was up quite early on but it’s still hilarious to watch as the lads crack up watching it.

We like seeing this kind of content, and other clubs should do this too. We just wish players would figuratively let their hair down more, but then we guess we’d all find ways to scrutinise them for it!

Furthermore, South African match officials Jaco Peyper and Marius Jonker will be involved in a number of internationals prior to RWC 2019.

The Springboks will play five Tests before the start of the RWC in Japan – three in the shortened Castle Lager Rugby Championship, one friendly against Argentina and a RWC warm-up game against Japan.

Williams is the man in charge when the Springboks kick off their Castle Lager Rugby Championship campaign against the Wallabies on 20 July in Johannesburg.

Berry will handle the much-anticipated rematch between the Springboks and All Blacks one week later, on 27 July in Wellington – the scene of South Africa’s epic win over the Kiwis last year – and Poite is the man in the middle when the Boks face Argentina in Salta on 10 August.

The referees in the Boks’ remaining matches are Englishman Pearce (friendly against Argentina on 17 August in Pretoria), while Berry is also scheduled to referee the Springboks’ RWC warm-up encounter with Japan, which takes place on Friday, 6 September in Kumagaya.

Meanwhile, Peyper and Jonker were also handed several Test match duties. They are involved in the Castle Lager Rugby Championship clash between the Wallabies and All Blacks on 10 August in Perth, where Peyper will be an assistant referee and Jonker the television match official (TMO).

The following week sees Peyper, South Africa’s most experience referee, take charge of the Bledisloe Cup Test between the All Blacks and Wallabies at Eden Park in Auckland, with Jonker as TMO. And Peyper will carry the whistle in the big RWC warm-up match on 24 August at Twickenham between Six Nations rivals England and Ireland.