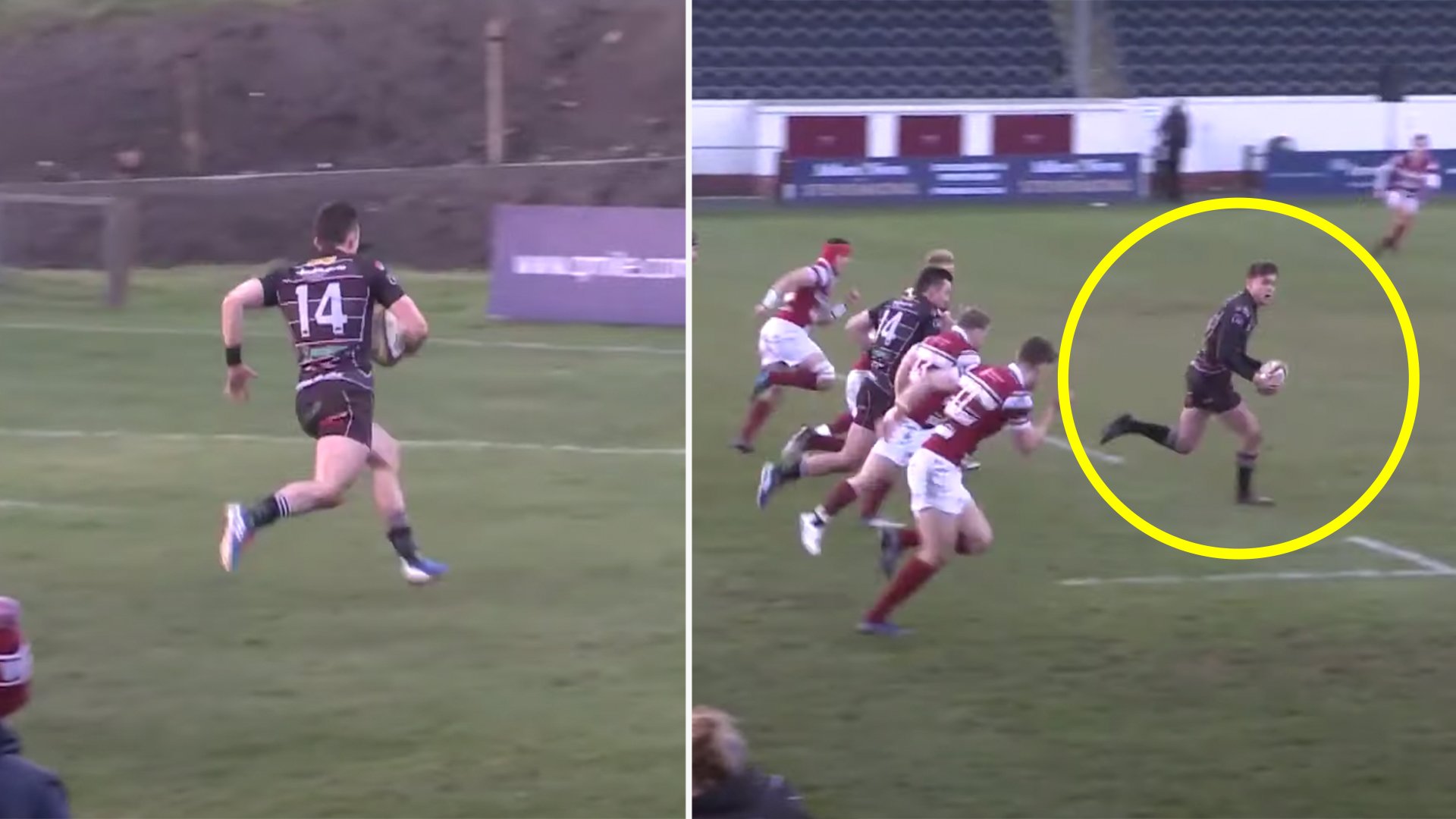 I spat out my morning cup of Columbian ground No7 roast this morning when I came across the highlight reel of Scottish youngster Ollie Smith.

This young 19-year-old Scottish youngster was on sensational form for Scotland’s Under 20’s squad. He plays on the wing or at full-back for the men in blue.

We’re not going to try and say he is the next Stuart Hogg. Because he’s better than that. This lad is going to be bigger and better than Hogg!

The winger has had plenty of success in the games that he has played so far, bagging two tries against Australia as well as his strong performances against the likes of England in the Junior Six Nations competitions.

What blew us away in this video we his power combined with his pace.

This is his description on the official Scottish Rugby page

Fullback/ centre Ollie Smith broke into Tennent’s Premiership side Ayr’s starting XV after coming through the ranks at rival Ayrshire side Marr.

Smith has previously represented Scotland at under-16, under-18, under-19 levels whilst his talents also reach into music where he can play both the piano and drums at a grade 3 level.

Smith was named in the U20 squad for the World Rugby U20 Championship in Argentina and grabbed two impressive tries in the pool stage defeat to New Zealand.

In other news lad…

Scotland captain Stuart Hogg has been voted the world’s best fullback by fans around the globe after defeating All Blacks playmaker Damian McKenzie in a poll on social media.

The experienced 27-year-old claimed the victory with just 0.2 percent to spare on RugbyPass‘ Facebook and Instagram accounts as part of the Straight 8 Fan Vote campaign to determine the best player on the planet in each position.

Hogg and McKenzie were left as the last two players standing in the third and final round of the knockout bracket after having fought off the challenges of some big names in the prior two rounds.