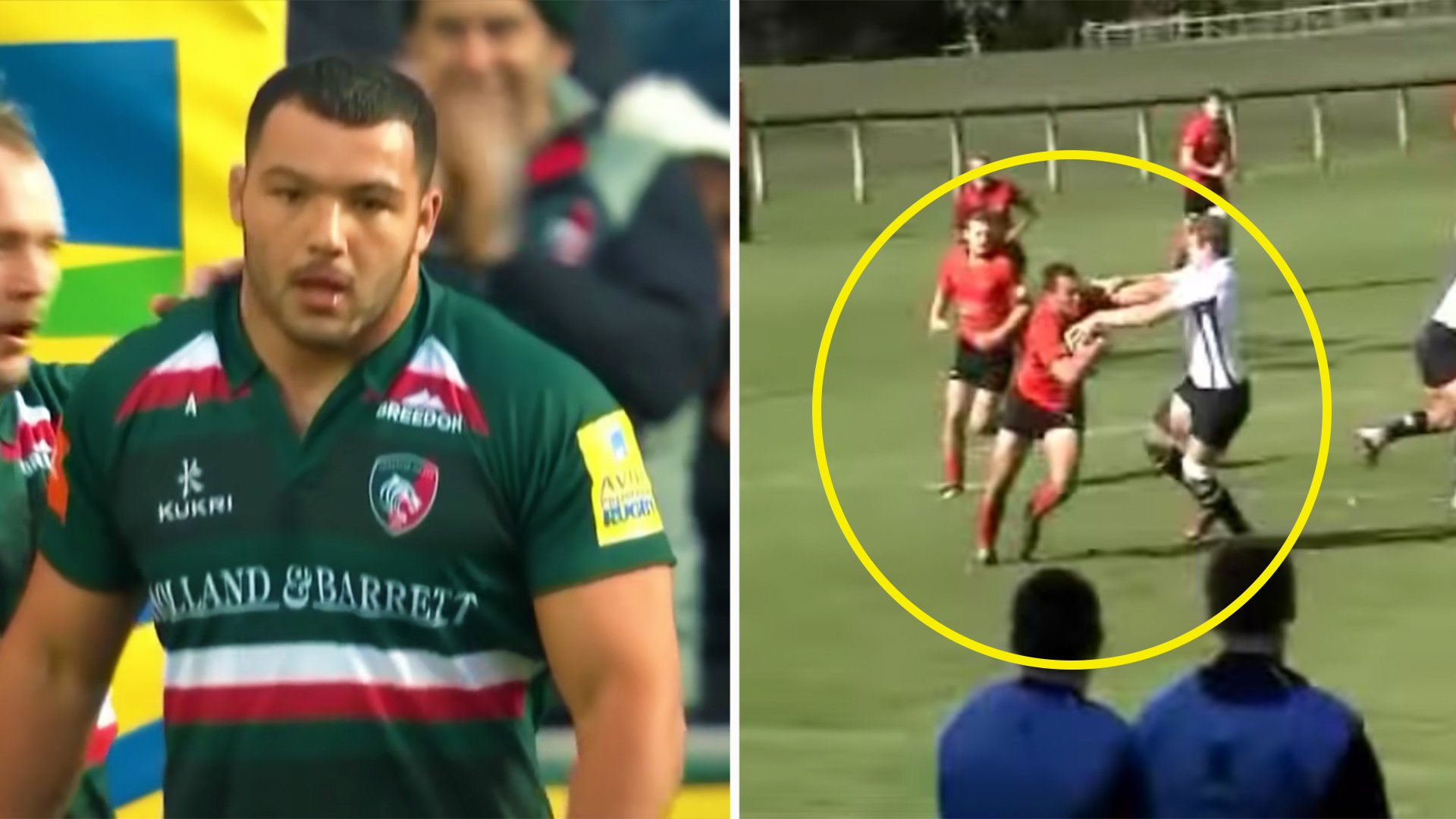 We’ve unearthed this incredible Ellis Genge footage from back in his schoolboy days and boy is it explosive.

This video taken from back in 2012 shows the Bristol man tearing it up at age-grade level as a 17-year-old.

It was clear that the England prop was already a cut above the rest.

Genge has been outspoken on major issues in the UK recently

In this incredible highlight reel we see Genge playing for Bristol side Old Redcliffians amongst others.

He’s playing in the back row for much of this video with many of his rampaging runs coming from pickups off the back of the scrum.

It’s clear to see why Ellis Genge became known as the baby rhino!

The channel from which this video originates is under the name of Ellis Genge himself – so maybe this highlight reel dropped all those years ago with the Bristol man looking to promote himself as a budding new prospect.

We’ll forgive Ellis for the questionable music choices in this footage but we’re grateful to be able to see this magnificent athlete just as he was starting out in the game.

The England man is so effective playing at number eight that you have to ask yourself – could he have made it to being a capped international player if he’d stayed in the back row? This video certainly suggests he could have!

Players and fans give afternoon rugby a massive thumbs up.

For the longest time, afternoon kick-offs in New Zealand have been restricted to Mitre 10 Cup matches and the odd test match. On Sunday, the Blues hosted the Hurricanes in the first mid-afternoon match of the Super Rugby Aotearoa season and it was a massive hit for both the fans and the players.

Over 43,000 spectators turned up at the sold-out Eden Park – rivalling the crowds that were on hand for the Blues’ match against the touring British and Irish Lions in 2017 and the Blues’ play-off matches in 2003.

Obviously, it helped that the Blues were sitting on a four-match winning streak and that new signing Beauden Barrett was set to make his debut for the club while the weather also thankfully played ball – but the fans showed that there’s certainly an appetite for afternoon footy in New Zealand.

Players have been clamouring for earlier matches too because the quality of rugby they’re able to play is typically significantly higher. By 7PM a heavy dew has normally set in around rugby pitches – especially so in winter – but there’s no such problem when matches kick off at 3:30.