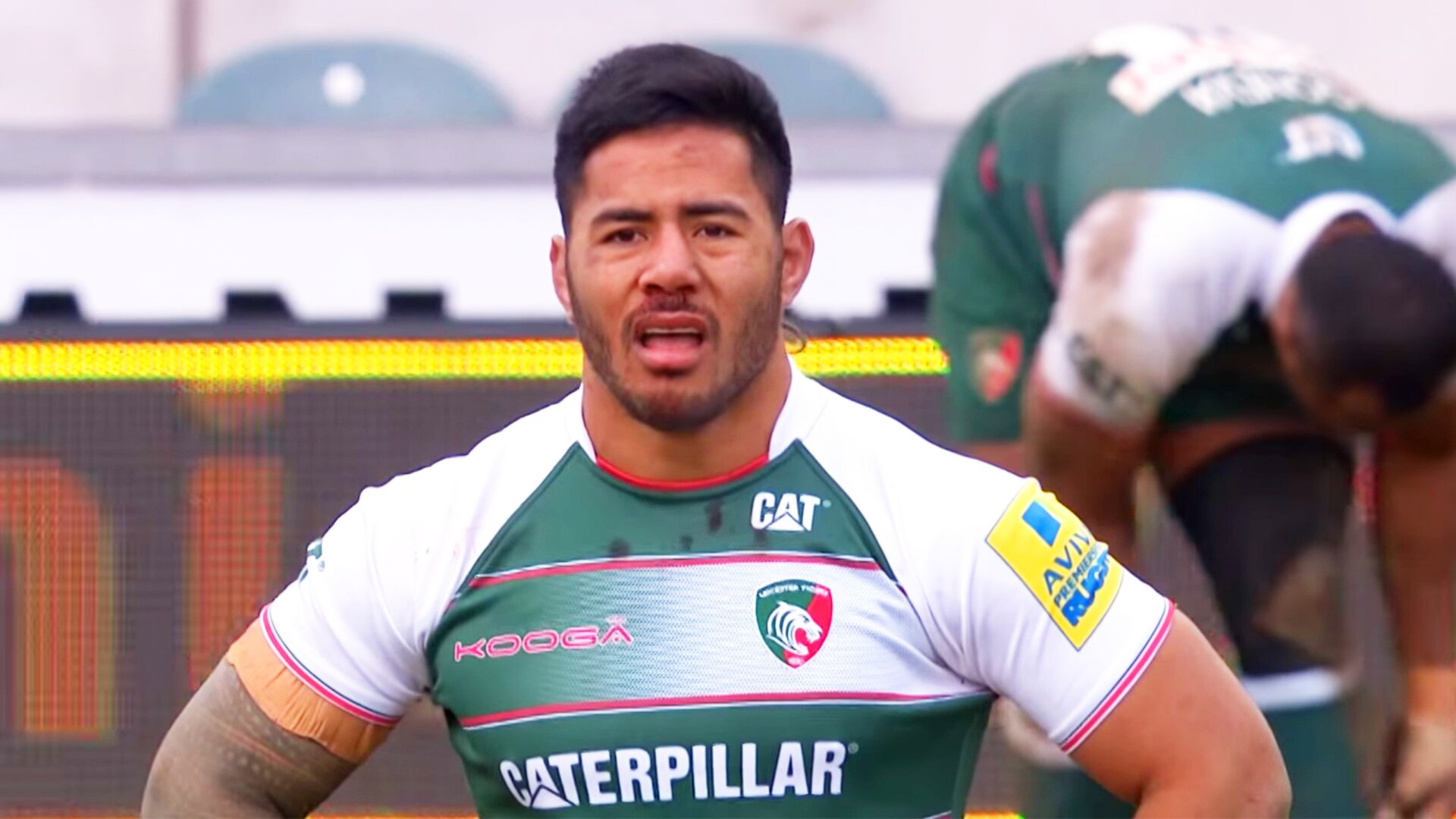 Leicester Tigers made the shock announcement yesterday that centre Manu Tuilagi would be leaving the club after over a decade at Welford Road.

The England and Lions powerhouse was stood down after refusing to sign a new deal on reduced terms following the coronavirus pandemic.

The news has rocked the rugby world this week

We at Rugby Onslaught have put together a list of clubs that could have the England man on their books come the start of next season.

The Devonshire side currently sit atop the Gallagher Premiership and would welcome Tuilagi into their ranks as a destructive asset to add to their already formidable midfield arsenal.

With the likes of Henry Slade and Ollie Devoto already at the Chief’s disposal, this would offer a powerful new dynamic to Exeter’s backline that is jam-packed full of pace and finesse.

Tuilagi is already well acquainted with the Chiefs

Eddie Jones has made it clear that Tuilagi is a big part of his plans going forward with England and will look to stop the 29-year-old from making a move overseas.

If it’s silverware Tuilagi’s after – Sandy Park is the place to go.

Wherever Tuilagi goes, he’s sure to command a sizable salary. Beziers is one club that could offer that kind of money.

The French D2 outfit has made headlines this week after reports came through that UAE investors were moving in to take over the club – with aspirations to invest in a Galacticos’esque super team that would rival any side in Europe.

The club has been linked with a whole host of stars around the world including, Beauden Barrett, Dan Biggar and Faf de Klerk.

Tuilagi’s exit from Welford Road may have come at just the right time for Bezier to make their move.

This Top League outfit could soon make a move to sign the Leicester outcast in what would be a highly lucrative deal for the Englishman.

Could Manu be tearing it up in Japan next season?

The Kobe based side have made a host of marquee signings in recent years with the likes of Dan Carter and Brodie Retallick lining up for the Japanese outfit.

England coach, Eddie Jones, has reportedly flown into England from Japan in a last-ditch effort to stop Tuilagi from making a move abroad.

Racing 92 has been heavily linked with Tuilagi in recent months and they could look to snap up the midfield maestro in the coming days to bolster what is already one of the best backlines in Europe.

With players like Finn Russell and Virimi Vakatawa already in their ranks – the French outfit could look to the 29-year-old Tuilagi to spearhead their Champions Cup ambitions in the coming years.

Manu Tuilagi could be the latest European star to set sail for Major League Rugby in what would no doubt be a big-money move for the England centre.

We’ve already seen big names such as Mathieu Bastareud and more recently Chris Robshaw who have signed for the Californian outfit.

This move would put an end to Tuilagi’s international rugby ambitions but it would be a huge acquisition for the San Diego and the MLS.

Do you think Manu Tuilagi will end up at any of these teams? Let us know what you think.