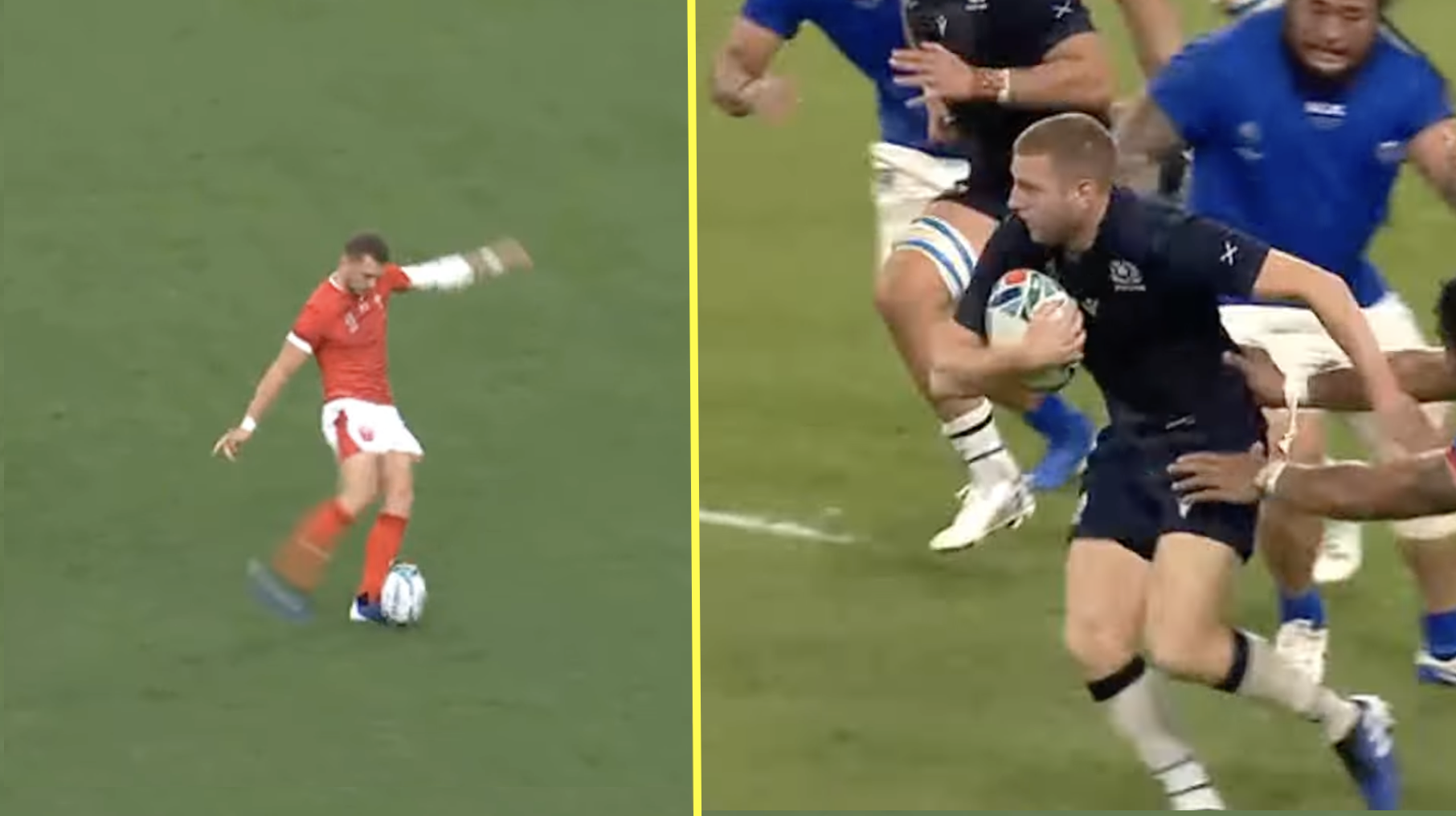 Why Biggar vs Russell is the ultimate clash of styles

The Heineken Champions Cup gets underway tomorrow with a clash between Northampton Saints and Racing 92 at Franklin’s Gardens.

The Saints are building more momentum with every match and come into this European contest in third place in the Gallagher Premiership. While the Parisian outfit are currently in eighth place in the Top 14, they have a wealth of Test players that are capable of producing a victory against any opponent.

This meeting is particularly intriguing as it is a match-up between two British & Irish Lions fly-halves as Wales’ Biggar lines up against Scotland’s Russell. This is the ultimate clash of styles, which was perhaps made no clearer in the Lions series against the Springboks this year.

Biggar has sometimes been criticised throughout his career for being too conservative and defensive, but it has undeniably worked for Wales, particularly under Warren Gatland. He started all three Tests against South Africa for the Lions this year under Gatland, as both sides opted for a territorial arm wrestle.

On the other hand, Russell started on the bench in the third Test, but ended up playing the majority of the match after an injury to Biggar. From there, the Lions played a slightly more expansive style of rugby but ultimately to no avail as they still lost, and ended up losing the series.

There is no set way to play rugby, and both players have been extremely successful with their own approach. This video shows how different each player is, but how effective they can be:

Racing 92 have made it no secret in recent years that they are hell-bent on winning Europe’s premier competition, having fallen in three of the last six finals. However, they will arrive in Northampton on a three-match losing run, while the hosts are on a two-match winning streak having comfortably eased past Bath on Saturday.