The newest episode of England rugby’s ‘The Next Level’ has revealed why the team eats chocolate and other junk food before their big matches.

The clip comes from the latest episode of England’s groundbreaking series following the national team as they play in the Six Nations and the Autumn Nations Cup.

England completed a dominant 18-7 win over Ireland this weekend in the Autumn Nations Cup in a match where many of the men in white gave outstanding performances. One of those was from their skipper, Owen Farrell.

The Saracens star put in a sterling display in defence and attack but it was this moment at the start of the second half that really sapped Irish spirit.

England are now top of Group A following this weekend’s win.

The episode showed how the England rugby team are allowed to have chocolates and chicken goujons before their rugby matches.

In the episode we could see the team chef bringing out food for the team to enjoy. 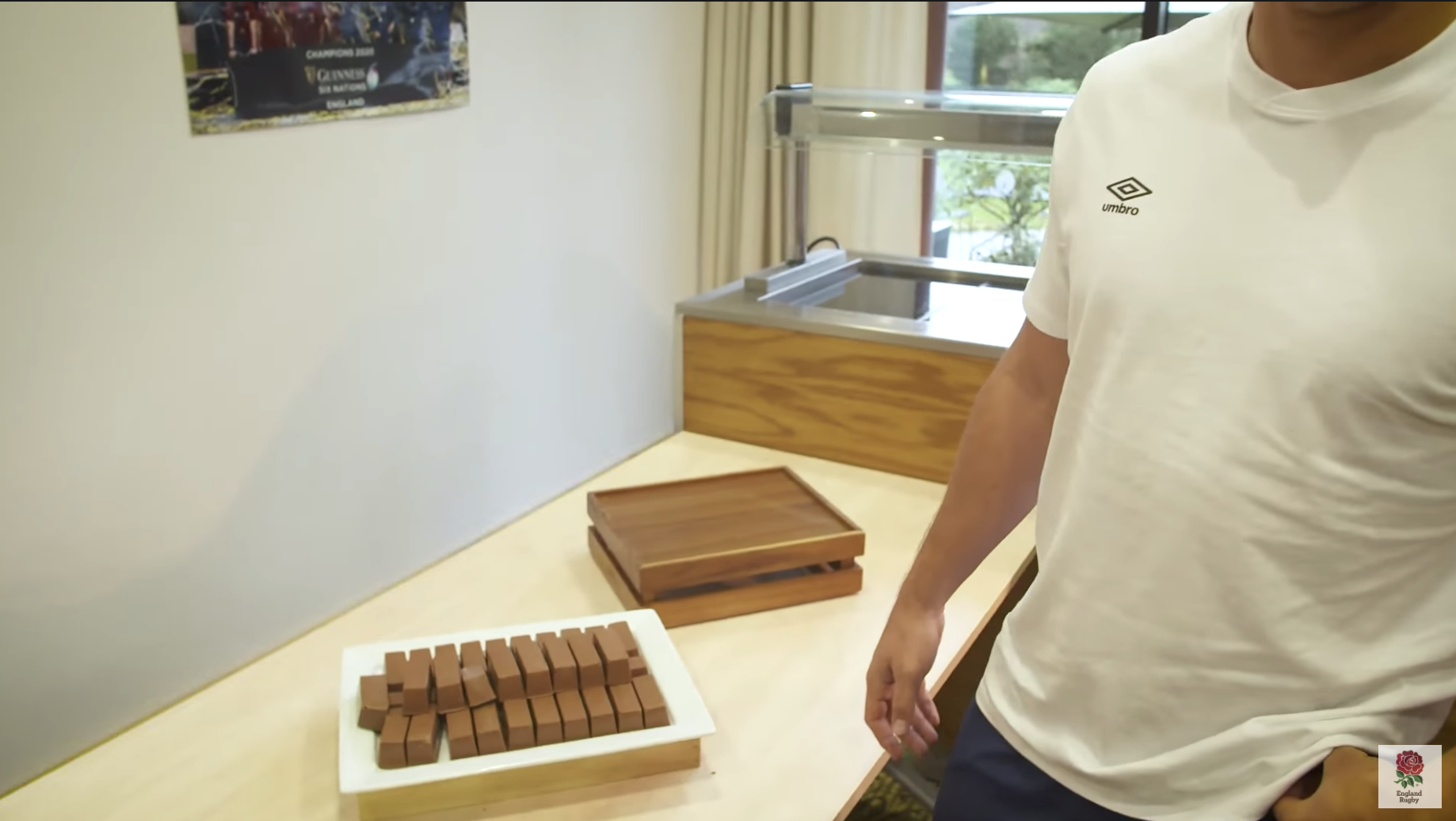 When former England international Richard Hill was asked why the team does this, he had this answer.

“I suppose the first time the chocolate biscuit became involved I think was 1999. It was brought in as a genuine treat. As a well done for the week. It slipped its way into the team room at 4 o clock, and it was well-received. All the players would have backed it wholeheartedly, it would have become a regular occurrence turning up at 4pm. If it didn’t appear they’d be all sorts of telephone calls going out to the S & C coaches wanting to know where it is. There was one time they removed it and they lost the match the next day.”

No wonder the junk food is held in such high regard.

It is good to know that rugby players are not all clean eating every hour of the day!