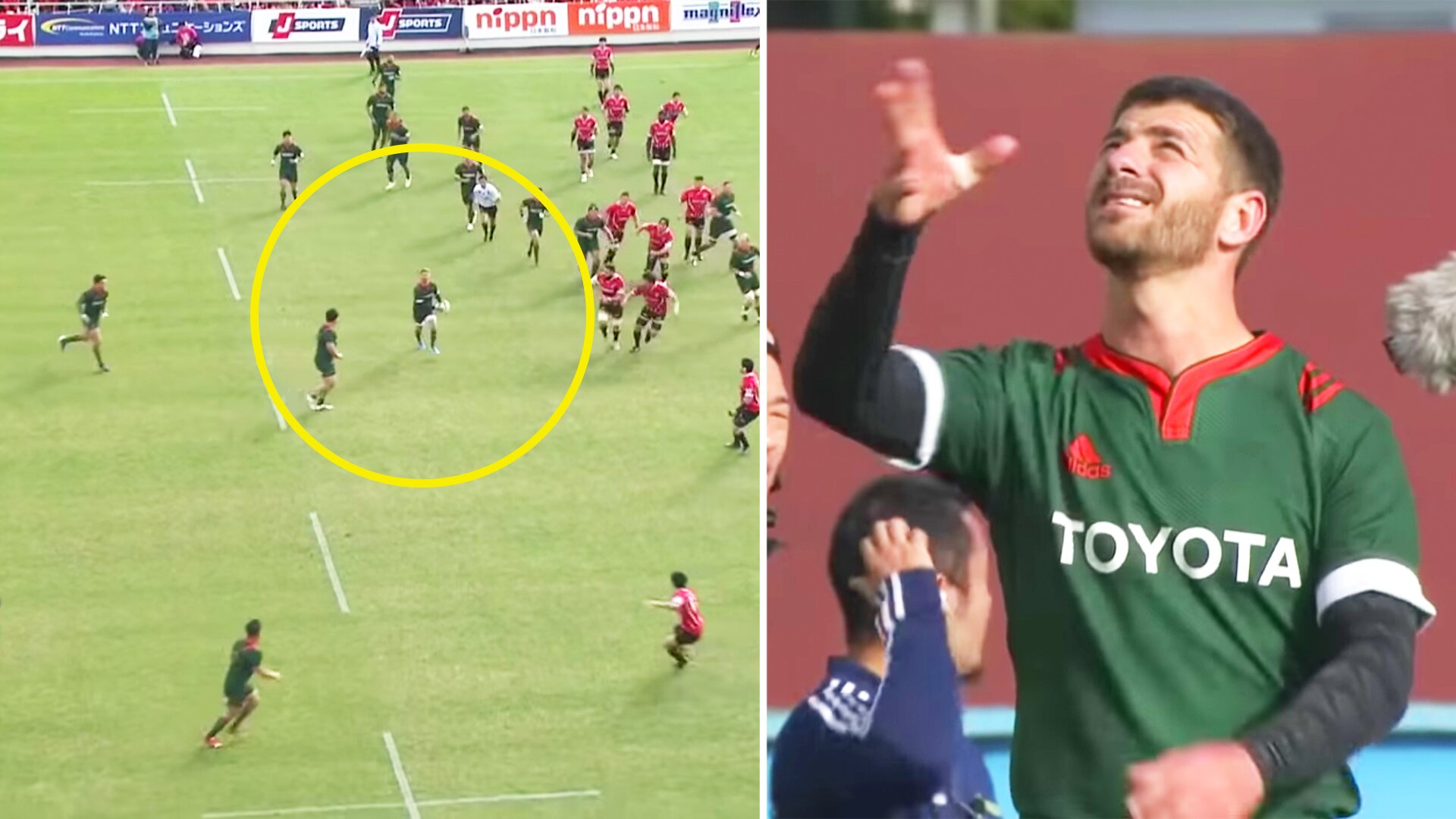 Willie Le Roux has been tearing it up in Japan’s Top League for Toyota Verblitz.

The 30-year-old Springbok fullback made the move East after representing Wasps in the English Premiership.

If this video is anything to go by – the South African’s still got it!

The four-minute video shows Le Roux dominating for the Japanese side as he excels in his playmaking.

Playing at 15, he showcases his brilliant handling skills to create try after try for Verblitz.

One of the highlights of this footage is a deft Quade Cooper’esque crossfield kick – completely against the run of play – that dumbfounds the opposition defence.

He seemed to coast at this level – almost like he was playing in slow motion!

Check out this brilliant video below

According to the Sunday newspaper Rapport  – the  South African full-back is said to be on the mend today after recently undergoing an appendectomy.

Le Roux complained of stomach pain after going for a long run and went to see a doctor.

He was treated with injections and Gaviscon but this did little to alleviate the pain in his stomach.  Over the following days Le Roux’s stomach pains were said to have become unbearable and he was rushed to the Somerset West Mediclinic.

His appendix was removed – and it was said to be full of bacteria.

‘I was really shocked,’ Le Roux said. ‘It was a pain that I had never experienced. The doctor said afterwards that if I had waited a day longer, my appendix would have burst. I got a massive scare and can’t even describe the pain that I was experiencing.’

It’s good to hear that the Springbok man is on the mend and we can be sure to look forward to more incredible highlight reels like this from him in the future when rugby returns.