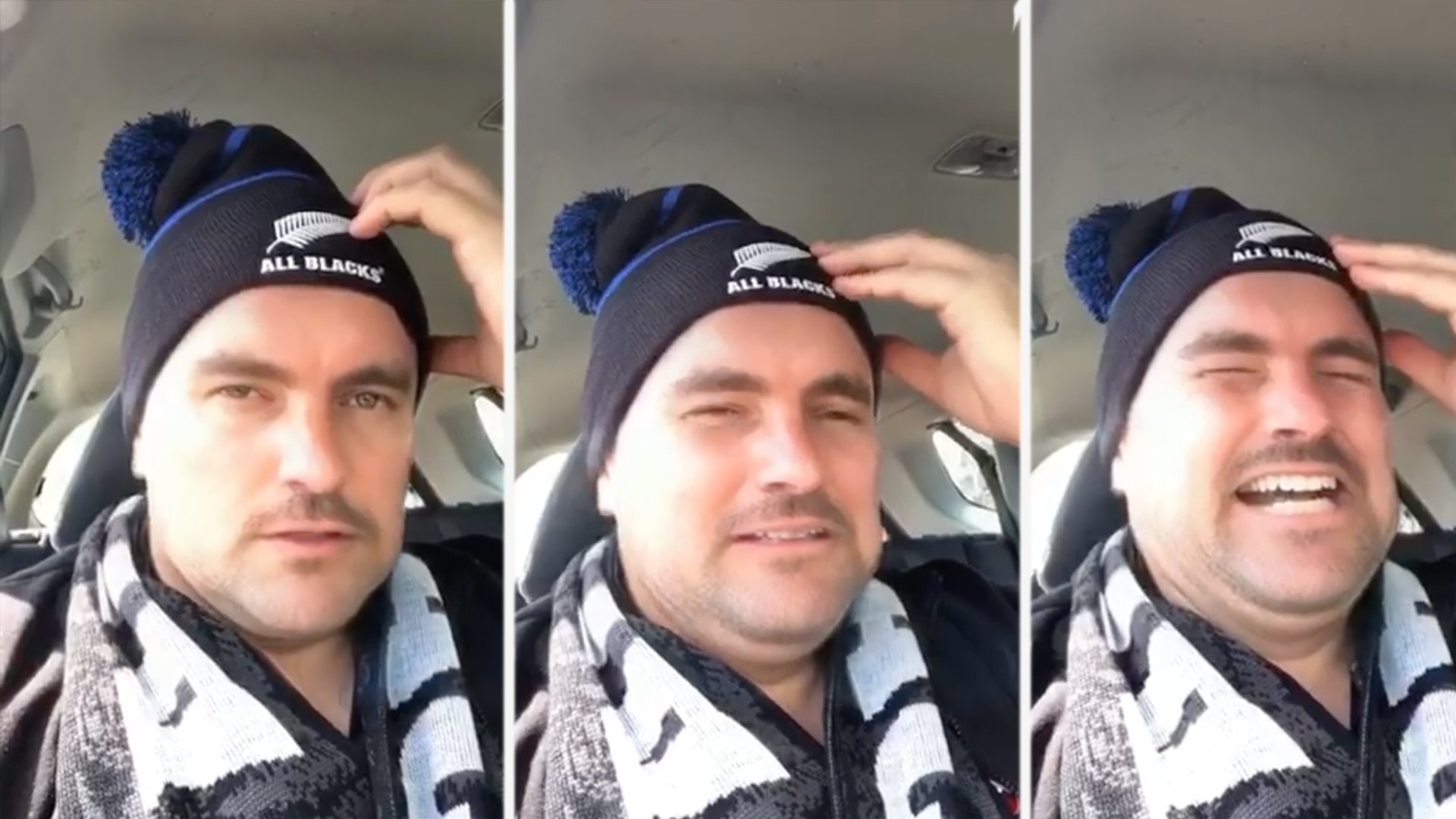 We have so so much time for this, we don’t get to see this sense of humour from Kiwis very often so when we do see it we welcome it with open arms. This was hilarious!

For anyone that has been living under a rock, England well and truly dusted up New Zealand last weekend with a comprehensive victory over the All Blacks.

The win ended 8 years of New Zealand dominance in the tournament, with their last loss coming at the hands of France in the 2007 quarter-final.

Once more into the Fray. #RugbyWorldCup #RWC2019 #RSAvsENG

New Zealand fans have obviously been very upset about the result.

Who can blame them, some fans have been very humble, congratulating England on their win. Others have been quite bitter, saying that England were lucky to get the V in Japan.

Others, have chosen a different route.

A New Zealander called Tom Sainsbury recorded this video of him reacting to the New Zealand loss and it is truly comedy gold. To think as well that there are probably some Kiwi fans out there that are actually like this right now, truly hilarious!

Here is the video of the Kiwi lad and his reaction!

We love this kind of content and it’s brilliant to see NZ fans actually have a bit of humour. When your team loses the worst thing do is have sour grapes and fair play to this guy for this approach to it.

England will now take on South Africa at the curtain drop game, with England going into it as pretty strong favourites.

For about 10 years now the debate has always focused on who the best rugby nation in the World is, and the answer has always been a resounding New Zealand.

If England win on Saturday, (and win big) could that conversation now change?