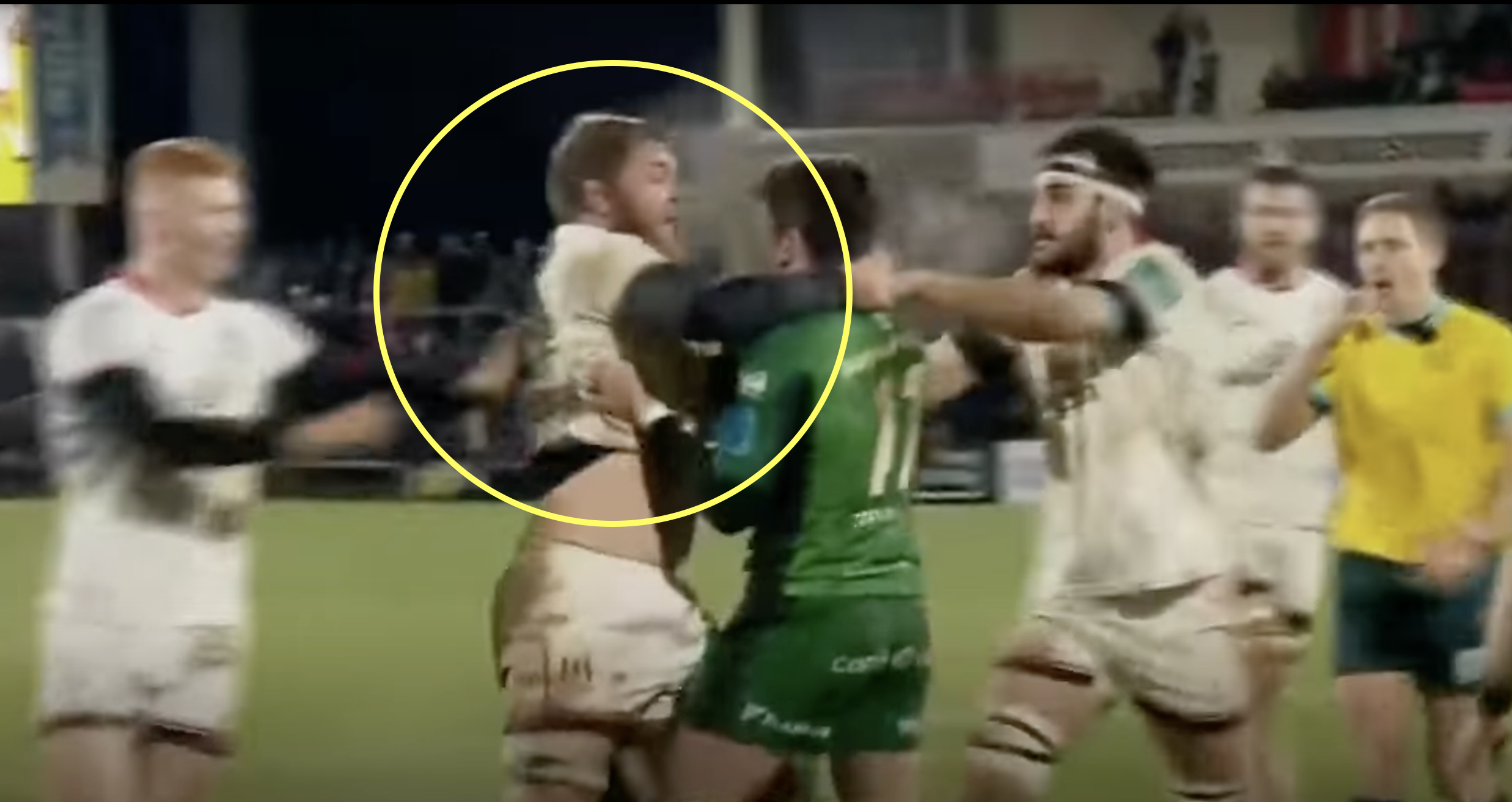 Why a winger would ever chose to annoy Ulster and South Africa No8 Duane Vermeulen is a mystery to everyone, but that is what Connacht’s Alex Wootton decided to do earlier this season in the United Rugby Championship.

The 96kg winger went to clear out a ruck during Connacht’s visit to the Kingspan Stadium in Ulster and found himself briefly lying on top of the World Cup winner. From there, he decided to poke the bear, grabbing onto the back of Vermeulen’s shirt as they both got up.

This threw the Bok into a fit of pique, as he proceeded to manhandle Wootton, all while the winger held on for dear life. His teammates arrived and a minor brawl ensued, but replays showed that Vermeulen actually swung at him but did not connect. Had he struck the Connacht man, this probably would have resulted in a card and maybe even a lengthy ban, all because of someone holding his shirt.

SEM Ruggas recently shared the incident, and it shows how close Vermeulen was to being in serious trouble. Take a look: