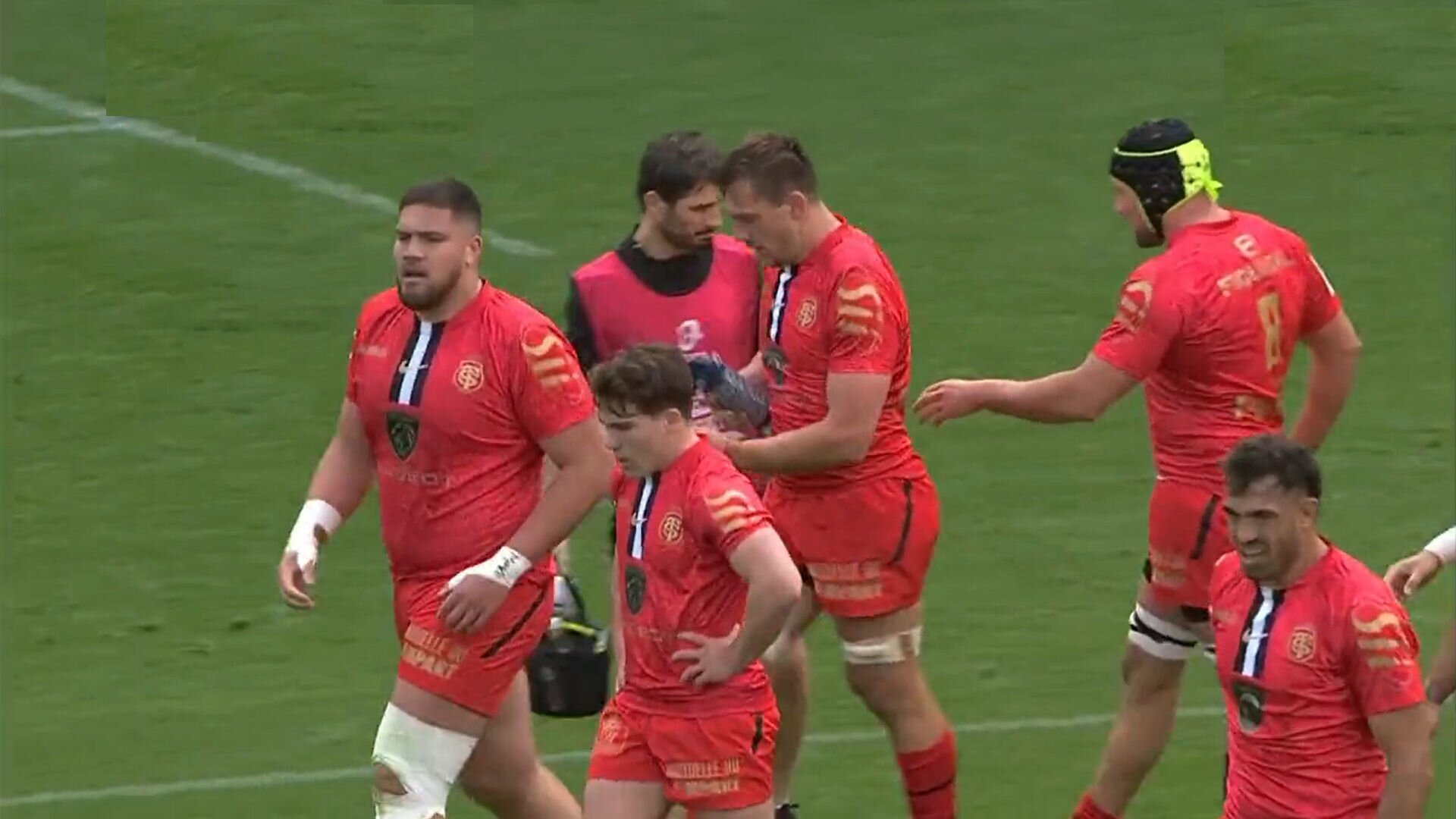 ‘You won’t stop 23 stone from that sort of range’

Giant Toulouse lock Emmanuel Meafou is a big body and he’s capable of doing plenty of damage on a rugby field.

We’ve been tracking this giant unit since he was at the Melbourne Vikings and it’s great to see him now making in France, where huge monster forwards are still beloved.

He’s 6’8 and weighs 145kg. That’s 320 pounds in American, but he’s not a bloated fatty like most NFL offensive linesmen, who are mostly just fat second rows who would 120kg if they were fit. This is legitimate weight on a rugby player’s body.

As BT tweeted: “Stade Toulousan bash their way closer to the line, working the ball well from the breakdown to find Emmanuel Meafou, who boulders two defenders reaching for the line.”

He actually the same size as fellow Australian

The Toulouse website say of this man: “After winning a Bouclier de Brennus in 2019, Emmanuel was able to establish himself in the Toulouse group, participating in 23 Championship games during the 2020-21 season. During the latter, he largely participated in winning the 21st Shield and the 5th European title of the Red and Black. At each of his outings, Emmanuel flaunts his technical skill and constantly puts his team in the right direction thanks to his devastating loads and his extraordinary physique. His rugby skills make him a player with an atypical and attractive profile but “Manny” as his teammates call him, also has a busy head. He brilliantly obtained his French diploma this year, which gives him the right to obtain JIFF status.”

"You won't stop 23 stone from that sort of range" 😤@StadeToulousain bash their way closer to the line, working the ball well from the breakdown to find Emmanuel Meafou, who boulders two defenders reaching for the line 💥#HeinekenChampionsCup pic.twitter.com/WCQJOM8iAJ