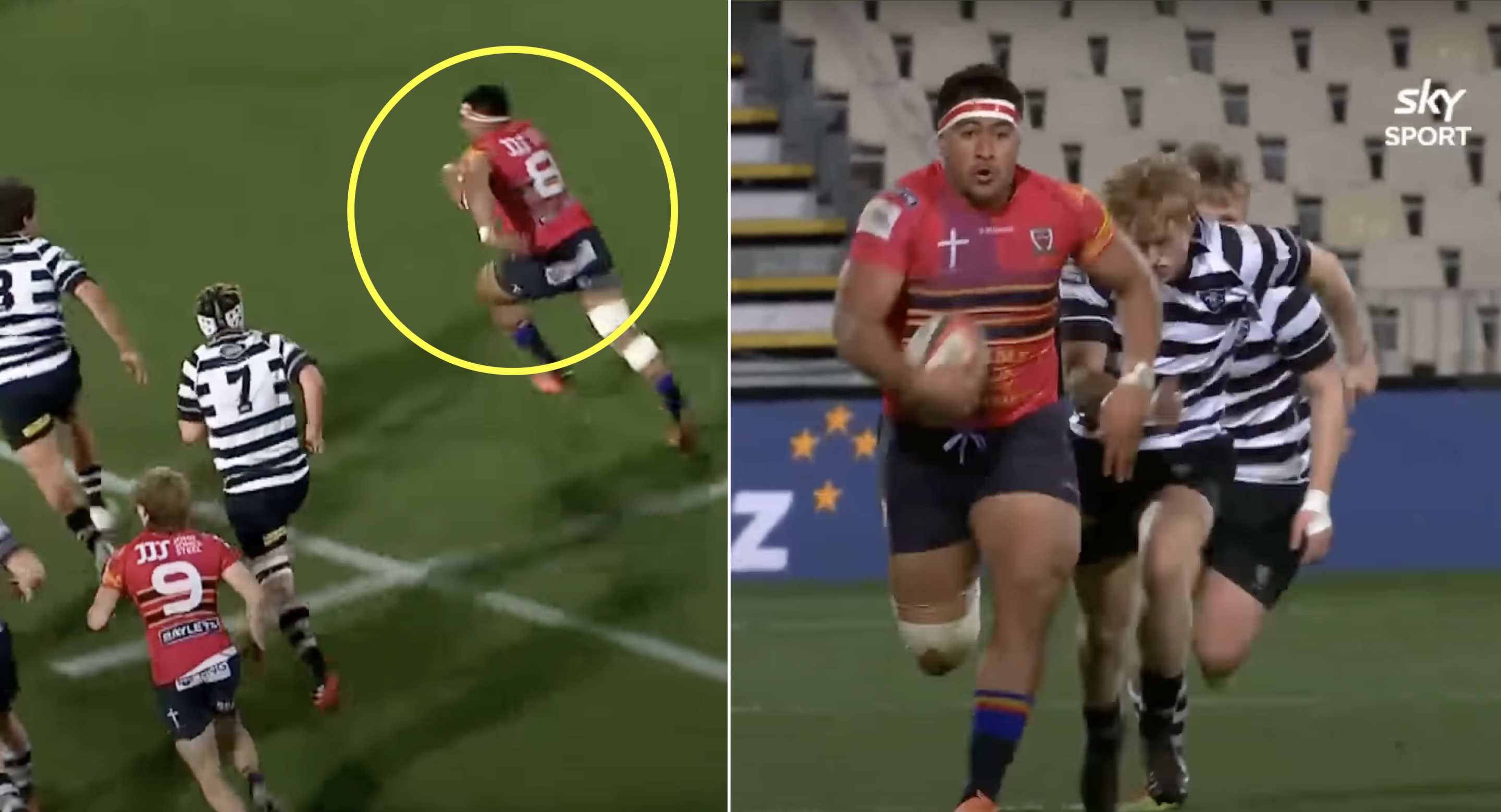 Take a bow St Thomas of Canterbury for scoring one of the best tries that anyone will see in a while against Christ’s College last Friday in New Zealand.

St Thomas came out on top 31-15 in a schools match being played at the Crusaders’ Orangetheory Stadium, and scored a pretty spectacular try in the process.

A first half try of theirs has found itself on YouTube, and deservedly so as it has a bit of everything. The try starts with St Thomas turning over a lineout in their own half, where the ball fell to No8 Richie Tupuailei, who proceeded to run back into his own 22 in order to avoid the on rushing pack. He then had a clear run at the No12 and No13 in the midfield, who were unable to stop him. Three passes later and St Thomas were scoring a brilliant try in the corner.

The video has been shared by RugbyPass, where one commenter highlighted that Tupuailei is 128kg. Combined with the pace that he showed to skin the opposition pack, it is no surprise that he was able to brush off tacklers with ease.