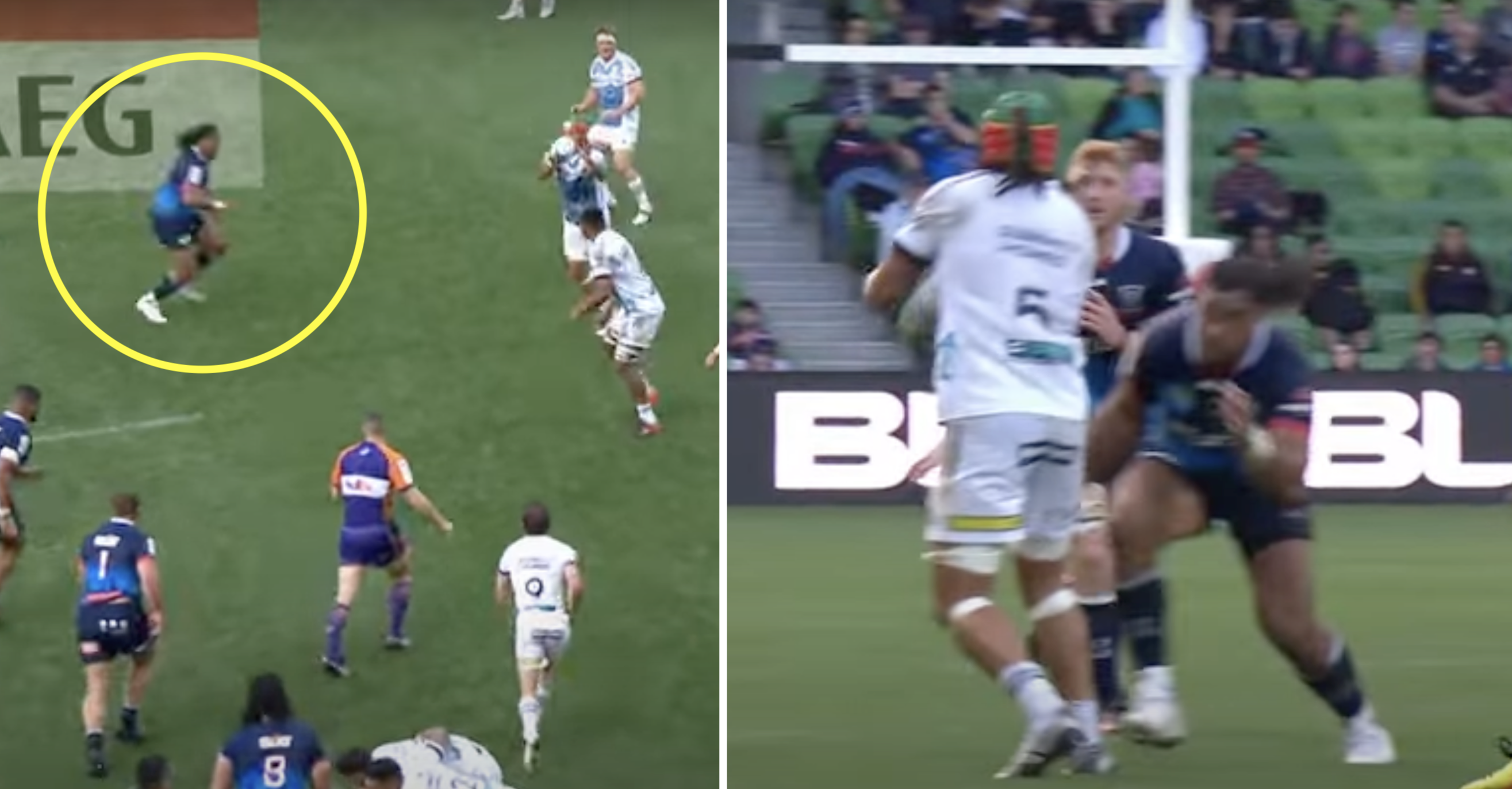 With so many players getting into trouble these days with dangerous tackles that make contact with the head, the Rebels’ tighthead Pone Fa’amausili sent a timely reminder today that a rib shot is still the most brutal tackle in all of rugby.

Chiefs lock Naitoa Ah Kuoi is the unlucky possessor of some sore ribs now after their Super Rugby Pacific encounter with the Rebels. Despite being 116kg himself, he was no match for the 135kg Fa’amausili due to the fact that he was at a standing start. He was effectively one enormous tackle bag for a player 20kg heavier than him to hit. And boy did he hit him.

Fa’amausili charged out the line and put in a beautifully timed, perfectly legal tackle that left the ball flying backwards.

The Chiefs came away victorious in the end, sneaking past the Rebels 33-30 at AAMI Park which leaves them fourth in the Super Rugby table.

“We’re just struggling a bit at the moment for some continuity in our game,” Chiefs coach Clayton McMillan said after the match.

“I look at the last two or three minutes, and the speed and accuracy with which we played, the urgency, to get the try that ultimately sealed the match.

“We need to do that for longer because at the moment we’re in and out of games too often.”

After being on the receiving end of a 71-28 drubbing at the hands of the Blues last week at Eden Park, this was a spirited fightback from the Rebels, and coach Kevin Foote took a lot of positives from the performance.

“There’s a lot to like about that,” he said.

“The most positive thing is our character.

“We had a theme for the week ‘Man in the Mirror’ – look at yourself in the mirror – and I think the boys did that brilliantly.”