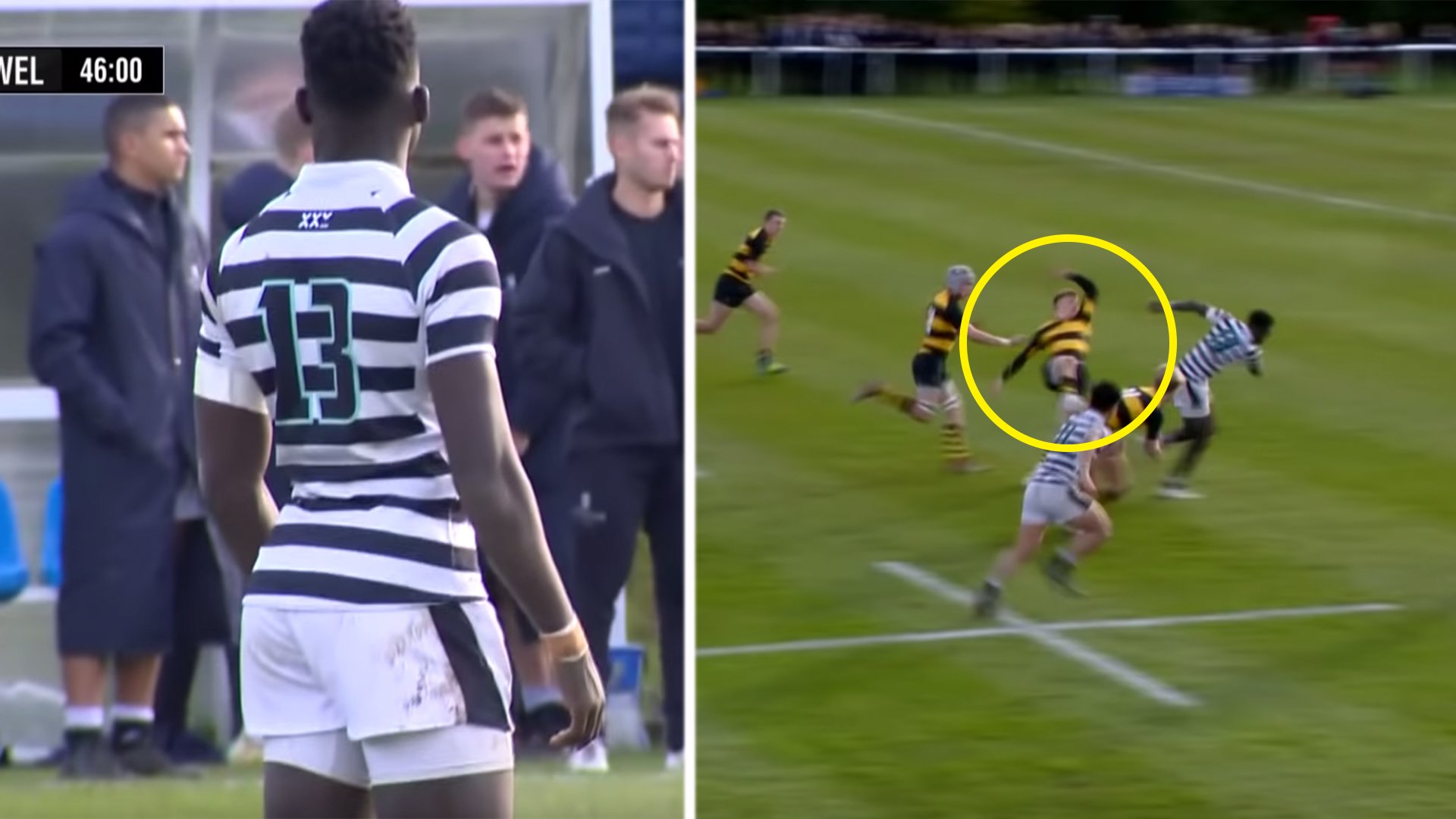 We know it’s easy to hype young players up. It’s very easy! But when you see a schoolboy who is 16 doing this, it’s hard not to.

We watched this match yesterday on a YouTube as Epsom school took on Wellington school in the Champions trophy, the premier tournament for English schoolboy rugby.

We couldn’t take our eyes off the two players in the centre for Epsom. They were both only just 16 years of age and they were both taking on players who were 18.

The player that we are focusing on is called Kitan Ojo and he had an exceptional game for the school-based in Southern England. Ojo has already made a name for himself from a young age. When he was in Year 9 at his school he broke the record held by current Olympian Tom Mitchell.

As reported by Worth School, Tom Mitchell held the school long jump record for 14 years – until Kitan broke it at School Sports Day in the summer. Tom’s record was set at 4.58m in 2002 but Kitan improved on that with a leap of 4.93m at sports day.

It is no surprise then that an athlete with this calibre of athleticism is performing so well on the rugby stage.

It would be silly to dispel this game by Ojo as being, he’s just bigger than the other players. Ojo displayed some excellent handling in this game and his defence was of the highest calibre.

It won’t be long before he is noticed by the big clubs in England.

Look at this run and fend that he did for this score against Wellington.

No wonder there is hype around this 16-year-old schoolboy!

If you want to watch more of this tournament then stay tuned to the England rugby YouTube channel. There really are some talented young players taking part.