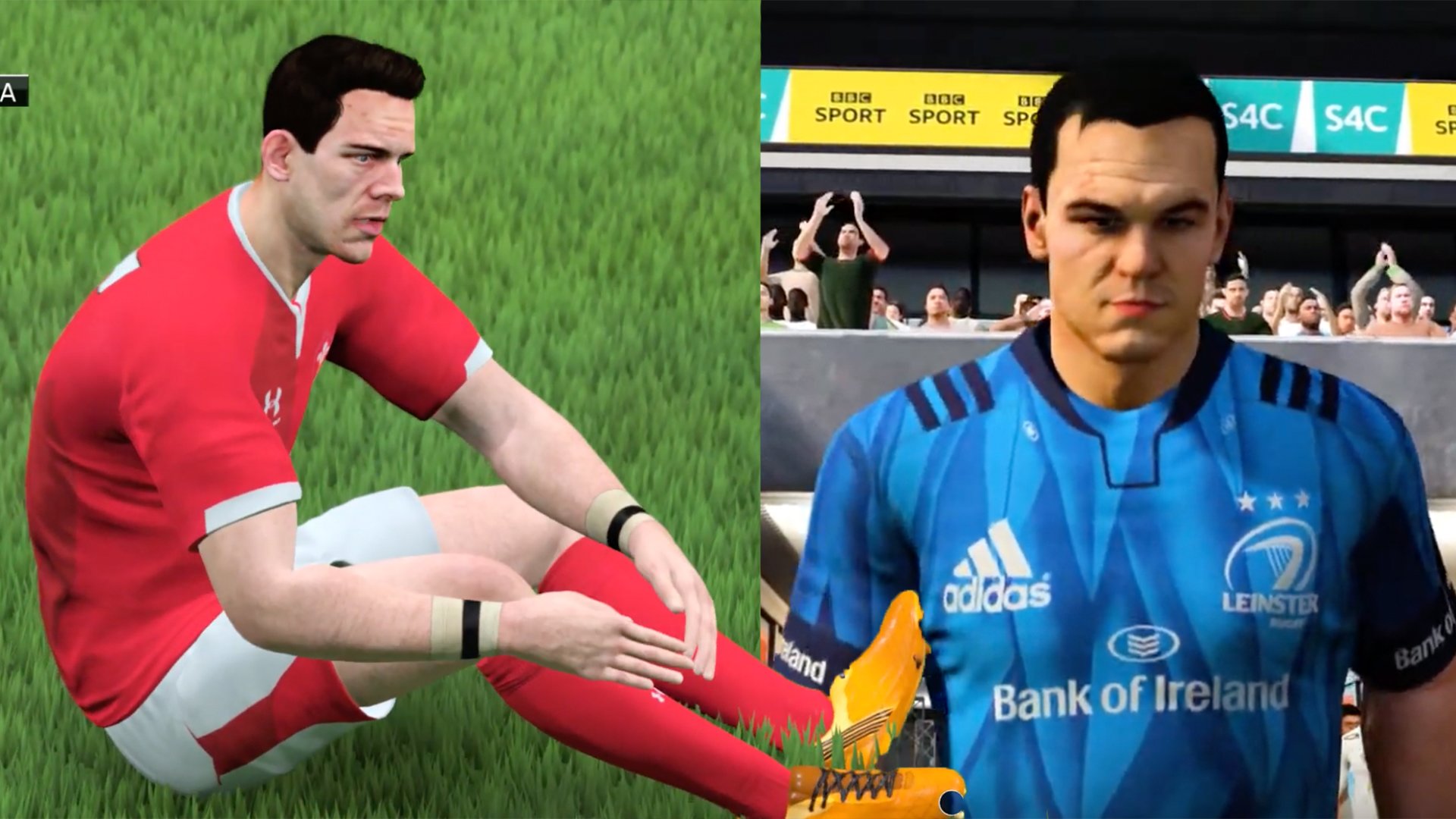 So the latest rugby game arrived on the shelves this week, Rugby 20 a game that has given rugby fans much hope of finally giving rugby fans a gaming experience that is similar to the real version.

Sadly it seems that the wait will continue for many of us as the game is still plagued with many of the same problems that kept rugby fans away in the past.

Here is our honest review of Rugby 20.

The trailer for the official game launched on Thursday and there were promising signs from it.

The writing was on the wall sadly even from this as the comments and ratings on the video say a lot about what fans are actually thinking about the game.

Underneath the IGN trailer it had received 300 likes and 432 dislikes, with comments such as, “PS2 games making a come back” and “Wtf 🤣 it looks like a psp game“.

In honesty, the graphics are actually pretty good seeing as what the game has to work with and the likes of Liam Williams for Wales and Johnny Sexton for Ireland are pretty distinguishable from the outset. The main issue for us, and for most rugby fans comes with the gameplay. Hundreds of users and fans online have complained about the glitches and bugs that they are experiencing with the game online so far and it makes for grim reading.

The ratings for the players are spot on, with some brilliant stats on things such as composure and game nouse. That is one of the more positive aspects of the game.

Users have complained that there are issues with scrums taking an age to set and that there have been glitches with the online experience even after the first few attempts at playing the game.

In this example that someone posted online, they could not see an opposition scrum at all… There has been a decent attempt by the team however to create more of a rugby experience for fans. There has been more of a focus on set-piece plays and play styles for players. There have been introductions of line speed and attacking speed which has been helpful for rugby fans.

This focus on more tactical play does mean that fans can now put more depth into their playstyle as well which is positive for all the rugby fans who want to try and really excel at this game.

There are now officially 60 licensed teams as well which is positive as fans now can play with more of their favourite teams. However, some of the truly pig teams are missing from this list, with the likes of New Zealand and England not being properly licensed.

This means that if you’re hoping to play as either of those big teams then you’re going to have to settle for playing with fake teams without official kits.

In terms of gameplay, it is far more fluid than previous examples, but it seems that fans are still looking Rugby 08 as the best rugby game that they have seen on the market.

We feel like this is a fair review for a game that is on the market for the best part of £50 and rugby fans should certainly know what they’re getting themselves into if they’re paying that amount for a rugby game.

Here is a link if you’re interested in trying the game. Review done!