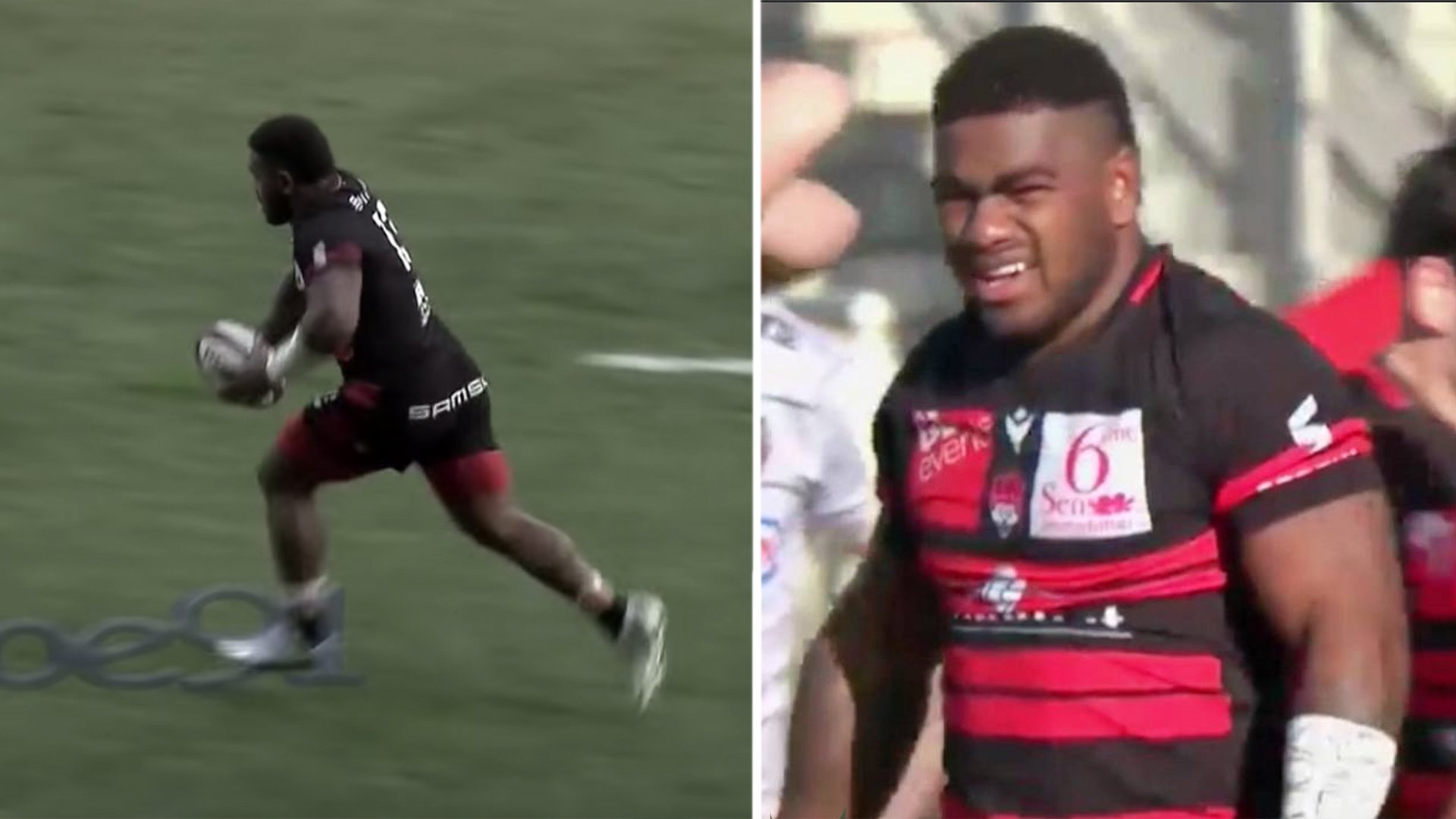 Fijian rugby superstar Josua Tuisovia exacted some painful revenge to his former club Toulon this weekend in a truly bruising encounter in France.

The powerhouse winger for Fiji came up against his former team this weekend in the Top 14 division in France, just 3 months after he joined Lyon.

The Fijian made the switch from Toulon to Lyon at the end of the 2018/19 season and made his debut following the Rugby World Cup in Japan.

For anyone who is not familiar with Josua Tuisova, he is a 25-year-old Fijian winger who has made a name for himself in rugby for his massive carries and huge tackles.

This weekend was extra special for the former Fijian Olympian as he came up against his former club Toulon. The number 10 for Toulon Anthony Belleau had a torrid time of it having to handle being run at all game by the massive Fijian.

In the video below, the French fly-half is repeatedly targeted by the winger, and you can guess who came out of it second best.

Lyon are now flying high in the Top 14, nicking top spot in the division after this win.

This video is a good indication of what happens when a 10 is targeted in rugby by men that are much bigger than them. The results are grim to say the least.

He showed no mercy to his former club in this match… A compilation was created showing his best moments in the match, and the terror that he put into his former club. No wonder this man is known as one of the baddest men in rugby with performances like this!

Here is the full compilation of his performance against his former team, it is quite the highlight reel.

What a compilation this is…