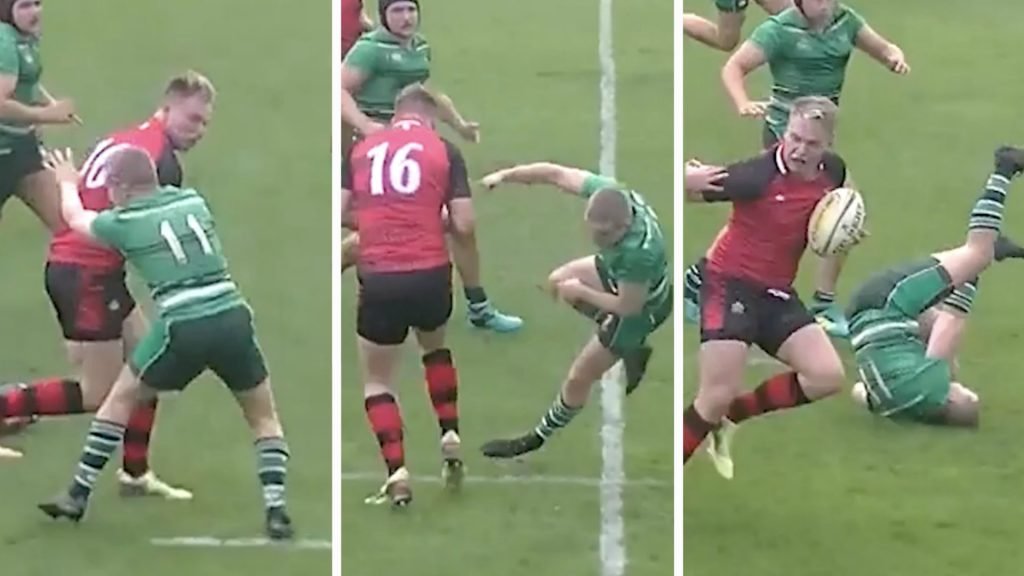 What an absolute unit this lad is. He plays for Cheltenham College, Hartpury and of course England Under 18’s. Jack Clement may just appear to be a brute of a young man, but he is so much more than that as player.

Clement in this video not only physically dominates everybody that he comes into contact with, but he also exhibits some unreal handling skills to get the ball to his teammates.

He performed exceptionally well for England against France and we’re sure that we will see a lot more of Clement in the future.

Former Edinburgh captain Cross will join forces with Director of Dragons Rugby, Dean Ryan, for a second spell after they previously worked together at Worcester Warriors, with Cross appointed Defence coach at Sixways in 2013.

The 38-year-old has carved out a reputation as one of the most talented young Scottish coaches since his retirement from playing in 2010.

Ryan said: “We’ve identified we needed to add more support around the coaching group across pre-season.

“Having worked with Simon before I know the coaching expertise he brings to a team, around defence.

“From the end of July, the Academy players will train with the seniors, as we step up preparations ahead of the Celtic Cup fixtures which begin towards the end of August.”

A flanker during his playing days, Cross was part of the Scotland Under-20 set-up in 2012/13 as Defence Coach and involved with Glasgow Warriors during Scotland’s autumn and Six Nations internationals in 2012, before joining Worcester for five seasons.

Cross – who also played for Wasps and Waterloo – previously worked as head coach at Edinburgh Accies guiding them to the top-flight of Scottish club rugby and earning a place in the British & Irish Cup, and whilst at Worcester he was also Birmingham Moseley head coach until 2018.