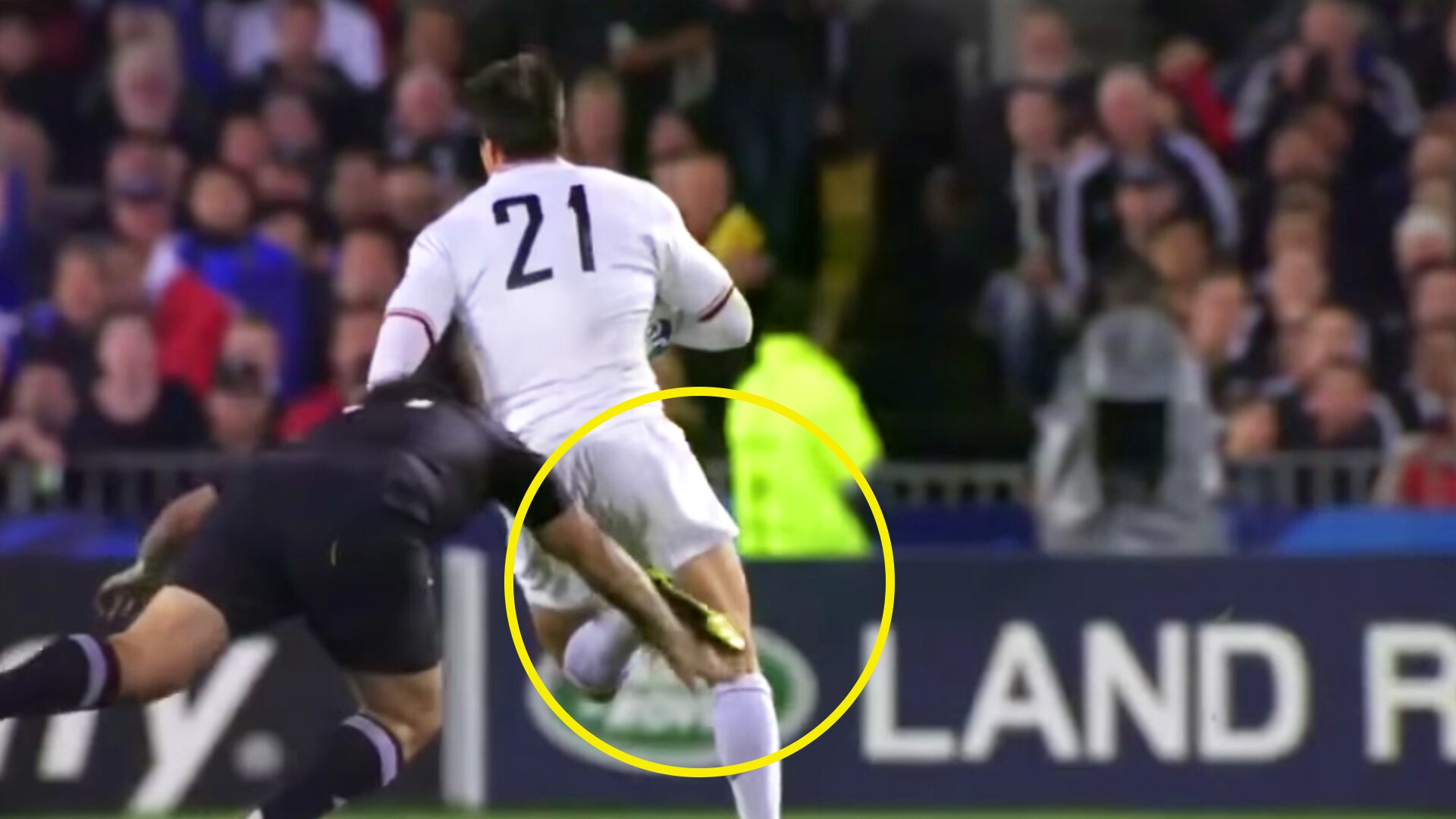 Ankle taps are a thing of beauty.

They occur in moments of peak pressure when all else has failed and you’re literally the last line of defence.

It can easily go wrong – but when you get it right… it’s magnificent.

Everything’s comin up rosy so far for Beauden in Auckland

This incredible montage from the rugby channel ‘Andrew Forde’, features some of the greatest ankle taps that have ever been attempted in rugby history.

This features some of the most audacious attempts including Piri Weepu’s pivotal effort on French centre Aurélien Rougerie in the 2011 Rugby World Cup final. This one was captured in glorious slow motion HD which highlights just how much of a skill this tackle technique is.

Another brilliant attempt comes from the master of the ankle tap, Peter Stringer, who we see diving for English winger Dan Luger before clipping his heel – sending him yo tumbling to the ground.

Do you ever play rugby and got an ankle tap? https://t.co/zRTOVrReam

In this incredible clip, we see Barrett dive for Le Roux’s heel – just managing to reach it and tap it onto the sideline.

This really is a fantastic tackling skill to have in your armoury when all else has failed.

There’s a couple of clips in this montage of Jonah Lomu being brought down by deft little ankle flicks after he’s stormed past an opponent.

Can we blame the defenders? I’d much rather dive for his heel and trip him up than be a speedbump for the most powerful winger to have ever played the game!

Are there any incredible ankle taps that this montage left out?