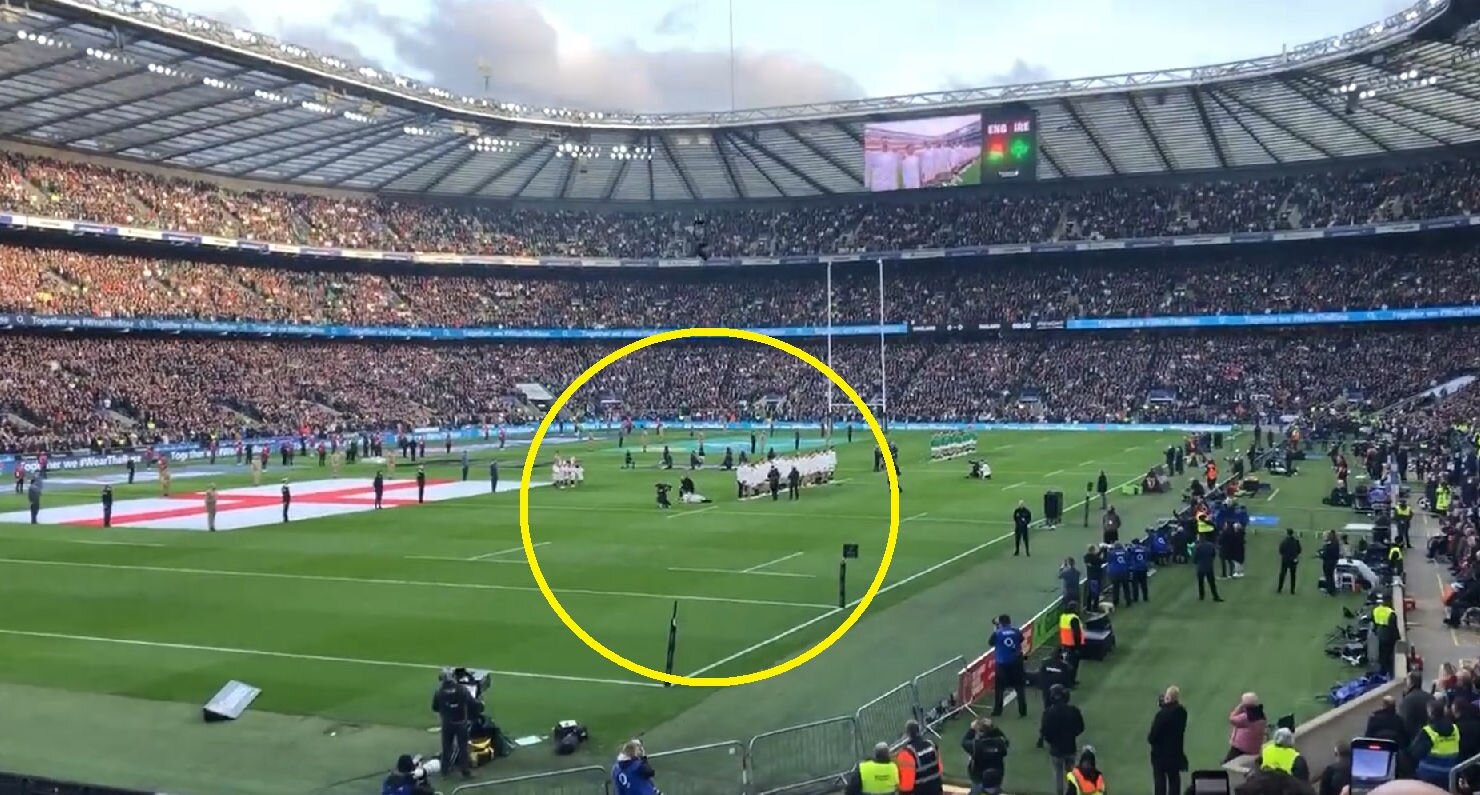 A new, better angle of pitch invader getting smashed has surfaced

A new, better angle of pitch invader Jarvo 69 getting smashed has surfaced online and it shows the full extent of the excellent tackle.

The tackle technique was absolutely perfect, suggesting the security guard behind is obviously a rugby player.

The Internet star, who was kinda funny at the start but who many have now grown tired of, tried to join the line up but was quickly decked by the security guards at England’s home. This was the first time he has been seen this Six Nations and was dealt with very quickly indeed.

Bravo to the security guard.

That was not the only drama at Twickenham, however, as England lock Charlie Ewels was red carded after just 82 seconds into the match after a head-on-head collision with Ireland lock James Ryan.

IN OTHER NEWS: Wasps have been forced to make one late change to their team to face Northampton Saints today.

Ryan Mills (12) is out after he failed a late fitness test. Jimmy Gopperth comes in to replace him and Michael Le Bourgeois (23) takes Gopperth’s place amongst the replacements.