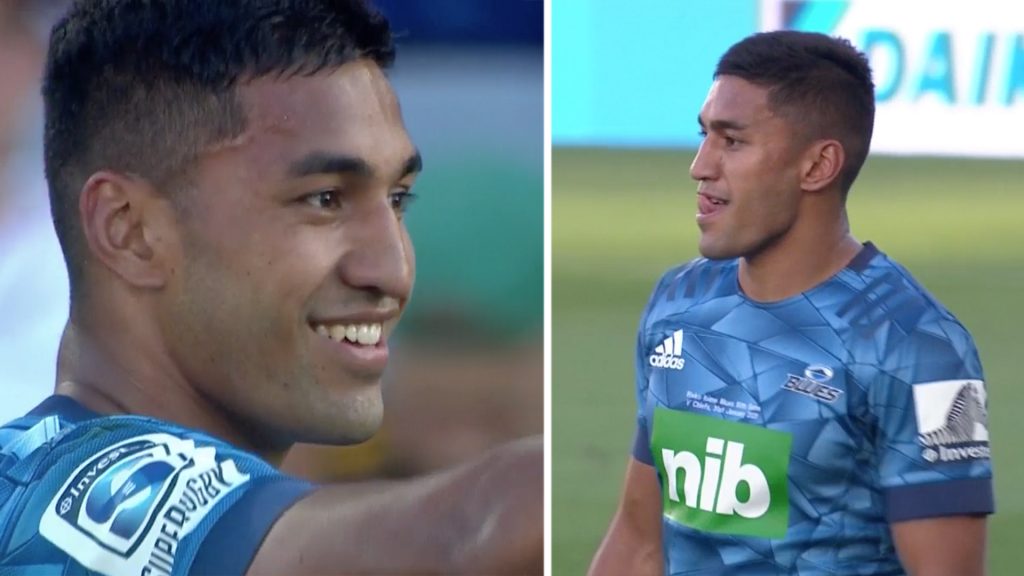 A leaner Rieko Ioane reminded rugby fans around the world why he shouldn’t have been left out of the Rugby World Cup after a commanding performance in his Super Rugby opener.

The New Zealand youngster was on sensational form for the men in blue as his team took on the Chiefs in the opening match of the 2020 Six Nations season.

Rieko Ioane narrowly missed out out on being selected for the All Blacks last year after just missing out on selection.

Fans were pleased to see Ioane doing so well on his first outing back in the game.

Lots to like about that first half from the Blues. Ruru is running things nicely at halfback, Faiane and Marchant are strong, Rieko Ioane having some game in his 50th as well. I think there'll be some stern words from Gatland at the break #BLUvCHI

Look how much leaner he looks here…

Rieko Ioane looking sharp in the first game of the Super Rugby season.

The left wing scored two tries in the first half for the Blues against the Chiefs. Two strong finishes.

Blues scrum dominating after an injury to Nepo Laulala. pic.twitter.com/iGyx7RIIwy

I only saw the last 90 seconds of the first half, but it looks like Rieko Ioane wants his All Blacks shirt back then #BLUvCHI pic.twitter.com/WtzoomkUVH

Rieko Ioane is killing it.

Looks like the player that burst onto the scene and terrorized Test defences.

Rieko has spoken about how devastated he was to miss out on All Blacks selection last year and you can see that it certainly affected the young man.

The 22-year-old looked sharp in pre season and you can see he has been lifting some serious weights in the gym. We can see this in his pre season training video that he put on his social media…

He was dangerous everywhere tonight, especially from set-pieces where he was always around to pick up a ball and look dangerous.

New Zealand fans will be glad to see Rieko Ioane looking so dangerous again in the sport. In 2017 he was the talk of World Rugby with his performances for the men in black, but he suffered a noticeable dip in form last year which undoubtedly knocked his confidence.

Rieko Ioane will hope for a strong start to this Super Rugby season if he wants to be in contention to feature for New Zealand again in the future.

Look at the speed if Ioane in this clip below, we swear that he wasn’t that fast before?!