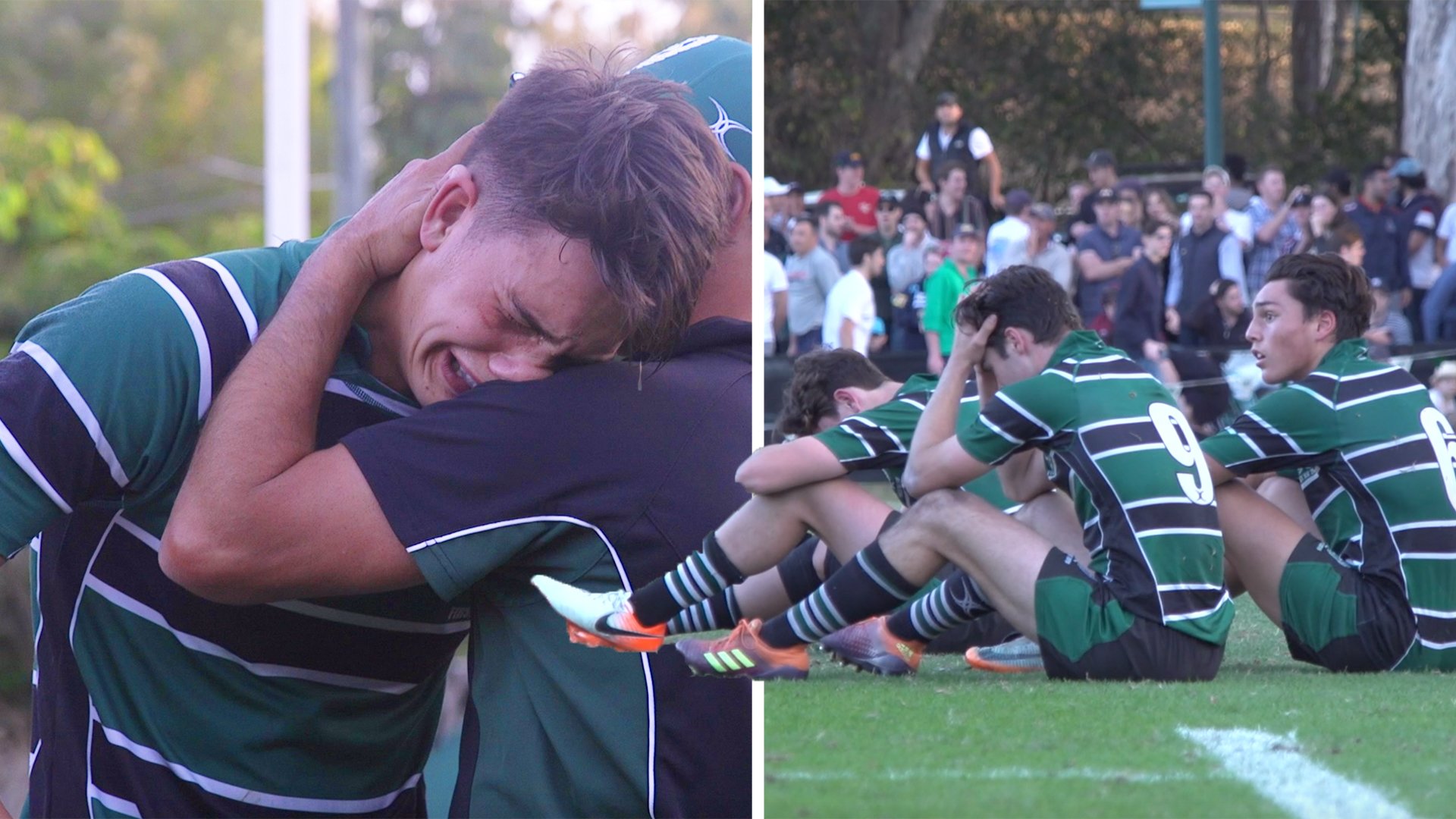 The video has already amassed hundreds of thousands of views online since it was released on Sunday. The video is part of a series following the college, who were trying to be the first team to win the competition in their school’s history.

The video is immensely raw and emotional as the schoolboy team is filmed missing out on a win that the entire school had been praying for, for years.

The video has been shared across many different platforms, it even went as far as Tik Tok where it got 70,000 views in a day.

The Series called ‘The Season’ has followed Brisbane Boys college in Australia as they hoped to win the GPS competition for the first time in their history.

Their had been a massive amount of hype surrounding the school as they had thousands of spectators attend this key match against The Southport School (TSS).

The Series which is online has had hundreds of thousands of views online over the past few weeks as young rugby fans across the World follow the progress of this Australian rugby school.

Here is the emotional footage of the moment that the school lost the game in the last minute of the match after a knock-on by their best player.

This is the description of the episode…

The game of the season hangs in the balance with the Premiership in reach but a series of crucial errors leaves the home crowd stunned. Halfback Will Stevens spends quality time with his mother as the academic workload starts to increase. Round 7 takes the team to Toowoomba where their focus and attitude are put to the test, while one of the injured players prepares for shoulder surgery. As the season starts to reach its inevitable conclusion, the players prepare for their sternest test yet – an away game against Nudgee College – where BBC has not won since the 1980’s.