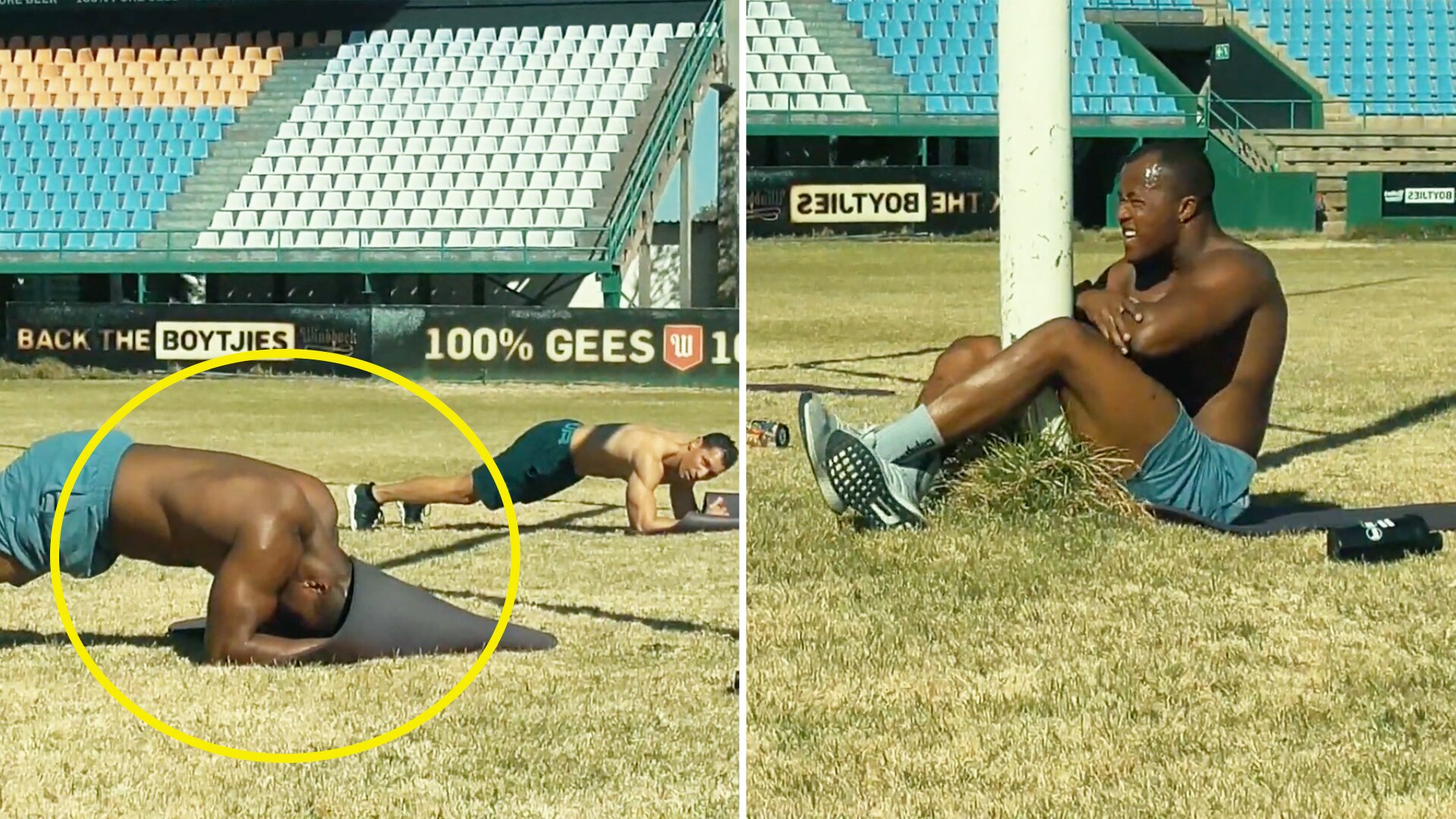 A new video has been released showing two rugby players taking on the Royal Marines new fitness test and the results have got people talking.

This makes for truly brutal viewing.

The new fitness test consists of three gruelling sets that include 20 burpees, 30 sit-ups and 20 pushups following by a 60 second plank hold for each round.

We watch as the players go through the challenge as they listen for the prompts for each repetition from the speaker located nearby.

TV adventurer Bear Grylls and his son Jesse recently took on the demanding 3 set challenge. They only completed one set of the savage new test.

The new video from Youtube channel ‘De la sports’ has taken the internet by storm with viewers expressing surprise at how this pair faired on this gruelling Royal Marines challenge.

Watch the new video below

Dragons have confirmed the signing of Wales and British & Irish Lions star Jamie Roberts. Newport-born Roberts, 33, has put pen to paper on a sensational move that will see the powerhouse centre make his return to Welsh rugby and link-up with Dragons with immediate effect.

Roberts earned 94 caps for Wales in a successful international career

Jamie Roberts reveals why he has joined the Dragons as official announcement is finally madehttps://t.co/WeK6t07j2A

Capped 94 times by Wales, Roberts featured in both the 2009 and 2013 British & Irish Lions tours and will arrive at Dragons following a spell with Super Rugby outfit Stormers in South Africa.

Dean Ryan, Director of Dragons Rugby, said: “It’s great news that we are bringing someone of Jamie’s quality to the region and we know he will make an immediate impact for us.