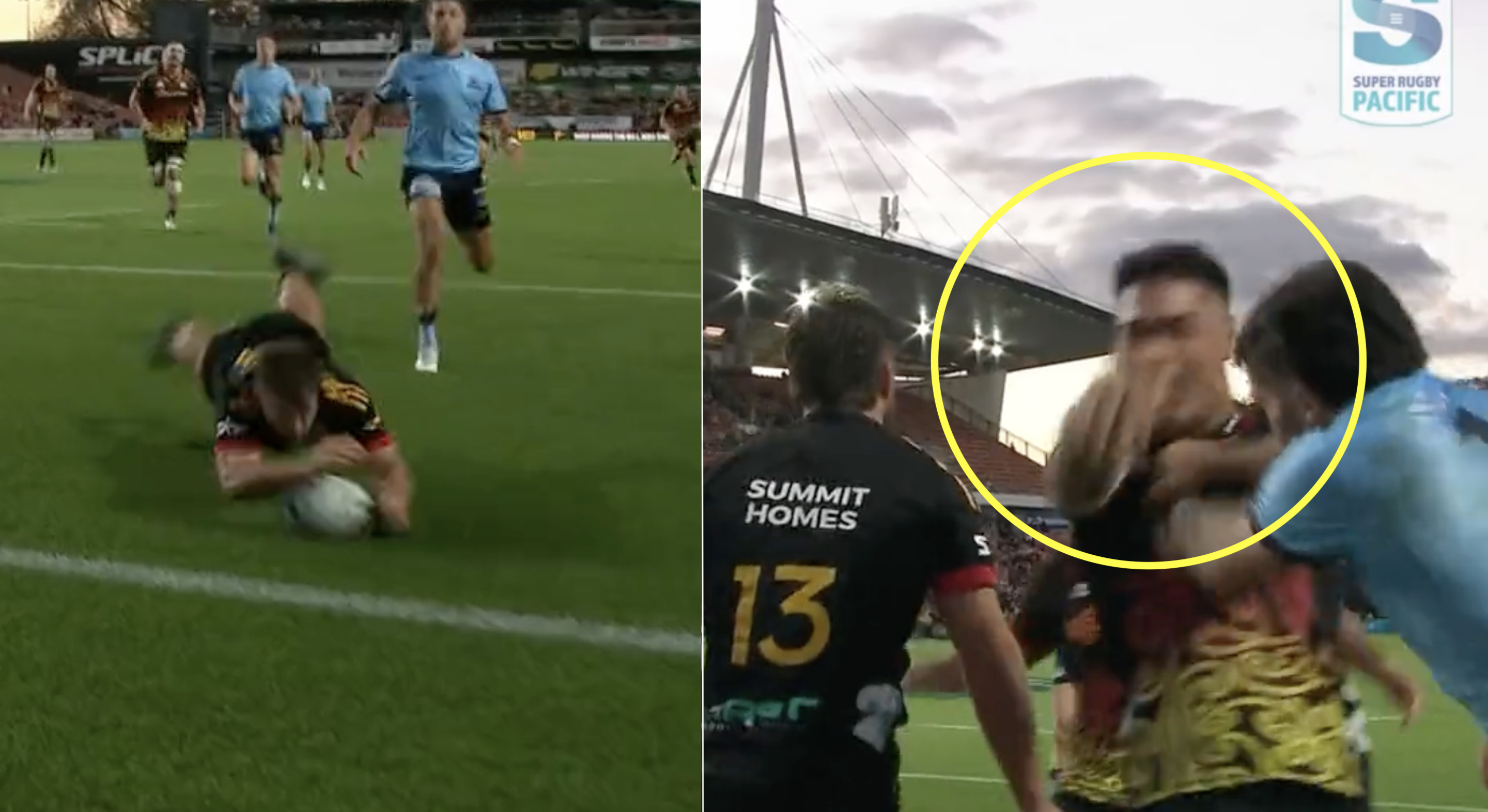 All Black shows absolutely no class in shameful try celebration

When an error of yours has just led to the opposition scoring a try, the last thing you want is a player coming and rubbing it in your face, and that is why Warathas fullback Ben Donaldson must have been fuming against the Chiefs on Saturday.

Playing in the Super Rugby Pacific quarter final, Donaldson saw a wayward pass from No10 Tane Edmed flying his way in his own 22 late in the first half. After failing to gather the loose pass, Chiefs No13 Alex Nankivell chipped the ball forward and dived in for the try.

Then All Blacks midfielder Quinn Tupaea, playing at No12, ran up to Donaldson and patted him on the head while laughing in his face. The fullback remained calm and pushed him away, but this was a pretty classless move from the seven-cap All Black as his side were already leading.

The Chiefs went on to win the game comfortably 39-15 at FMG Stadium Waikato, and book a semi-final match next week against the Crusaders.

“Coming to a home quarter-final and I haven’t had one here and I’ve been here for nine years, 110 games now.

“So my first home playoff and it was pretty cool.”

This is Tupaea’s All Blacks biography: “Former New Zealand Secondary Schools captain, Quinn Tupaea broke onto the scene for Waikato in 2018.

“A powerful runner and skilful with ball in hand, he has a bright future ahead of him.

“Tupaea had an impressive debut season for the Chiefs in 2020, debuting against the Blues in the opening game of the year. Tupaea was later named Chiefs Rookie of the year.

“His notable performances for Waikato also earned him a spot in the 2019 New Zealand Under-20 squad.