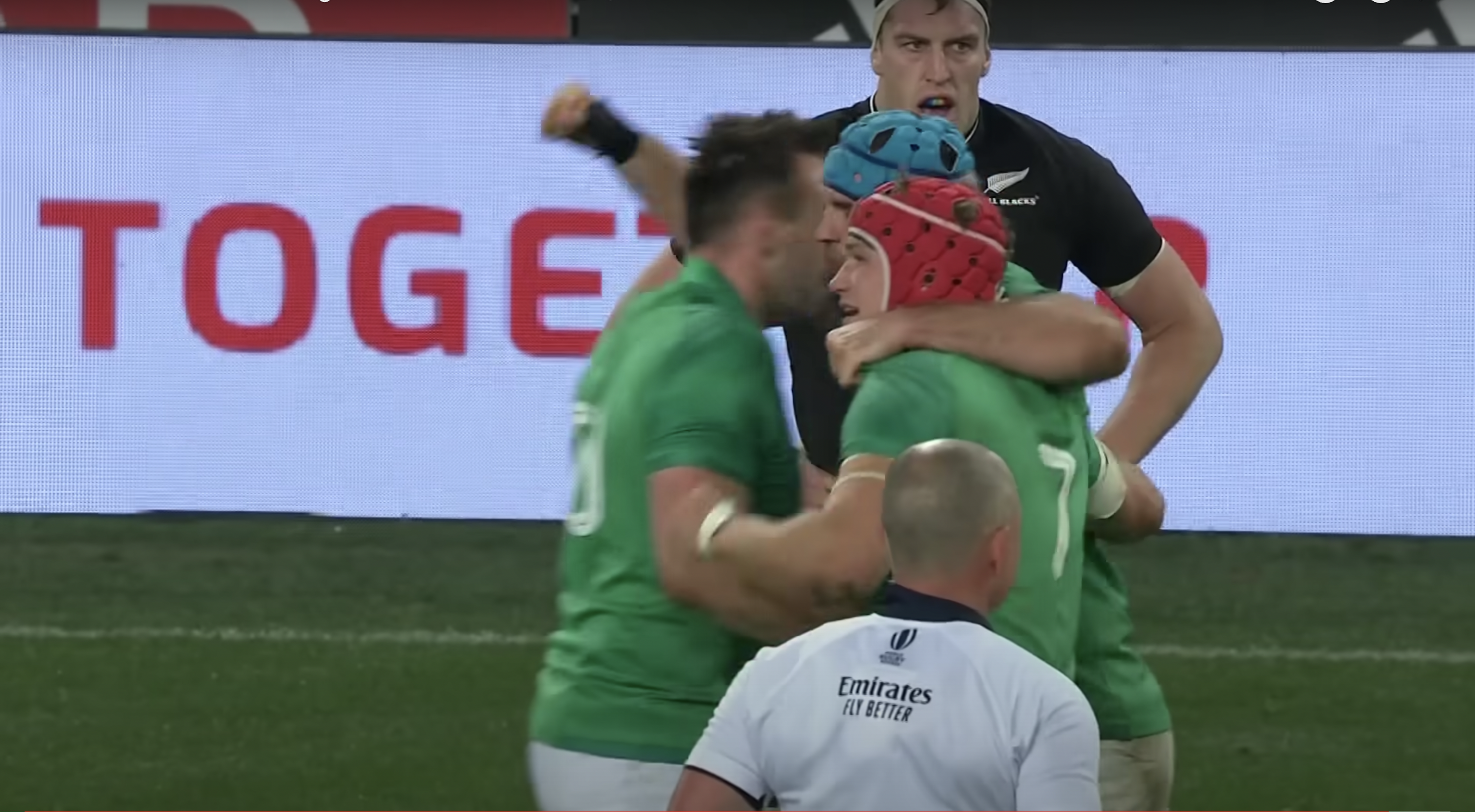 As All Blacks fans and pundits try to make sense of what happened on Saturday against Ireland, one fan has come up with their reason why they lost.

Wildkard has shared a video on YouTube in the wake of the 23-12 loss, pointing the finger at the officiating in New Zealand and Super Rugby as to why the hosts lost. There is no denying that discipline was a huge factor in the game, and this video explains why.

“This is an issue with the New Zealand Rugby referees providing the correct guidelines for the players in New Zealand throughout the Super Rugby season,” he said in the video.

“This goes back to the poor refereeing we saw every week out of the New Zealand referees because they don’t want to give out red cards, they don’t want to give out yellow cards, they need to keep the game flowing, let the game play. I’ve mentioned this many times in my channel, I’ve called Ben O’Keeffe straight up unprofessional and a cheat and I called out that this is going to happen.

“The level of refereeing in Super Rugby puts a really poor expectation on the players what it comes to what is acceptable and what is not acceptable on the field. The expectations for player safety in the Northern Hemisphere and even in South Africa (Jaco Peyper is a South African referee) is way, way, way higher than the level of refereeing that’s being done in New Zealand, and in Australia to some extent as well. And as a result, we saw it today.”

He then goes into much more depth about the All Blacks’ ill discipline throughout the match, and does not pull any punches when it comes to criticising O’Keeffe.

There is no denying that the All Blacks’ discipline was atrocious in this match, particularly in the first half, where they received two yellow cards and a red. So there is plenty of reason to this video. Take a look: