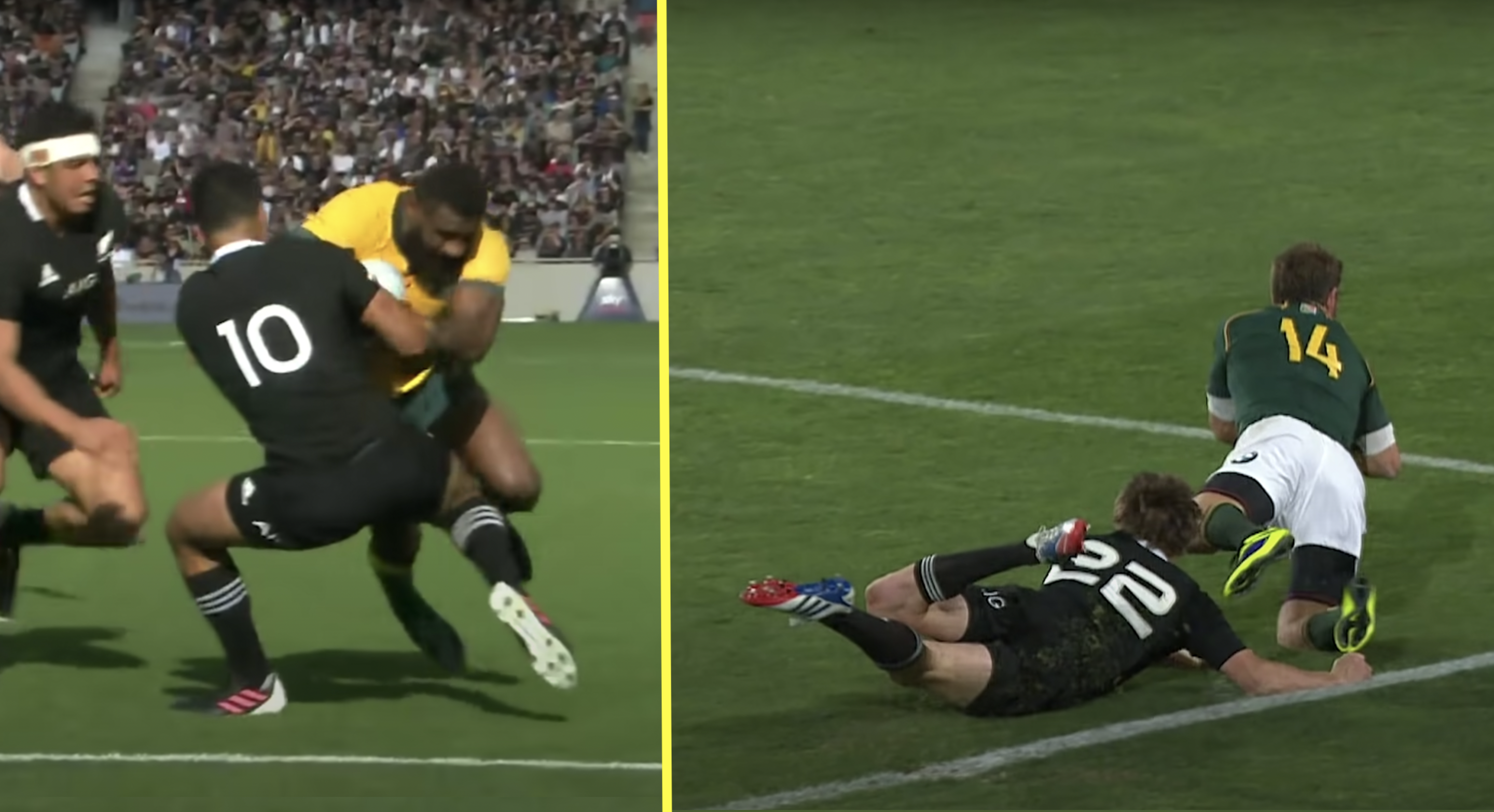 All Blacks make Mo’unga vs Barrett debate even more complicated

The All Blacks shared an epic video recently of ten impossible try-saving tackles and it is dominated by their No9s and No10s, with rival fly-halves Richie Mo’unga and Beauden Barrett both featuring twice.

Barrett’s last gasp tap tackle on Willie le Roux at Ellis Park in 2013 makes the list, which is made all the more special as commentator Justin Marshall repeatedly says “they won’t get him.” Barrett features again with a tackle on Israel Folau at Eden Park a year later. On both occasions he was coming on from the bench in what were the early days of his career, and he was certainly able to make a name for himself.

However, whatever Barrett can do Mo’unga can do better, or at least just as well, as the Crusaders No10 makes the list twice as well. His tackle on South Africa’s Cheslin Kolbe at their 2019 World Cup pool stage encounter makes the list, which is unsurprising given the class of Kolbe and particularly how it looked as though he had turned Mo’unga inside out while tracking him only for the All Black to keep up and bundle him into touch five metres out.

Mo’unga’s other entry came a year later, but was very much different to his other one or Barrett’s two. On this occasion at Eden Park against the Wallabies in 2020, Mo’unga was not displaying his pace in catching up with the opposition, rather he was showing his strength in holding Marika Koroibete up over the line. This is no mean feat as the Wallabies wing is one of the best finishers in the game.

This video goes to show that there is still very little to separate the two battling stand-offs. Take a look:

One player that missed out on the list was Richie McCaw, who produced a number of try-saving tackles across his illustrious career. Not many are more impressive than his tackle on Mark Gerrard in Brisbane in 2006, made all the more impressive by the fact that he turned the ball over as well.