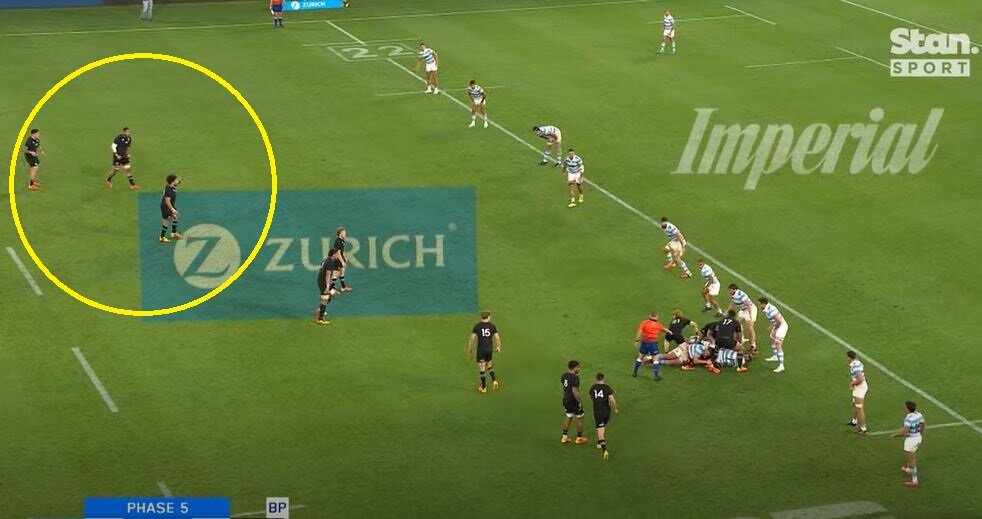 All Blacks monster gets folded like a deck chair by Lavanini

All Blacks prop Ofa Tu’ungafasi is more used to dealing out punishment than receiving it, but this was one of the rare occasions that the latter was the case.

Tomas Lavanini, the most feared player in World Rugby, folds him like a deck chair here. Ofa Tuungafasi was playing his 40th Test and Jordie Barrett his 30th.

The All Blacks and Argentina played their 33rd Test against each other. Prior to this game, New Zealand had won 30 of those matches, with one draw and Argentina’s first-ever victory in Sydney last year.

Rieko Ioane last week scored his 30th Test try and the All Blacks 400th try in the Rugby Championship/Tri Nations.

The All Blacks have scored 16,961 points in Test matches so are not too far away from topping 17,000 points.

Commenting on the team selected for the second Test against Argentina, All Blacks Head Coach Ian Foster said: “With five Tests in a row and a six-day turnaround between these two Argentinian Tests, we were always going to make some selection changes. Five Tests in a row demanded that. But the good thing is that we have a group that has been focussing on the same opposition for the last two weeks, so our preparation time hasn’t been compromised.

“We are expecting a huge response from Argentina and we have to make sure we are prepared for that because we know what a wounded beast is like. The key is not so much how they respond, but how we respond. If we go into this Test match thinking it’s just going to happen for us like last week without earning the right to have the scoreboard in our favour, then we are in trouble.”

ALL BLACKS TEAM RECAP:
The matchday 23 is (Test caps in brackets):