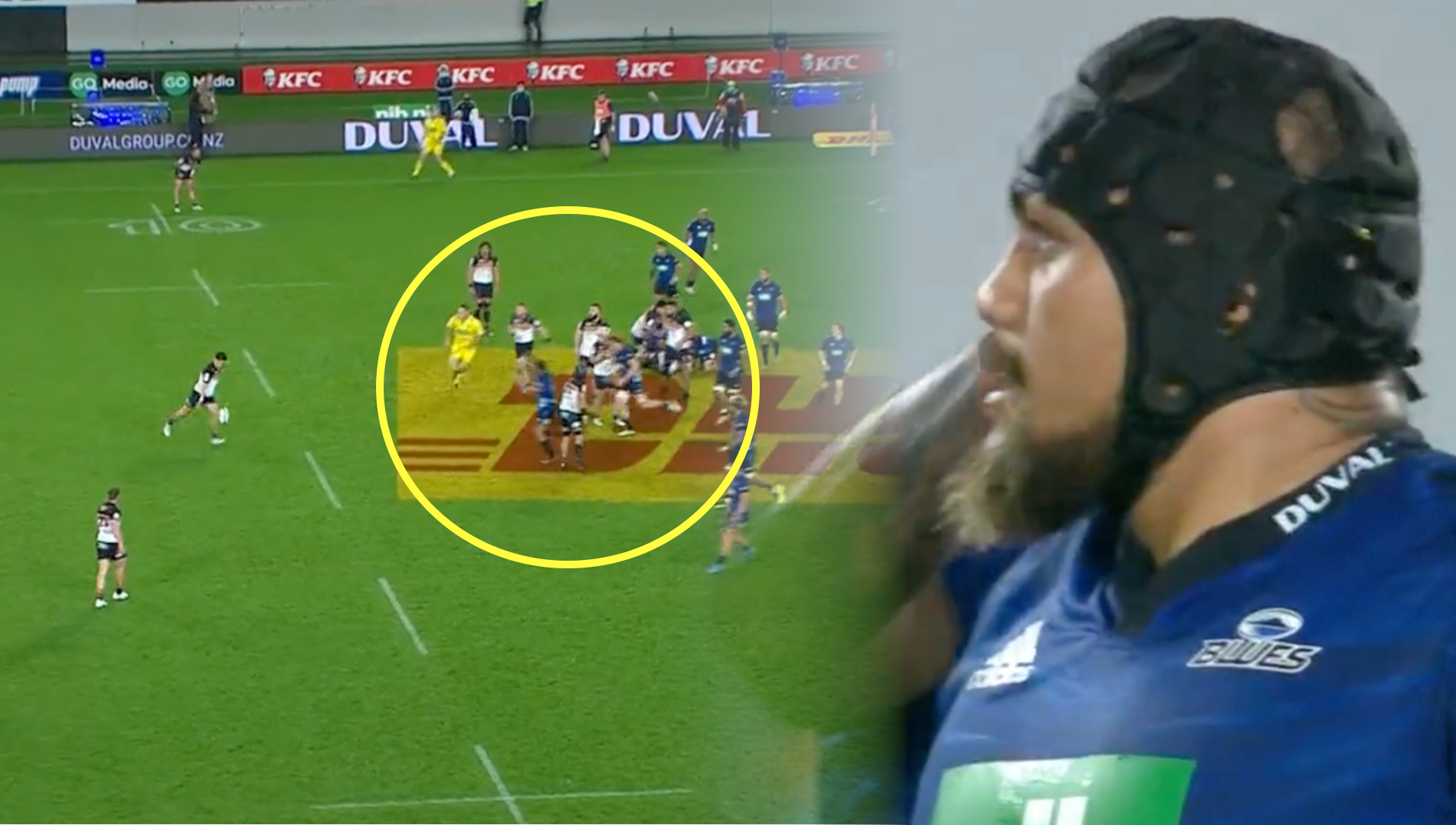 All Blacks prop’s late heroics save the Blues

It was a close finish for the Blues on Saturday in the Super Rugby Pacific semi final against the Brumbies at Eden Park.

After being outclassed in the first half, the Australian outfit clawed their way back and were only trailing by a single point, 20-19, going into the final minutes of the match.

With possession in the Blues’ half in the final minute of the match, the Brumbies looked on the cusp of securing a shock victory, and their future was in their hands when the ball went back to fly-half Noah Lolesio, who shaped for a drop goal. Enter Ofa Tu’ungafasi.

The Blues replacement tighthead sprinted out of the line quicker than any of his teammates to charge down the kick. It was a monumental effort by the 130kg prop, who provided probably the most important moment of the Blues match. Moments later his side were securing a penalty which gave them a narrow victory.

Beauden Barrett was full of praise for Tu’ungafasi after the match. “I’ve got a lot of trust in the lads, we’ve got to give it to (the Brumbies), they could have easily run away with that one,” Barrett told Stan Sports.

“We knew we had to fight hard and work hard together to close that out.

“Those sort of moments (Tu’ungafasi’s chargedown) you’ve just got to be alive for and look for … his edge is exceptional and we needed the big fella to stand up in that moment.”

Brumbies’ skipper Allan Alaalatoa said: “We showed a lot of heart there during the second half, gave ourselves an opportunity to win that game, but didn’t quite ice it at the end … I’m just pretty disappointed at the moment.

“The spirit in our team is huge, we knew it was going to take a hell of an effort for us to come out here and get the job done.

“We spoke about collisions, set-piece … ou r set-piece really brought us home there in the second half. The boys showed a lot of heart especially there in the last five or so minutes.”

“OFA TU’UNGAFASI, WHERE DID YOU COME FROM?”

The @bluesrugbyteam manage to save it in the last seconds and go through to the Super Rugby Pacific Finals pic.twitter.com/5Ckah6jvDq