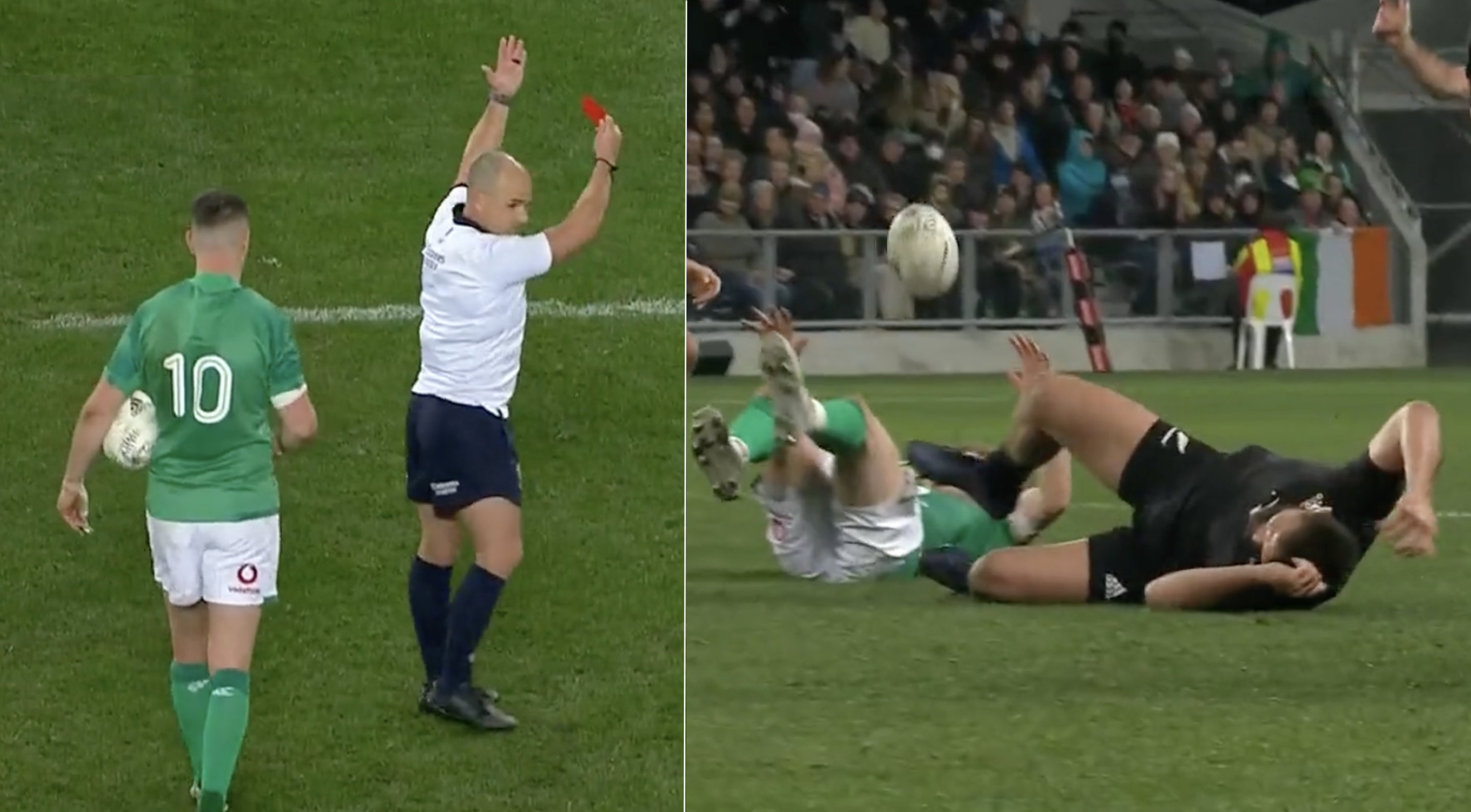 Gone are the days of the All Blacks giving away penalty after penalty without being punished, as they were shown three cards in the first half against Ireland in Dunedin.

The hosts were shown two yellow cards and one red card by referee Jaco Peyper, and it truth it could have been much worse.

The first card shown was to All Blacks winger Leicester Fainga’anuku for a charge down attempt that turned into a shoulder charge to the face of his opposite man Mack Hansen. The commentary team all agreed that it was a red card, as it was extremely reckless, but the All Black was only shown a yellow. Take a look:

🗣️ "He's lucky to get away with that"

Just a matter of minutes later, tighthead Ofa Tu’ungafasi was being shown yellow for tackling Ireland centre Garry Ringrose off the ball as he was running a support line following a Johnny Sexton break. This did not warrant a red card, but whether it was a penalty try or not is up for debate.

Things went from bad to worse for the All Blacks when Tu’ungafasi’s replacement Angus Ta’avao was shown a straight red for a truly heinous head on head tackle on Ireland’s Ringrose.

It was an outrageous 40 minutes from the All Blacks, where it looked like they barely had any idea of the laws of rugby and tackle technique.

Ian Foster will be glad the All Blacks did not concede any points while they were down to 13 men, and even more happy by the fact that they grabbed a try themselves late on while James Ryan was yellow carded. This biggest mistake though was taking Ardie Savea off to bring on Ta’avao, as it means the No8 is absent for the rest of the game. As far as clangers go, it was a big one.

This was the red card:

New Zealand are given a RED CARD 🔴