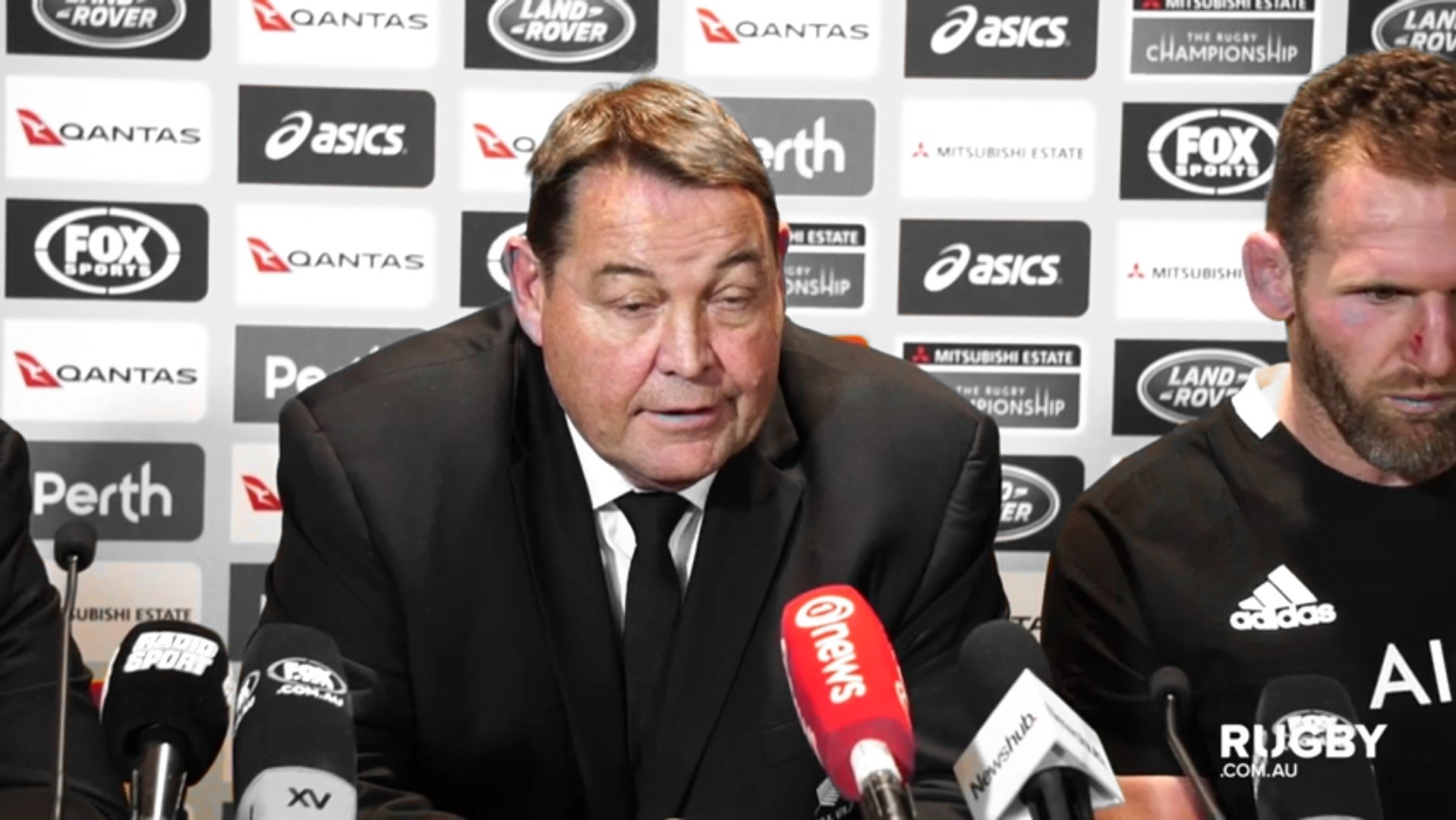 Records have tumbled at Optus Stadium in Perth tonight as the Qantas Wallabies powered to a 47-26 victory over New Zealand in Western Australia’s first ever Bledisloe Cup Test.

The six-try effort produced a record points haul for the Wallabies against their Trans-Tasman rivals, and the 47 points conceded by the All Blacks was the most in their history against any nation.

The dizzying display left a new ground record crowd of 61,241 fans delirious as the Wallabies delivered a win for the ages against the current world number one.

Winger Reece Hodge scored a double in a sizzling performance on the right wing, while the tight five again stood up and Nic White and Christian Lealiifano orchestrated the attack superbly from the halves.

White constantly tested the All Blacks around the ruck and scored a crucial second-half try to earn man of the match honours in a team performance to rival any in recent Wallabies history.

In a helter-skelter first half the Wallabies opened the scoring through a Lealiifano penalty goal in the 7th minute and then registered the first try when Hodge bolted 50 metres after James O’Connor, playing his first Test at outside centre, popped a sublime one-hand offload.

A Lealiifano pass should have been intercepted by Anton Lienert-Brown in the lead up to the Hodge try, but the All Blacks centre made amends when he dived on a Jack Goodhue kick to score New Zealand’s first try three minutes later.

The All Blacks scored again through Reiko Ioane, but Lealiifano added a second penalty goal to snatch the lead back for Australia. Then, on the stroke of half time, All Blacks lock Scott Barrett was shown a red card after a no arms tackle on Michael Hooper which caught the Wallabies skipper high as he fell in a tackle deep on the attack. Lealiifano slotted the penalty to give Australia a 16-12 lead at the break.

With a one-man advantage for the remainder of the contest, the Wallabies came out firing in the second half and after Scott Sio was held up, Lukhan Salakaia-Loto took advantage of the overlap to score in the corner. They continued to pile the pressure on and then it was Samu Kerevi powering over would-be tacklers down the same edge to put White over moments later.

New Zealand wrestled back momentum with a try to Beauden Barrett who skipped past Salakaia-Loto to pull his side back within a converted try, but then Wallabies winger Marika Koirobete snuck over from the base of a ruck and planted it down under the posts as the All Blacks defended their line.

Hodge went over in the right corner to complete his double as Australia hit the 40-point mark for the first time against New Zealand. All Blacks replacement Ngani Laumape finished a brilliant solo effort to score off the ensuing restart, but the Wallabies had the final say when Kurtley Beale sliced through in the final minute to dot down and cap a memorable night for the men in gold.

The two sides will meet again next Saturday 17 August at Eden Park in Auckland to decide the Bledisloe Cup for 2019.