What do we have here then? Chaos from South Africa schoolboy rugby as two schools, Helpmekaar and Menlopark got into a nasty scrap at the end of a school match.

We have called in the Rugby Onslaught investigation team to work out what exactly what happened in this crazy footage in South Africa.

Our team can present Exhibit A, first of all, which appears to show two of the locks from both sides getting into a confrontation early on in the tunnel as teams are both shaking hands. 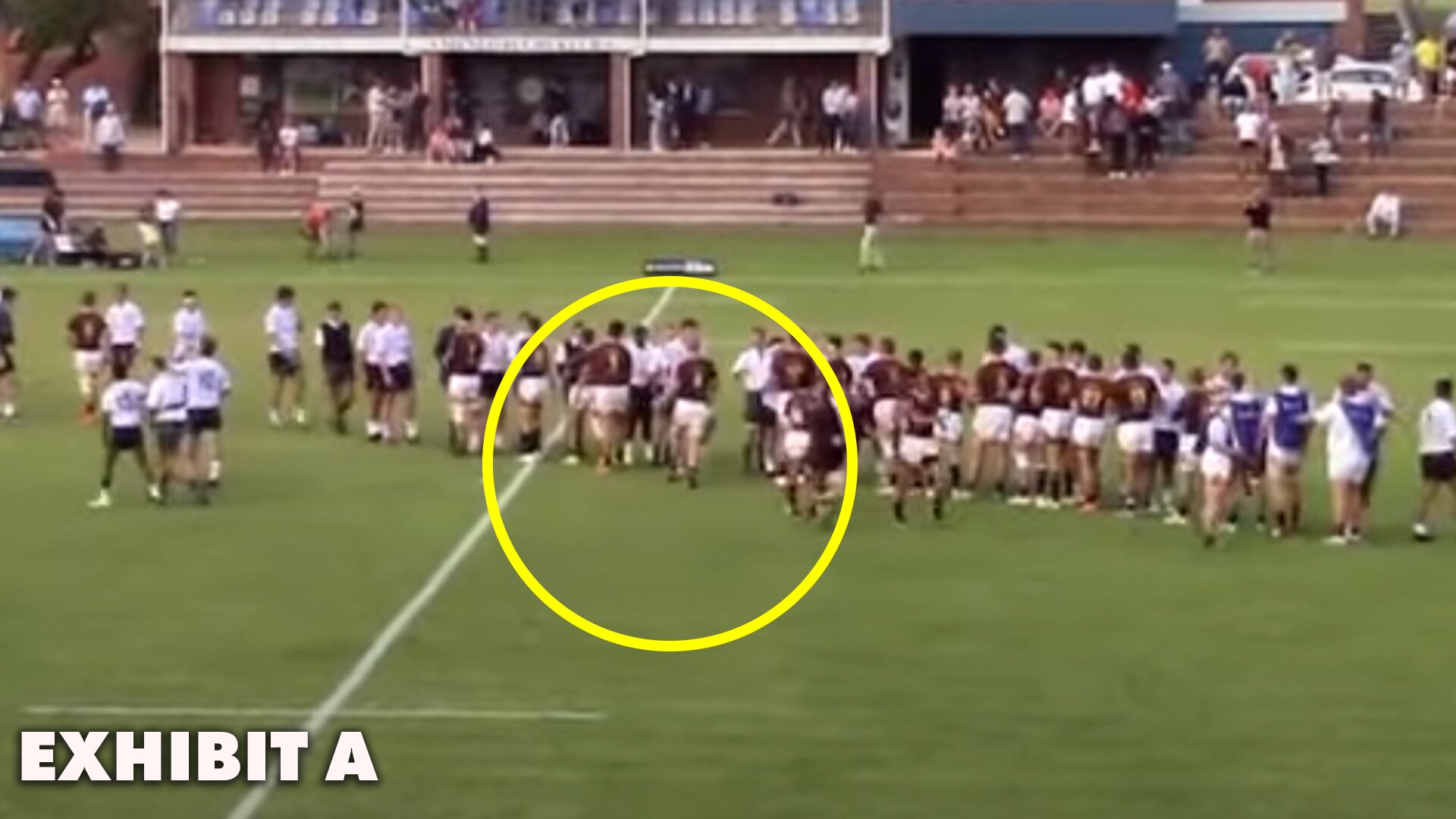 Things then appear to go from bad to significantly worse as the scrum half for the team in red decides to investigate exactly what is happening.

The RO investigation team have pinpointed this as the moment where everything unravels in this clip. The moment as 9 gets involved it is a mathematical certainty that things will hit the fan. 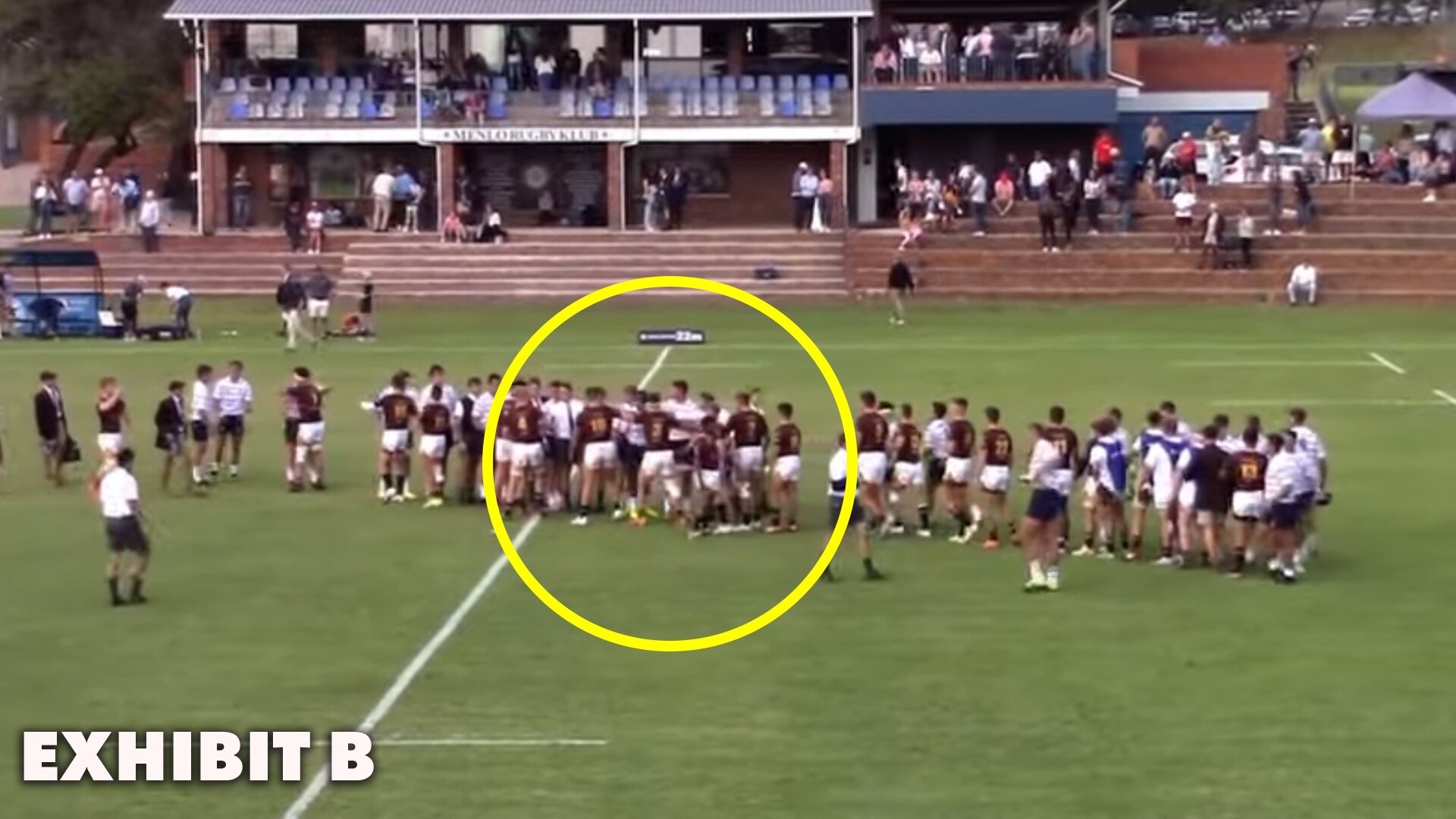 As expected, by this point there is no hope as all the players from both sides run in to join this argument, or schools bokka war as we like to call it.

It’s a shame to see, as hand shakes at the end of a rugby match are meant to be the time when petty squabbles are put to one side and teams can mingle after.

There was mingling after this match, with their fists. 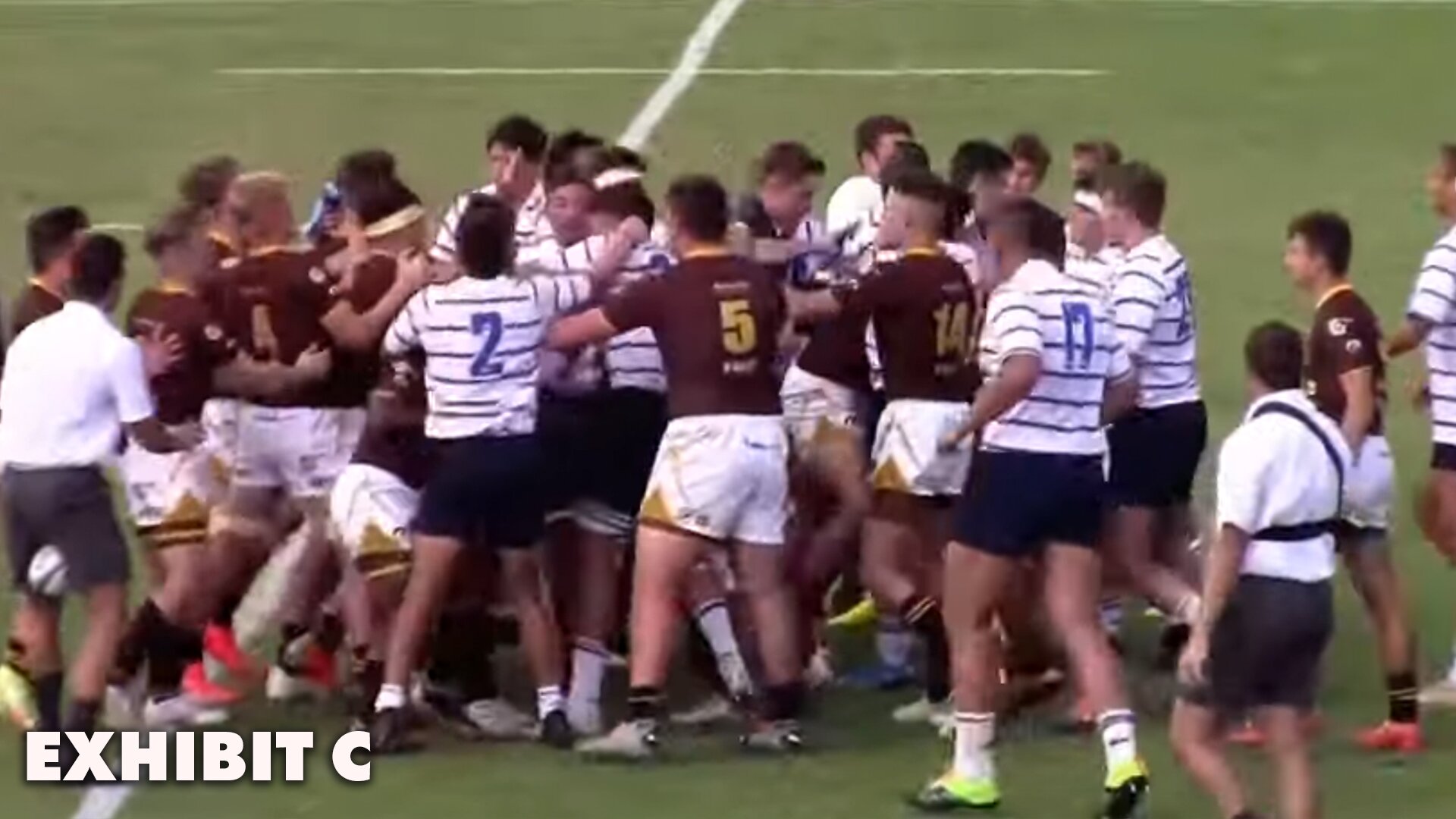 South Africa schools rugby is without a doubt some of the most passionate and ferocious rugby on the planet, it’s not surprising that this sometimes spills over in stuff like this.