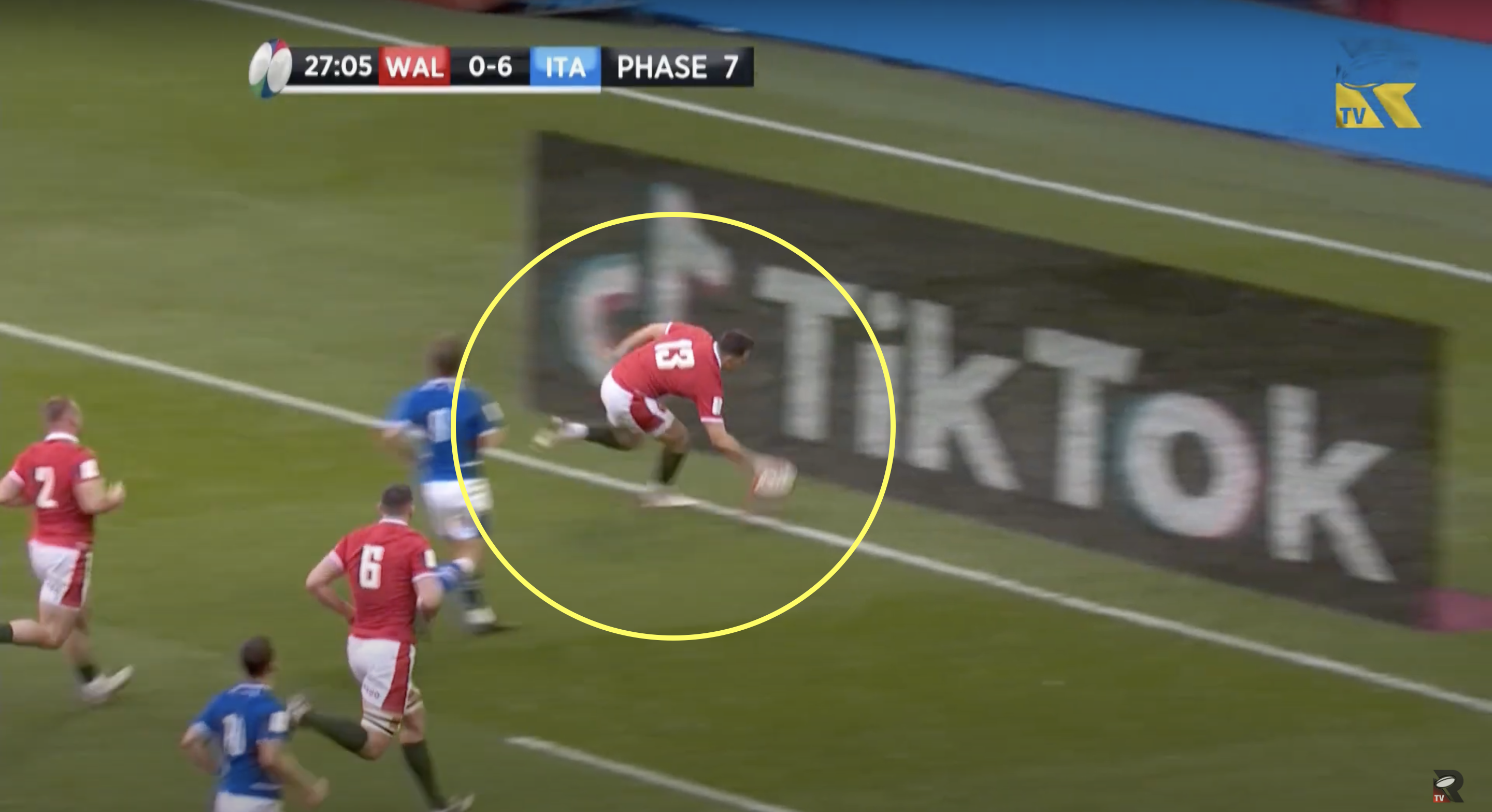 Wales may have only scored five tries going into today’s match against Italy in the Six Nations, but you would not have thought it with their first half try.

Starting in their own 22, almost the entire Welsh team touched the ball in a multiple phase build up, going coast to coast. In fact, only hooker Dewi Lake, tighthead Dillon Lewis and flanker Seb Davies did not touch the ball by our reckoning, but one of them may actually have played the ball.

Owen Watkin scored the try in the end with a scything break and step, but this was a team try all round and some liquid rugby.

In contrast to that try, the rest of the half proved why Wales have struggled to score tries this year.

Italy actually led 12-7 at half time at the Principality Stadium in the final round of this year’s Championship.

Take a look at Wales’ try: