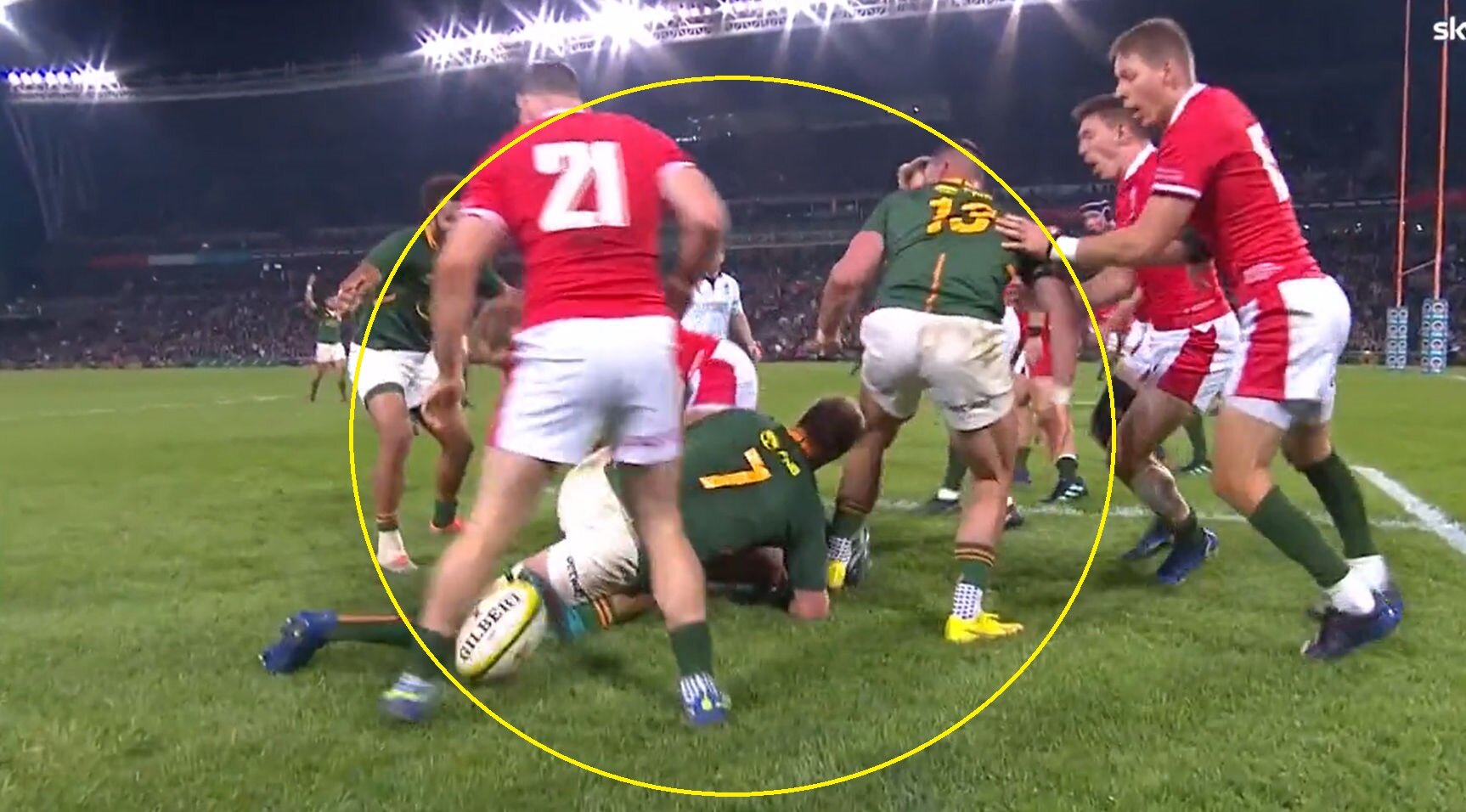 Ageing Welshman Alun Wyn Jones was cruelly given a yellow card, even though he didn’t even touch the ball for goodness sake! Did you even see this?

It was probably a sad bid to save the Springboks from the ultimate defeat.

“It’s cynical hands by 19,” referee Garder says, before he sends Alun Wyn Jones from the field and “the experienced lock is fuming about it, as he feels he did nothing wrong” according to Sky Sports.

How dare you call Alun Wyn Jones cynical? Even though it is twice in the space of seven days that the 53-year-old been yellow carded. Anyway, that’s not important.

A video replay showed that Jones didn’t even touch the ball.

It couldn’t save the Springboks of course, who were on their way to a drubbing in any event.

Wayne Pivac was delighted with the win, of course. “We are in the race to win the series next week. “It is going to be a huge challenge and it will be a different South African side, as we know.

“It just makes for a good series. It is going to be a big week for us, and we will look forward to it.

“He (Anscombe) is a quality kicker. Both him and Dan (Biggar) are right up there.

“I had confidence in him because he had been kicking them so well during the week and in the warm-up. He missed one, but got the one that mattered.”

The Boks coach was trying to make out like it was all part of a master plan.

“We said from the start that we had a plan for 42 players.” said Nienaber. “If we had gone the conservative route and stuck with the same team – and let’s say we didn’t win the test match tonight – then we would probably have never given the other guys an opportunity.

“There was risk, but the answers you get out of it outweigh the risk.”