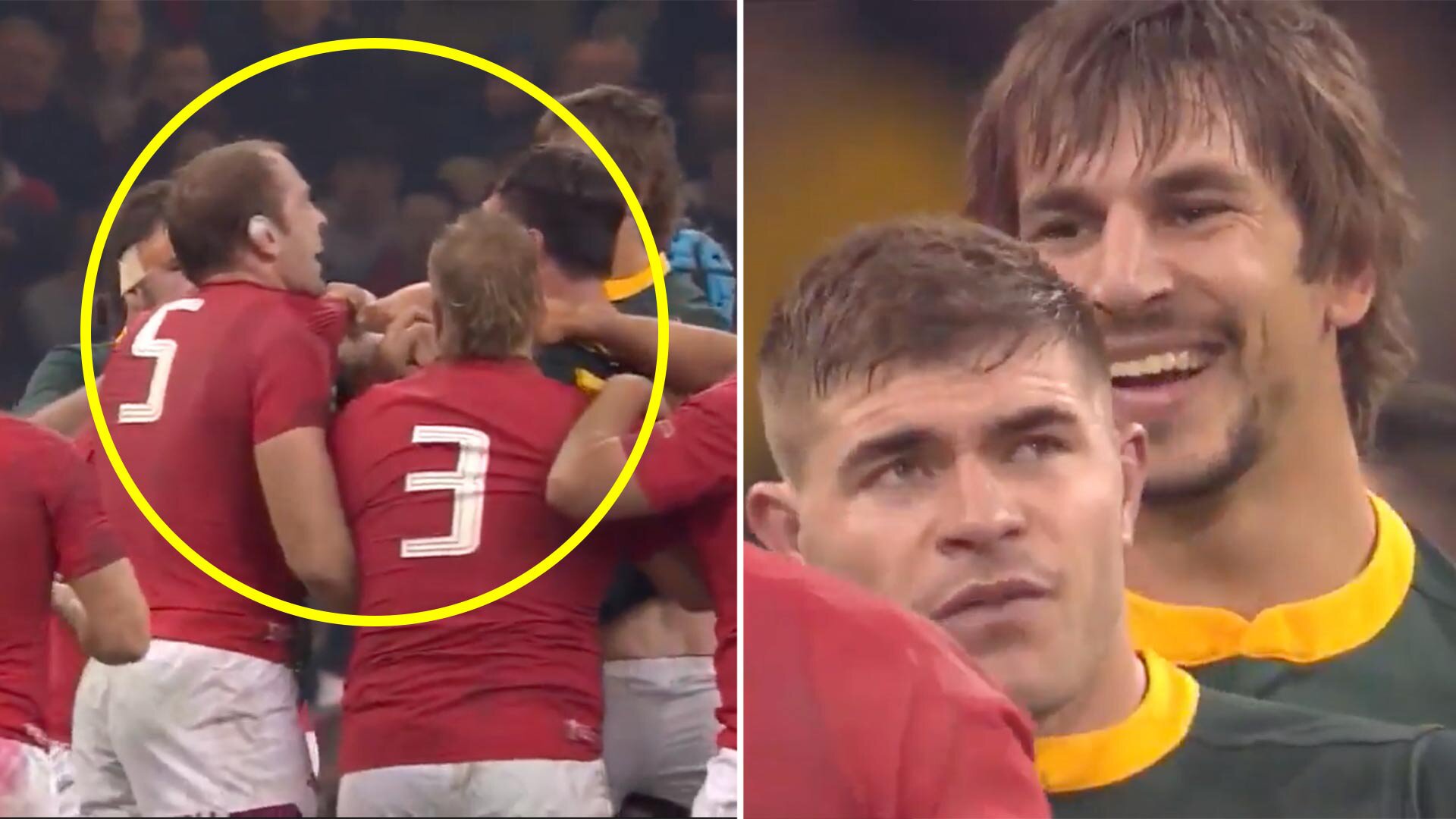 Alun wyn Jones embarrassed three Springboks back in 2018 after a series of dirty plays by the men in green back in 2018. This is why AWJ is the ultimate alpha in rugby.

Back in 2018, the South African rugby team was just recovering from a dismal 2016 showing where rugby fans thought that South Africa were never going to be the power that they once were in the sport.

By 2018 Big Rassie Erasmus had got them competing again on the World stage and they were confident that they would destroy this Welsh onslaught.

We’re about to show you a video of the Welsh legend embarrassing the South African giants such as Franco Mostert and Eben Etzebeth.

The confrontation started in the match when there appeared to be some afters between Franco Moster and Alun wyn Jones after a strong tackle at the principality stadium. If you look at the bottom left of this image, you can see one of the giants going IN on one of the Welsh players.

Obviously king AWJ doesn’t take well to this dirty play and looks to defend his honour. As we would all expect, two or three more South Africans such as Duane Vermeulen and Eben Etzebeth try and intimidate him. But the lock was having none of it.

The image here shows the Welsh captain taking no mess from the South African here. After the fracas, Alun wyn Jones is seen speaking to the ref.

Despite the Springbok enforcers trying to scare the Welsh legend, he held his own. This is why Alun Wyn Jones is considered by many to be one of the best rugby players in British history.

Take a look at this clip of AWJ going at it with the South Africa. Who came out on top?