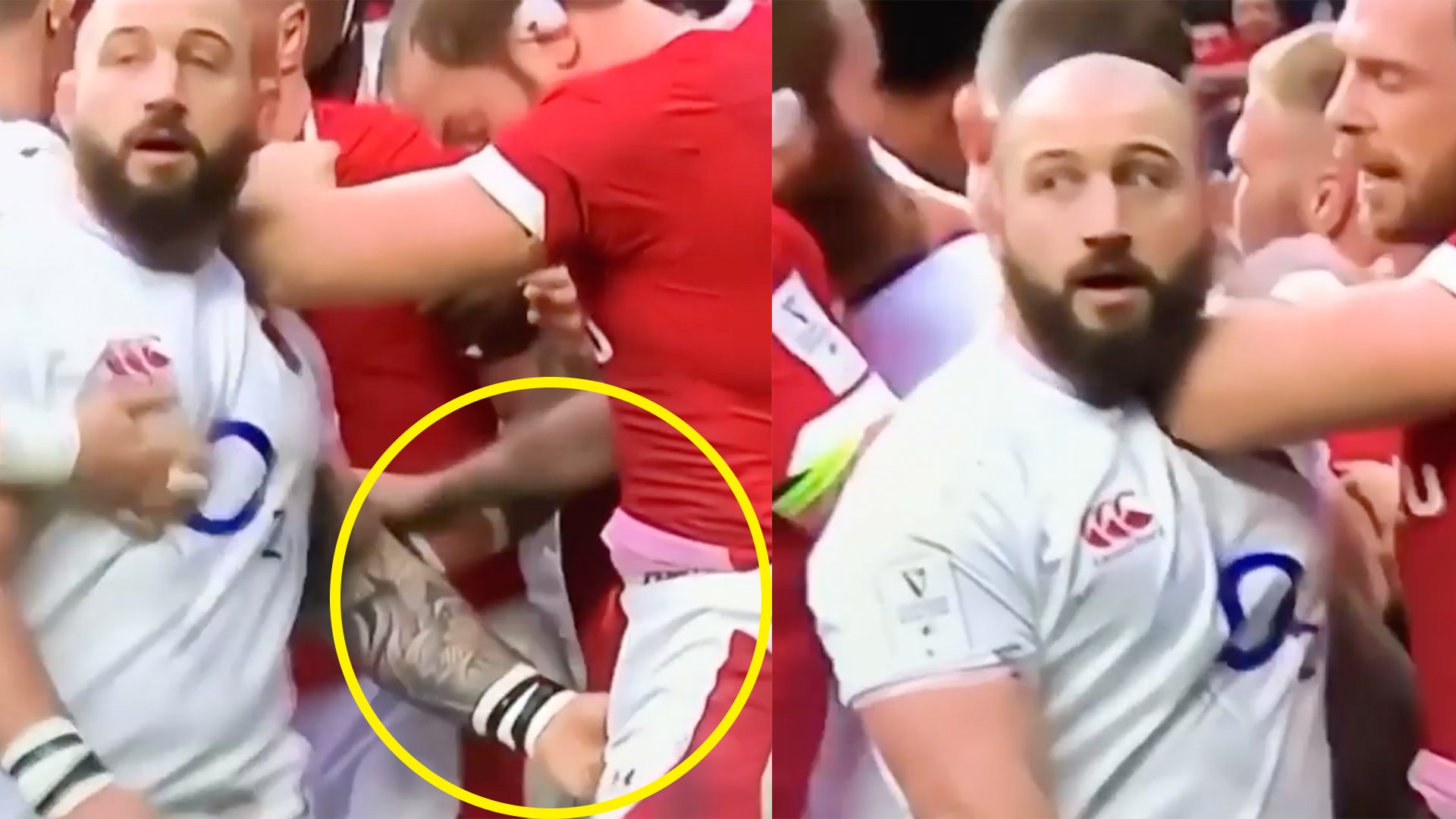 This is too much, we love it love it LOVE it! Joe Marler today decided to show Joe Marler how much he likes him and we can’t believe what we are seeing.

As England take on Wales in the Six Nations, much of the focus is on the match, Owen Farrell losing his head, Jonny May coming off injured… and Joe Marler feeling up the Welsh captain.

We heard all this ruckus and then we realised… Joe Marler was feeling him up.

The Internet is collectively losing it’s mind at this as the popular prop is back to his playful best. Rugby fans are raving about it online and we can’t blame him.

Here is the clip of him going for a cheeky feel…

Marler, a Harlequins Academy graduate, has become a world-class loosehead prop since establishing himself as a senior squad member in 2010.

Marler was, of course, extracting the Michael, but it was a welcome break from the norm, everyone involved in the three-way trialogue taking it in the spirit it was meant.

Harlequins’ final match of the 2019/20 Heineken Champions Cup campaign saw centre Tom Penny make his debut for the Club, with Academy hooker Sam Riley in line for his first appearance, off the bench.

Head of Rugby at Harlequins, Paul Gustard said: “We wanted to make sure that we have a big, physical team to counter the threats of Clermont. We know they have a very strong set-piece, they have the highest ball-winning lineout in the French Top 14 and we need to cut off their water and lights.