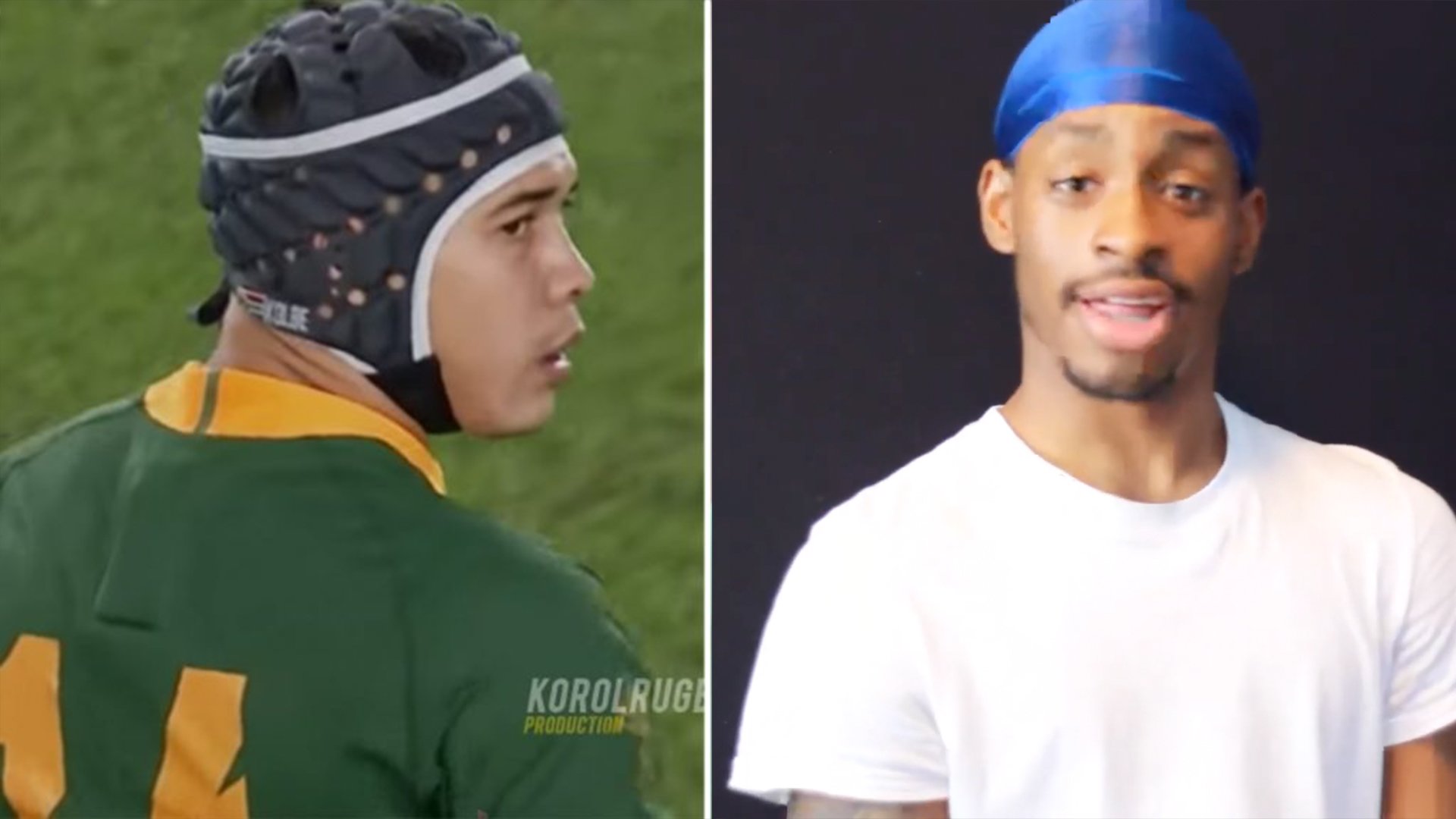 An American vlogger loses his mind when he reacts to South African super winger Cheslin Kolbe for the first time!

He was reacting to the South African speedster for the first time online having no idea about how good the player was.

From the moment the American saw how good Kolbe was, he lost it!

The videomaker had to rewind the video several times because he could not get over what he was witnessing. The way he reacts to Cheslin Kolbe is brilliant!

What we would give to be able to see Kolbe in action for the first time again!

The World Cup-winning winger is known for wreaking havoc on the wing, but World Cup-winning Springbok Cheslin Kolbe went into unchartered territory with a shock positional switch for Toulouse earlier in the season.

We are massive fans of Kolbe here at Rugby Onslaught and we still can’t quite believe that we get to see him in action at 10 for Toulouse! He temporarily played at 10 for the French team in January and he actually played very well! Kolbe normally plays on the wing so it was interesting to see him try out a different position.