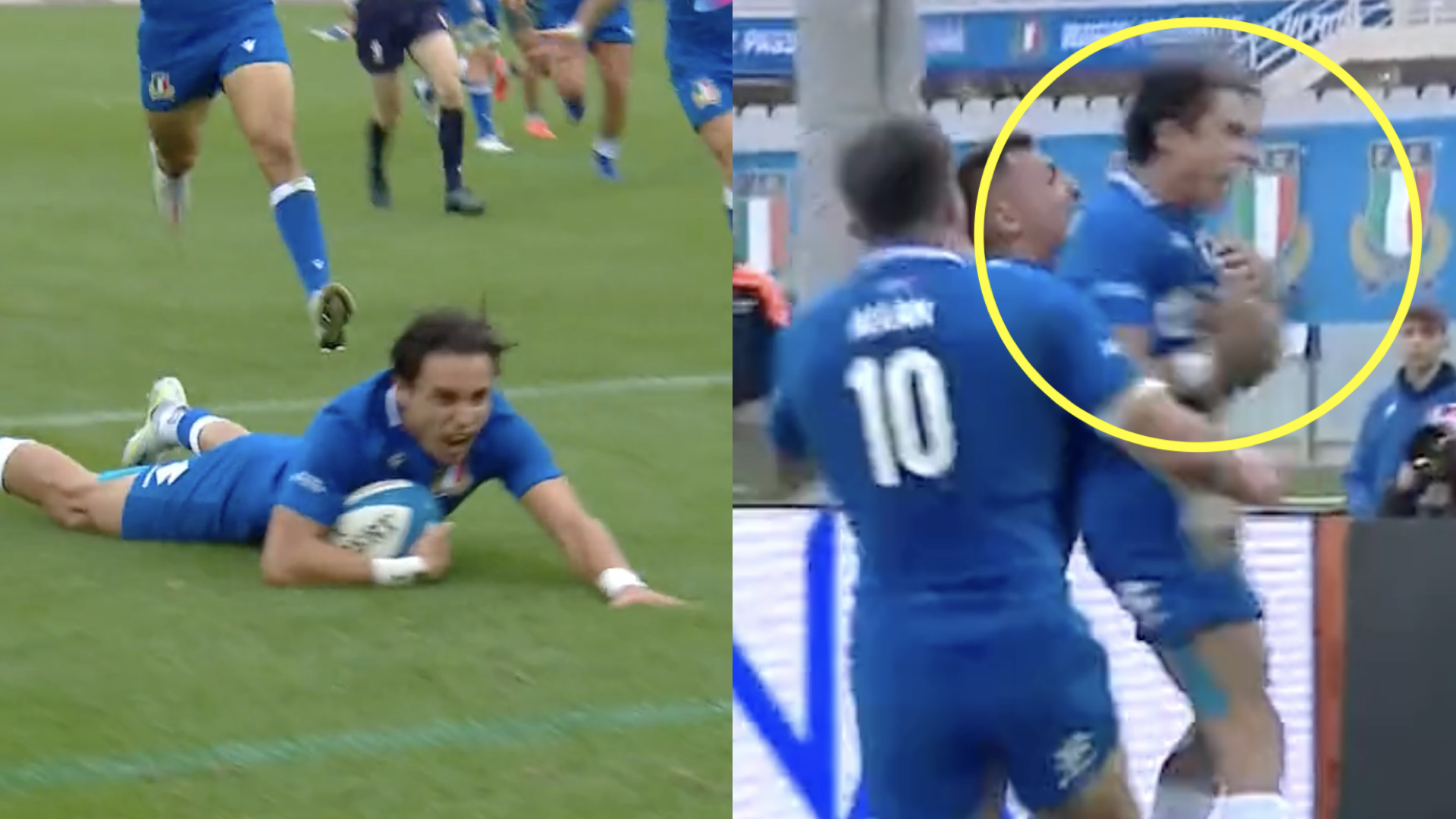 Italy’s Ange Capuozzo has done it again. After creating an epic try earlier this year to break Wales’ hearts in Cardiff in the Six Nations, he was giving Australia the same treatment today, this time scoring himself.

The 23-year-old fullback scored on 65 minutes to give Italy a ten point lead, and despite a late fightback from the Wallabies, they could not close the gap with the hosts winning 28-27. It did, however, all come down to a Ben Donaldson conversion in the final play of the match to decide the result, which the debutant missed.

Capuozzo’s first half try helped give Italy a 17-8 lead at half time and it was probably a better try, to be fair, as he showed some electric pace and a dummy for the ages to flummox Mark Nawaqanitawase. Take a look at the try:

This @Federugby team can play! 🔥

Italy host the Springboks next week, hoping to repeat their historic victory of 2016. Jacques Nienbaer might have been thinking about resting a few of his key players for that match with the World Champions facing France and England either side of it, but he might need to think again.