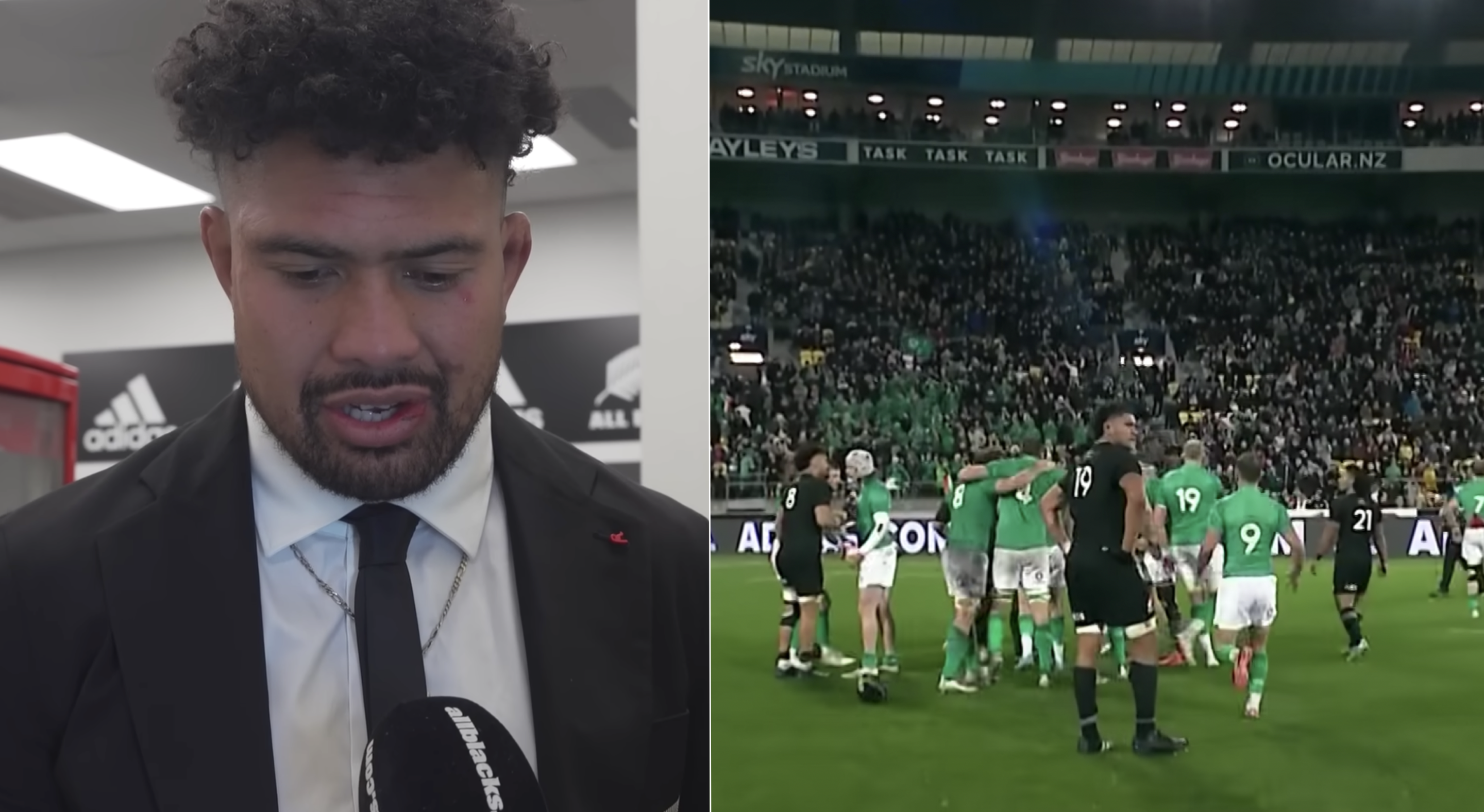 The All Blacks ran out of ideas against Ireland in the second and third Tests in Dunedin and Wellington, respectively, as they looked a shell of the team that dominated rugby for most of the century.

Gone are the days of the side finding a way to victory from the most perilous of situations, as they looked completely lost yesterday in the series decider as they chased the win.

This is a position the All Blacks have not been in in a long time and as a result the players don’t really know how to react. Ardie Savea’s interview after the match sums that up, as the All Blacks No8 could do nothing but apologise for the performance.

Despite being one of the standout performers for New Zealand across the series, Savea simply had no answers to what is going on, as they All Blacks have now lost four of their last five matches.

“Pretty heartbreaking to be on the wrong side of history,” the No8 said. “And it’s hard to put into words, just real disappointed. To all our fans out there, we just apologise. You’ve got to give credit to the Irish. They came out firing again. We just couldn’t handle the first half and we came back a bit in the second, but it just wasn’t our night tonight. It’s hard, but I’m lost for words

“We got riled up in half-time and we weren’t playing our game in the first half and we did that in the first 10 minutes in the second half, but, you know, there were just little moments in the game where we had the ball and we’d knock it on or turn it over in our own half and they’d punish us again. We know we can’t make those mistakes against a quality Irish team, we’re going to look really, really, really hard within. But the main thing is, we’ve got to stay together.

“Whoever makes the team or comes together, us as leaders, the management, the senior players, we’ve got to step up. We’ve got to lead this team and hopefully put some pride and some honour back in the jersey. Obviously, there’s going to be a lot of pressure in expectation outside noise, but I’m here for it.

“We’ve been anointed to be in this jersey, and it’s up to us to be able to regather and regroup, but the main thing is we’ve got to stay together. It’s going to be tough looking at ourselves after this series but it’s through the trenches where you grow and you become better.

“So yeah, it’s a hard pill to swallow tonight. It’s gonna be a hard week or two weeks. But we’ll sit on it and we’ve got to be better.”