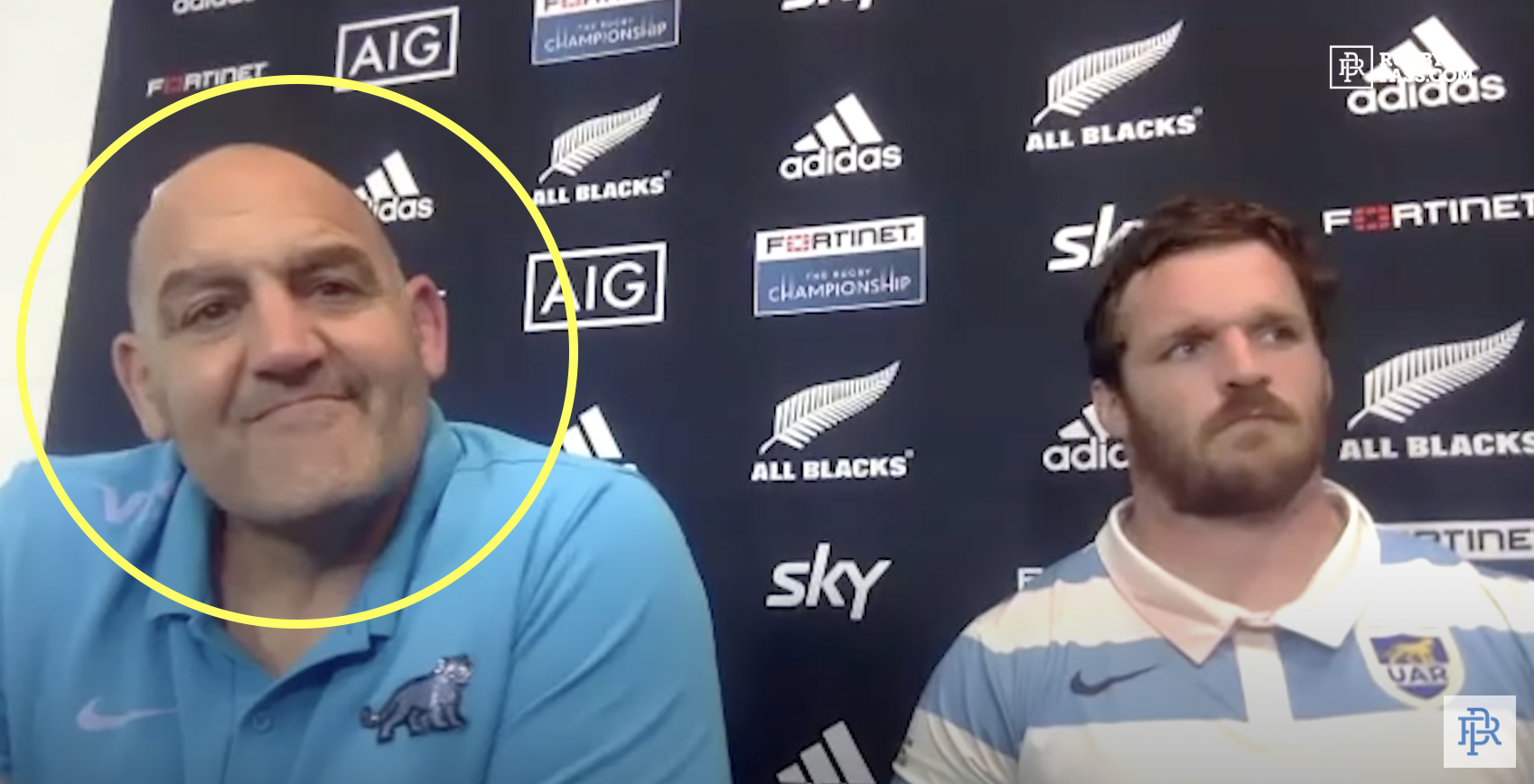 Argentina head coach Mario Ledesma has taken a swipe at South Africa director of rugby Rassie Erasmus by saying he is not “putting any videos on the Internet.”

Erasmus sent shockwaves across the rugby world back in July when he shared an hour-long video pinpointing the errors of referee Nic Berry following the Springboks’ first Test loss to the British & Irish Lions. The World Cup winning coach is still waiting to see how he will be punished by World Rugby for his actions. Alongside the mysterious Jaco Johan Twitter account that worked as an accomplice to Erasmus, these were two of a handful of incidents that drew negative attention to the former Springbok.

In the meantime, other coaches have not missed the opportunity to chip in with their opinion on the incident, and on this occasion the former Pumas hooker has had a little dig at Erasmus when discussing his side’s humbling 39-0 loss to the All Blacks on Sunday on the Gold Coast.

“We were ill-disciplined,” Ledesma said.

“I’m not putting any videos on the Internet or stuff like that, I’m fine. If I have something to say to the ref, I’ll tell the ref.”

Ledesma may have got one over Erasmus on this occasion, but the South African will have had the last laugh after South Africa triumphed over the Pumas on consecutive weekends, picking up nine points of a possible ten in the Rugby Championship.

South Africa slumped to a loss in round three against Australia, however, meaning a five point gap has opened up between them and the All Blacks. Meanwhile, Australia’s win took them off the foot of the table and four points ahead of Argentina with the two sides to play back to back fixtures at the end of the month.