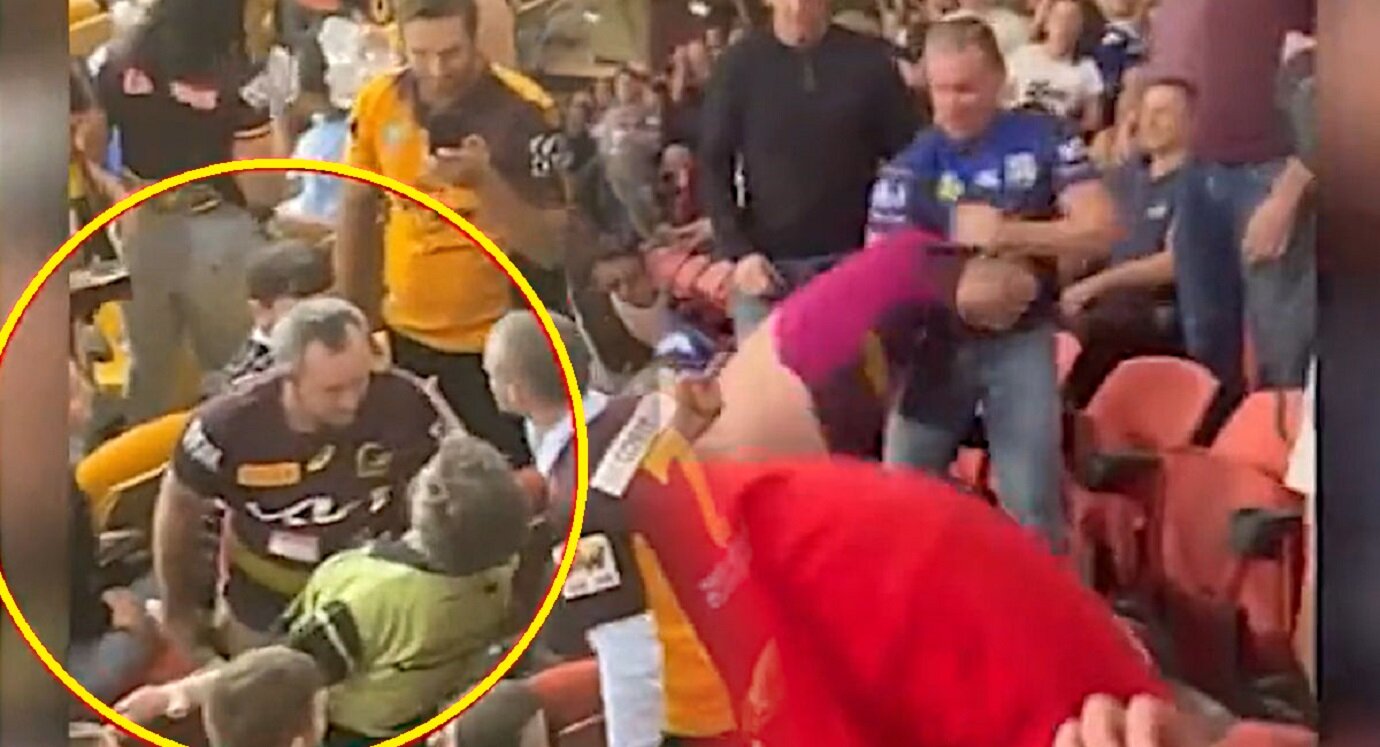 Australia is celebrating the beating of a noisy man that was roaring during an ANZAC Day moment of silence in the NRL.

The Broncos fans roared and shouted during the minute’s silence until the not particularly subtle NRL fans turned on their own.

One bloke saw him and shouted at him, and when that didn’t work, clocked him with a solid right. The blow semi-floored the middle-aged shouter, who stumbled back into the seats below him.

The bad man came back for more though and then sustained a barrage of knuckle sandwiches right up into his chops and guts.

The Australian media are loving it the leathering the man took. Literally no suggestion that the violence that followed was anything but appropriate.

“Last night’s Broncos win over the Bulldogs in Brisbane was overshadowed by violence, after one supporter repeatedly broke the pre-game minute’s silence for ANZAC Day commemorations.”

Last night's Broncos win over the Bulldogs in Brisbane was overshadowed by violence, after one supporter repeatedly broke the pre-game minute's silence for ANZAC Day commemorations. @JordanFabris9 #9News pic.twitter.com/iwFWnELdUV

Anyway, it’s a rather entertaining video.

By the way, ANZAC day is described on Wikipedia as a national day of remembrance in Australia and New Zealand that broadly commemorates all Australians and New Zealanders “who served and died in all wars, conflicts, and peacekeeping operations” and “the contribution and suffering of all those who have served”.