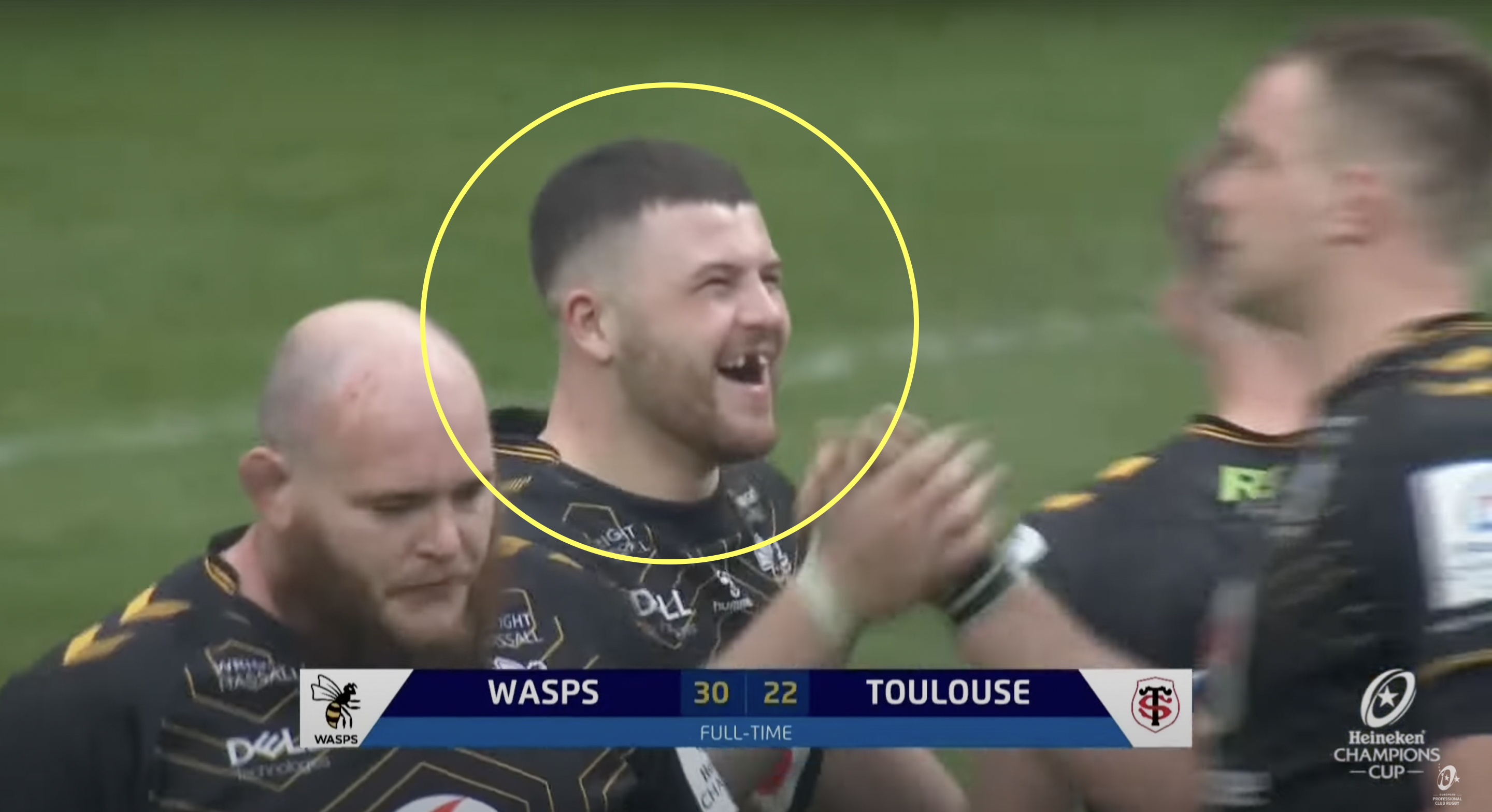 If Alfie Barbeary had put himself in a good position to be picked for England for the Six Nations with his performance over the Gallagher Premiership leaders Leicester Tigers last week, he practically booked his place in Eddie Jones’ squad with his display against reigning Heineken Champions Cup and Top 14 winners Toulouse today.

The blindside flanker was at his rampaging best in his man of the match display at the CBS Arena, bagging a try in the second half when he bulldozed over France No8 Anthony Jelonch. The 14-cap Frenchman, like most defenders, was fairly helpless when it came to stopping the 21-year-old, as Wasps pulled off a miraculous win.

Even though he recently came back from injury, it would be surprising if he does not at least make the England squad for the Six Nations, but on the form of the past two weeks, it seems likely that he may be earning his first cap over the coming months.

Only moments after scoring his try, he was at the centre of the action again as his interception and hack down field almost led to a try for Josh Bassett. That would have been the cherry on the cake.

Twitter has understandably been on fire following his match, and the calls for him to be selected in Jones’ squad this week have only intensified.