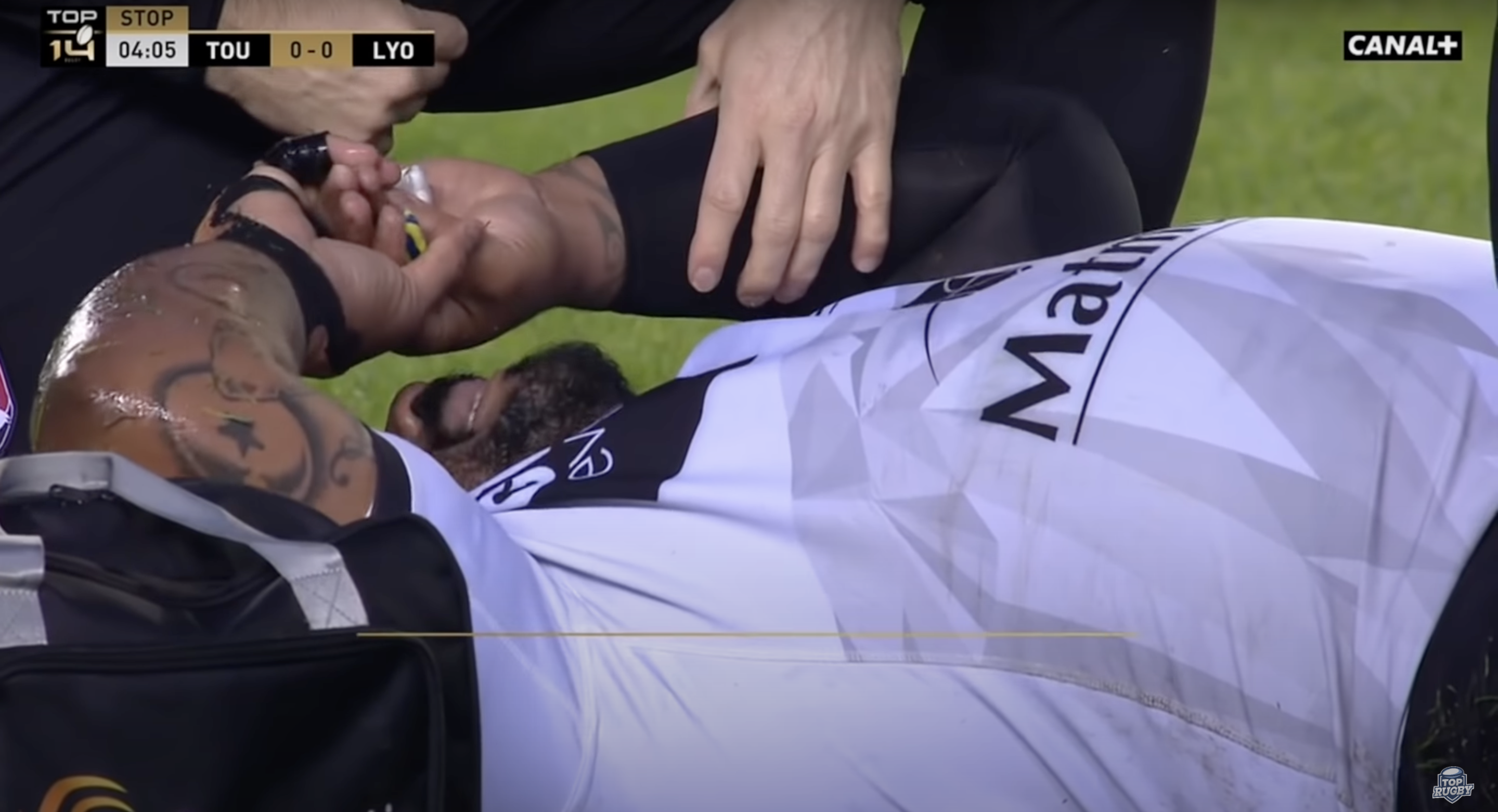 Lyon’s Mathieu Bastareaud has provided an update on his latest knee injury which has kept him out of action since November.

The former France centre threw his career into doubt at the end of last year when he collapsed to the ground after tearing the quad tendon in both knees just minutes into a match against his former club Toulon. That came just a week after returning from a hand injury. That injury came at the beginning of the season when he had just returned from another long term injury to his left knee suffered in December 2020.

This is what he posted on social media in November: “Unfortunately the results of the MRI reveal a rupture of the quadriceps tendon in both knees,” the 54-cap France international said.

“It’s a huge blow. Now, it’s a long road that awaits me and I know I’m well surrounded with my family, my loved ones and the club. I will take the time it takes to get back to 100%… and as for my future, I give myself time to think about it. I also wanted to thank you all for your messages of support during these last days.”

However, recent images suggest that he has not given up on his rugby career, as both he and Lyon shared photos of him back in training this week. The 33-year-old also hashtagged “step by step” and “rehab”, so it may be a while before he is playing again, but these are very positive signs for those that thought his career was coming to an end.

This is particularly interesting as many people are interested to see how this experiment of playing him at No8 works out. This long string of injuries has curtailed his progress at the back of the scrum, where he has been playing since 2019.

Take a look at what he wrote:

Take a look at the injury: